Evelyn Jones can be a good pick for this match. 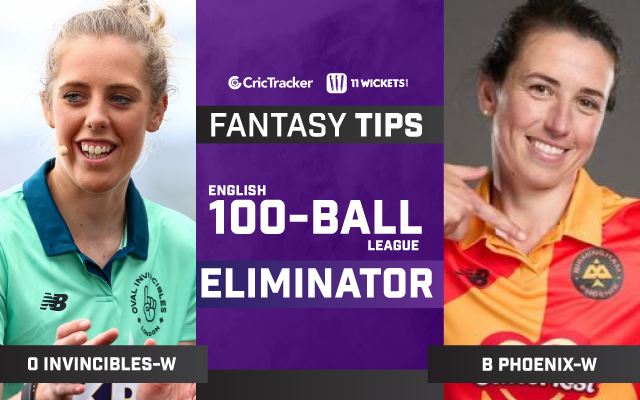 Oval Invincibles Women and Birmingham Phoenix Women will lock horns against each other for the Eliminator on Friday, August 20. The former have won four games in this tournament. On the other hand, the latter have registered equal number of wins.

Heading into this crucial game, both the teams will be determined to bring their ‘A’ game on the field. The Southern Brave Women have made it to the finals already. It would be thus interesting to watch who joins them for the summit clash.

The pitch is expected to be inclined towards the bowlers. Both pacers and spinners might get good assistance from the pitch and the batters would have to build on their innings.

Evelyn Jones can be a good pick for this match. She has been impressive in the tournament for the Birmingham Phoenix. In the tournament so far, she has chipped in with 233 runs.

Dan van Niekerk has been a vital player for the Oval Invincibles. In the last match, she scored 31 runs. In the tournament so far, van Niekerk has chipped in 231 runs. She will be a good player to bank on.

Tash Farrant has been exceptional for the Oval Invincibles. In the tournament so far, she has scalped 14 wickets. Farrant will be determined to take her momentum further. 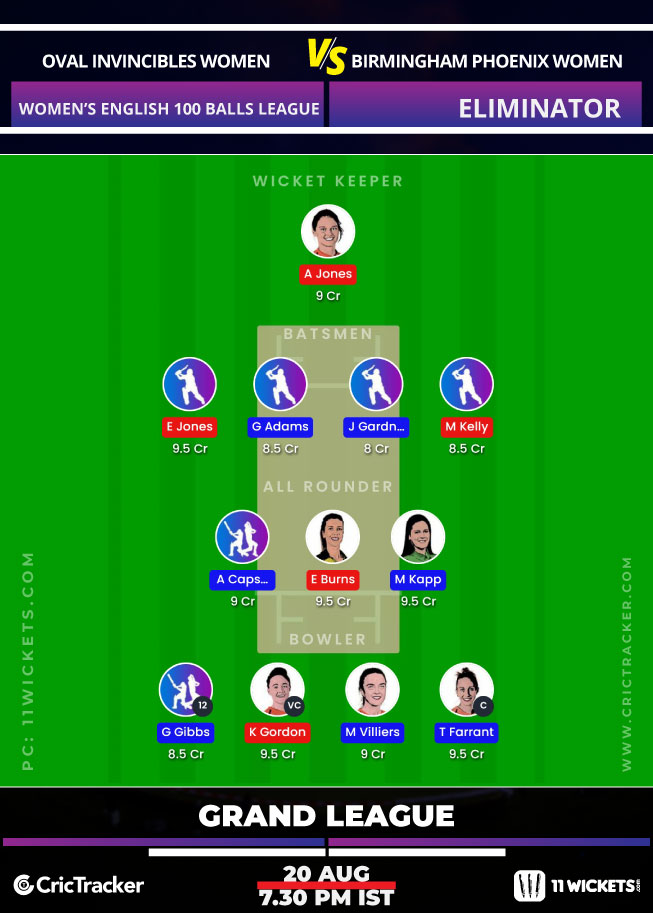