Dane van Niekerk can fetch you points in both innings.

A new chapter will be added to the book of cricket, as English 100 Balls Tournament, a brand new tournament with plenty of new rules, will kick start its journey. In match 1 of the women’s competition, Oval Invincibles will take on Manchester Originals.

It will be an interesting watch, not only because of the new rules, but also because of how the teams have stacked themselves. Both teams have some recognized English talents and also overseas stars. Protean starts Marizanne Kapp and Lizelle Lee will be seen in action, while India’s very own Harmanpreet Kaur will also feature.

It’s a batting-friendly track here at the Kennington Oval. The team winning the toss should look to bat first.

Dane van Niekerk can fetch you points in both innings. In T20I cricket, she has scored 1800+ runs and has also picked 60+ wickets.

Marizanne Kapp is another Protean all-rounder who should feature in your team. She has scored nearly 1000 runs and has picked up 60+ wickets in T20I cricket.

Harmanpreet Kaur will ply her trade for Manchester Originals Women in this competition. The Indian swashbuckling all-rounder has scored over 2000 runs in T20I cricket. 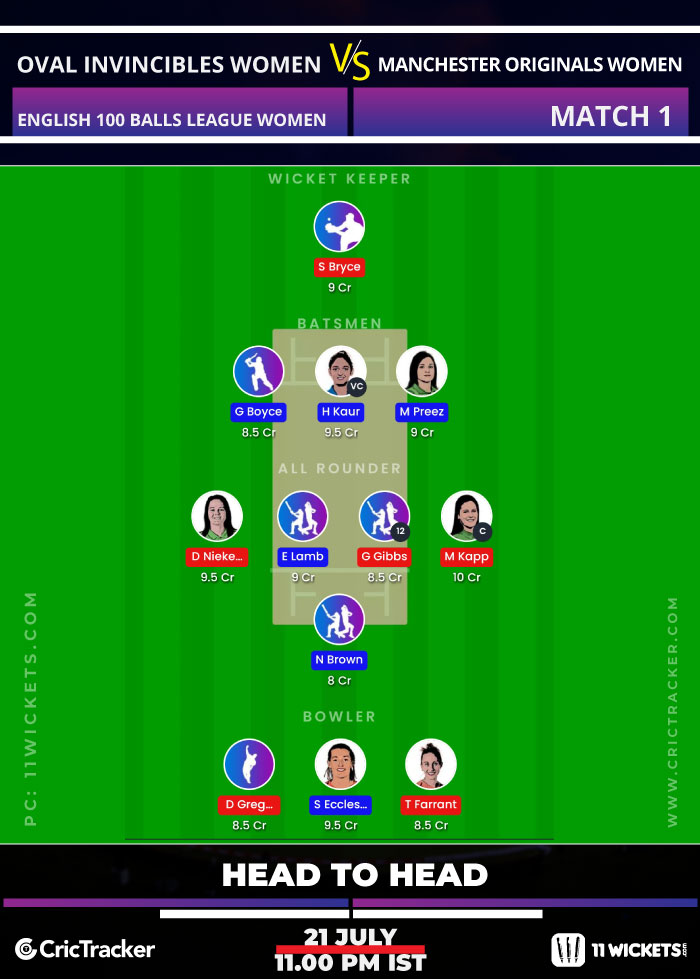 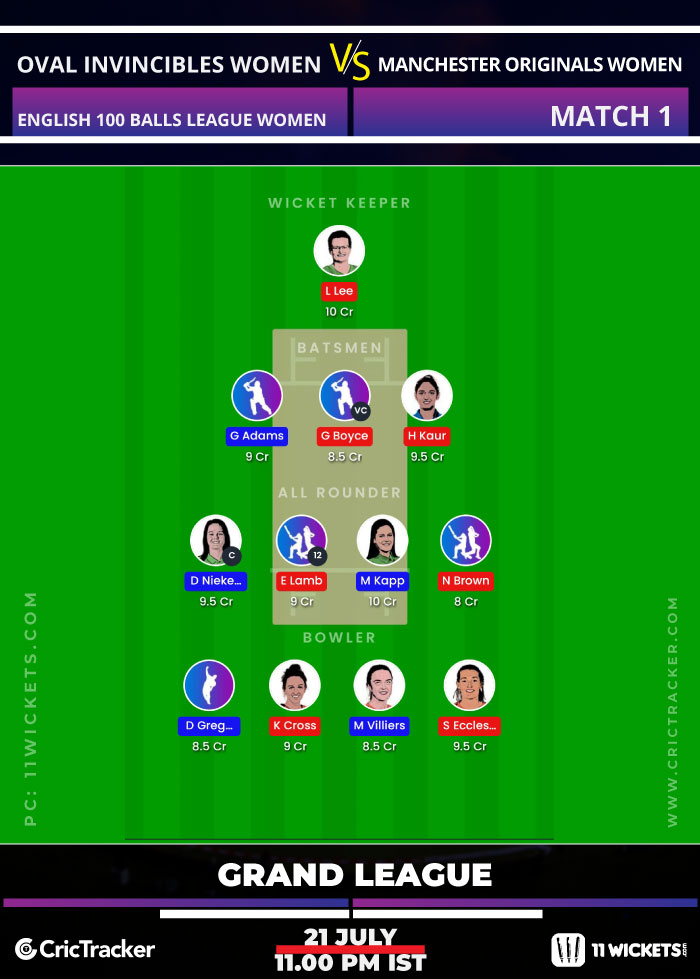