The 4th match of the Hong Kong Premier League T20 2020 will be played between Pakistan Association of Hong Kong and the United Services Recreation Club at Mong Kok.

The second match of the Hong Kong Premier League T20 of this year promises to an interesting one, as it is the defending champions taking on a team that fared poorly last season.

There’s no doubt that Pakistan Association of Hong Kong start as the favourites for this match-up, but one can ill-afford to count United Services Recreational Club out. Even though they start as the underdogs, having already played a match, they will know the conditions better than the heavyweights.

The weather at Mong Kok is expected to support a complete game of cricket. The temperatures will be hovering between 24 to 26°C throughout the game with some cloud cover on offer. One can expect the new ball to swing.

Since this is the first game of the season at Mong Kok, the behaviour of the pitch remains a mystery.

Also Read – RCB have a bowling unit that Virat Kohli has belief in: Scott Styris

Babar Hayat was the leading run-scorer for Pakistan Association of Hong Kong in the last season. He amassed 95 runs from innings at an impressive strike rate of 167.

Shahid Wasif has had a decent record when it comes to T20s. The wicket-keeper batsman has managed to score 261 runs from 17 innings at a strike rate of 112.

Skhawat Ali was the leading run-scorer for United Services Recreational Club in the least season. He finished with a tally of 89 runs from 4 innings, but the strike rate was below par at 90. He will be eager to improve that this time.

Ehsan Muhammad was the leading wicket-taker for his side last season. He finished with 7 wickets from 4 innings with an impressive economy rate of 6.22 runs per over.

Tanwir Afzal had a decent season last time around. The all-rounder managed 49 runs with the bat; striking at a rate of 129. He managed to pick up 4 wickets from as many matches at a decent economy rate of 7 runs per over.

Also Read – MS Dhoni should have played like the Dhoni of old: Kris Srikkanth 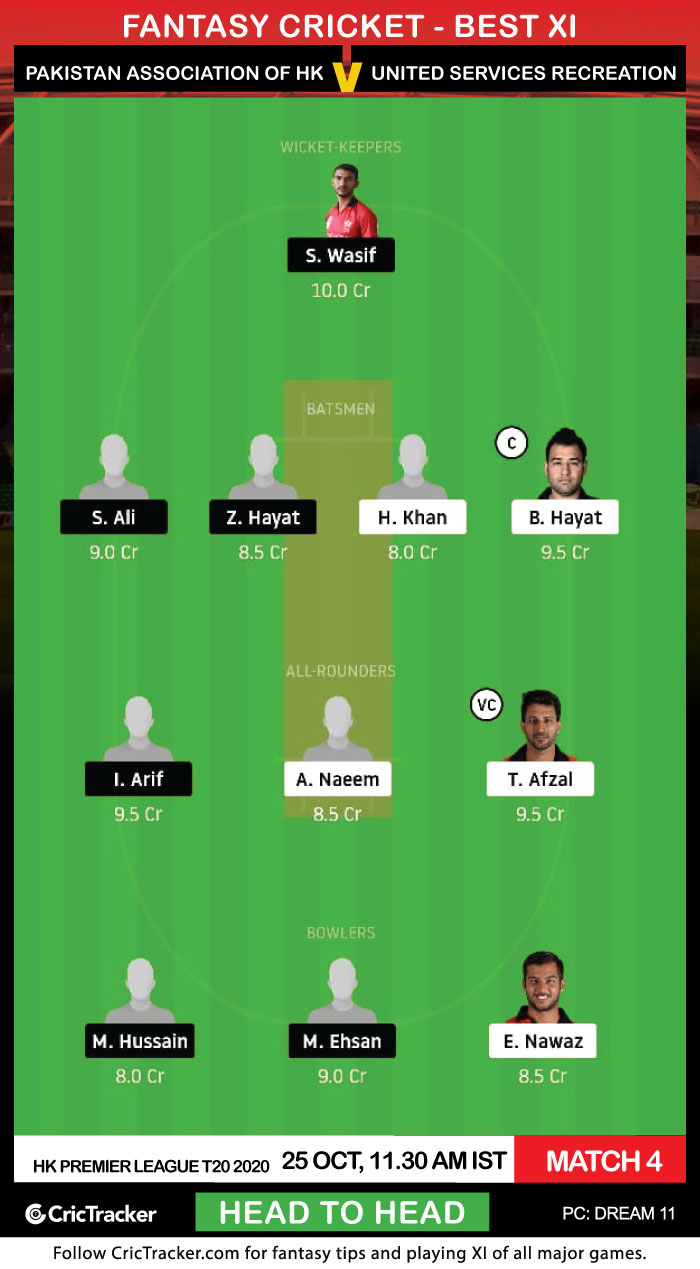 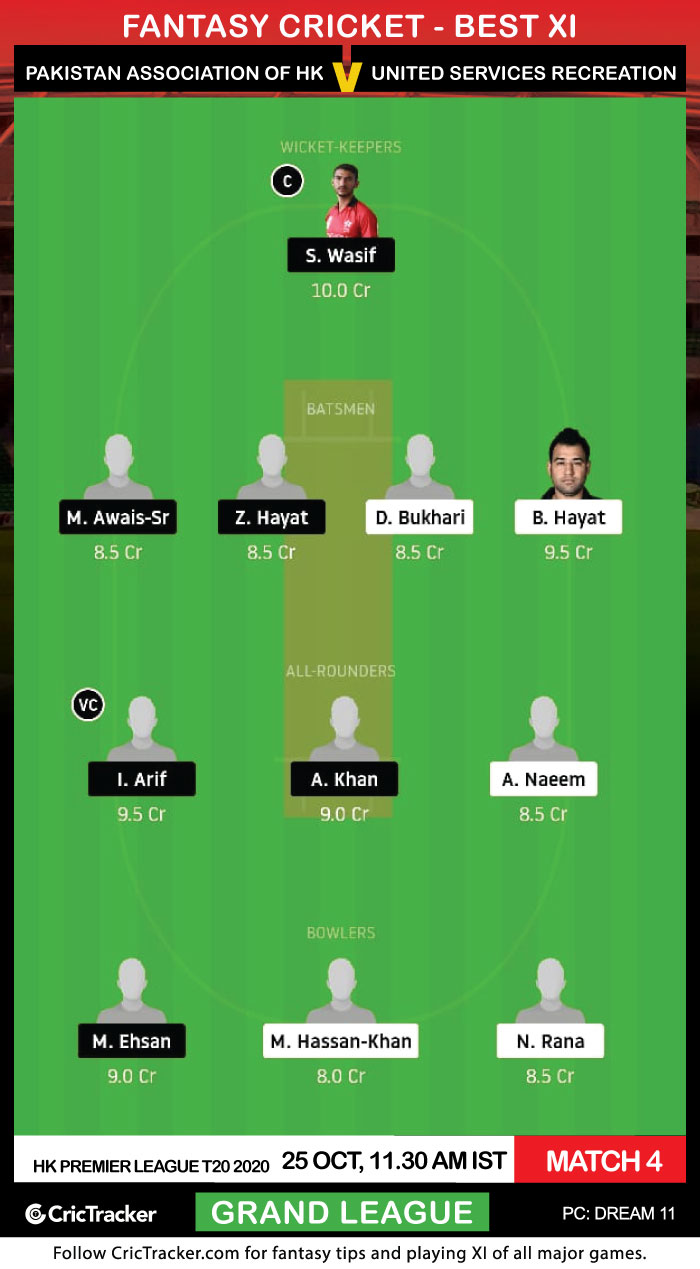 Since the behaviour of the pitch is unknown, it is advisable to have at least 3 all-rounders in your squad to have all bases covered.

Pakistan Association of Hong Kong can be backed to take this one.