Having added experience to their squad, Pakistan are expected to beat Zimbabwe in the first T20I. 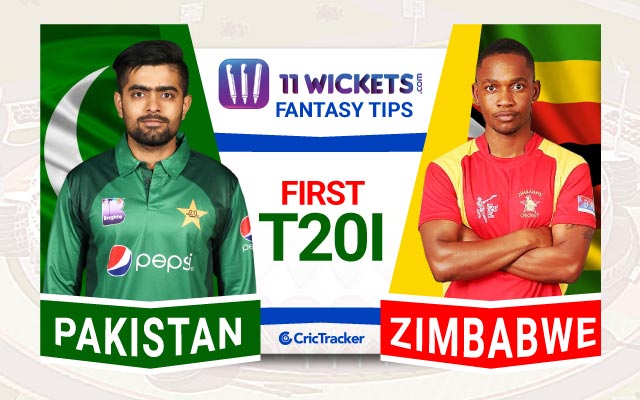 The 1st match of the T20I series between Pakistan and Zimbabwe will be played at Rawalpindi Cricket Stadium, Rawalpindi.

Pakistan might have beaten Zimbabwe by a margin of 2-1 in the ODI series, but it was far from a cakewalk. Zimbabwe put up a great show in the first ODI and at one stage were looking all set to go over the line. While that wasn’t to be, they pulled off a great victory in the second game.

After a below-par batting display, their bowling unit rattled the formidable batting lineup of the green shirts. The match eventually went to super over, where Zimbabwean speedster Blessing Muzarabani conceded only 2 runs and picked up 2 wickets. They will be full of confidence coming into this game, while a cautious approach is what Pakistan will be after.

The weather, as is the case in November’s Pakistan, is looking all sunny with zero chances of rain. The temperature is expected to be around 29 degrees Celsius.

The pitch here is a balanced one, which will both support the batsmen and the bowlers, especially the seamers. Anything under 160 should be considered a poor batting display.

Pakistan have made 3 changes from their ODI squad. Imam-ul-Haq, Haris Sohail and Abid Ali have been left out, while Rohail Nazir, Mohammad Hafeez & Shadab Khan have been included.

Babar Azam was in sublime knick in the ODI series. He amassed a total of 221 runs in 3 games, at a staggering average of over 100 and a strike rate of over 100 as well.

Mohammad Hafeez‘s inclusion in the squad will certainly lift the spirits in the Pakistani camp. The veteran all-rounder was in brilliant form in the recently concluded National T20 Cup, where he scored 433 runs at an average of over 50.

Sean Williams was one of Zimbabwe’s most consistent performers in the ODI series. He scored 197 runs at an average of almost 100, and also picked up a wicket.

Blessing Muzarabani is the man who stole the limelight in the last game. He picked up 5 wickets in the game, and in the super over, where it mattered the most he picked up 2 wickets by conceding just 2 runs.

Haider Ali has not been at the top of his game in the ODI series, scoring 42 runs in 2 games. However, a career T20 average of almost 30 and a strike rate of over 155 proves why he can be a great differential pick. 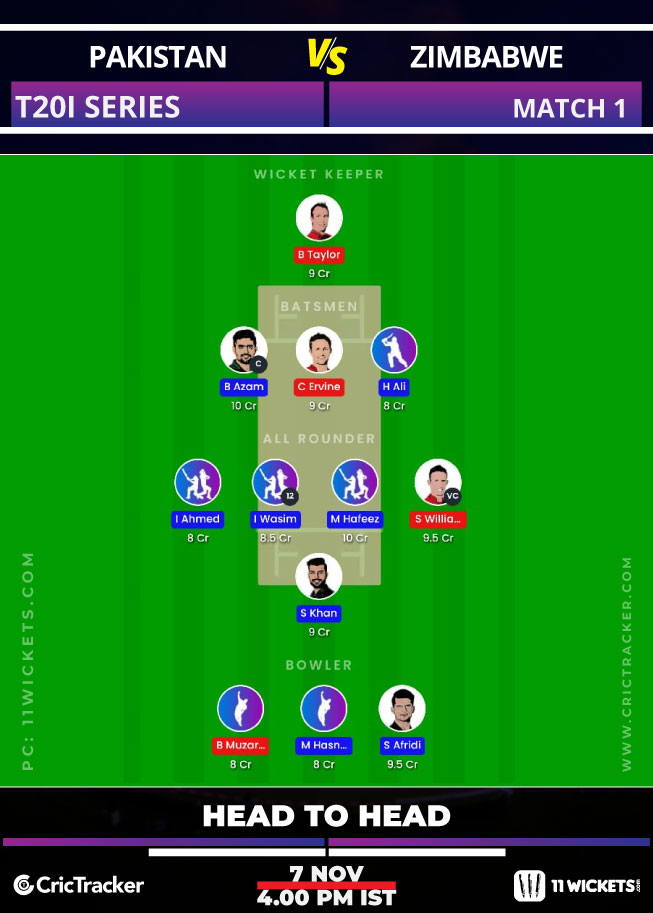 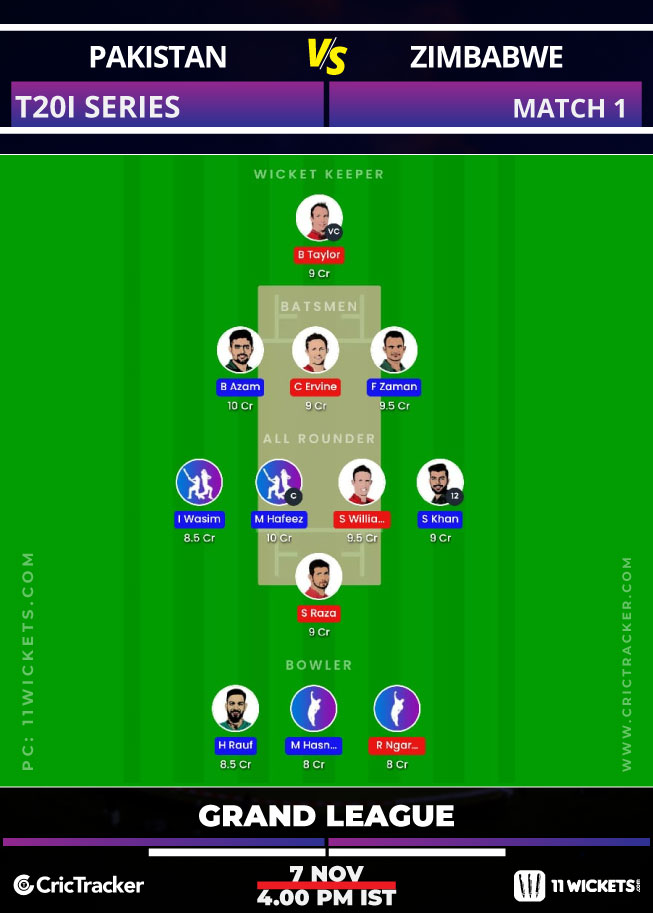 Brendan Taylor was Zimbabwe’s highest run-scorer in the ODI series, with 204 runs to his name. He maintained an average of over 65 and a strike rate of over 90. He can be a good pick for vice-captaincy.