Pakistan are expected to take the lead in the 3-match ODI series against Zimbabwe. 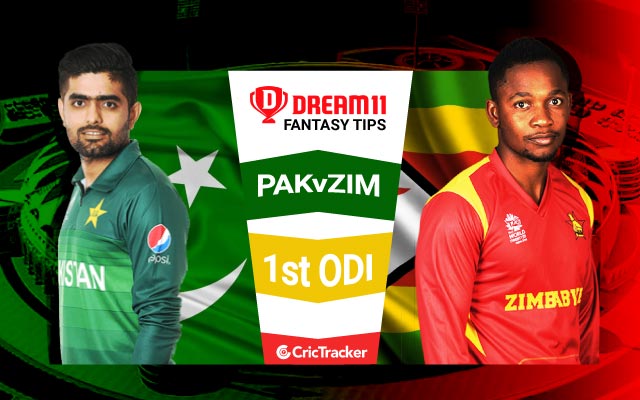 The 1st match of the ODI series between Pakistan and Zimbabwe will be played at Rawalpindi Cricket Stadium, Rawalpindi.

After a long wait, the Pakistan cricket team will be taking the field again on Friday. The first ODI of the Zimbabwe tour of Pakistan will be played on the 30th of October 2020 in Rawalpindi. The two teams have a pretty balanced squad with a good mix of experienced players and youngsters.

Pakistan are the obvious favourites, but their team has been fairly inconsistent in the last few years. It will be interesting to see their team combination, as the national selectors have shown faith in many relatively unknown cricketers who have excelled in the recently concluded National T20 Cup. Zimbabwe, on the other hand, have the capability to upset big teams. They have done it time and again in the past and would be looking for the same on Friday.

It will be a sunny day in Rawalpindi. The temperature will be around 27 degrees Celsius.

This will be the first ODI at this venue in over a decade. The pitch has looked good at the recently concluded National T20 Cup. In Pakistan Cup 2019, the average first innings score was 319 in 11 games. The lowest score was 269, which happened to be the only score below 285-run mark. In 11 matches, 7 teams scored 300+ by batting first.

Shadab Khan is nursing a leg injury and will not be available for this match.

Babar Azam is one of the best batsmen in world cricket currently. With an ODI average of 54.17, he could well be on his way to becoming the quickest to 4000 ODI runs, beating the current record-holder Hashim Amla.

Shaheen Afridi has been in the form of his life, performing consistently in the recently concluded tournaments, Vitality Blast and National T20 Cup. He will be a big threat to Zimbabwe.

Sean Williams, the experienced left-hander, will play a crucial role in his team. He is only 239 runs short of 4000 ODI runs and would like to get the landmark in this series.

Brendan Taylor is third on the list of all-time leading run-scorers for Zimbabwe. Having been a part of this side for more than a decade, he is the most experienced cricketer in the Zimbabwe team right now.

Haris Rauf can be a good economical pick for either of your two Dream11 Fantasy teams. He has performed well in the National T20 Cup recently.