Pakistan has a few issues to address heading into the next game.

Pakistan suffered a massive blow in the first ODI against Australia at the Sharjah Cricket Stadium. The team, captained by Shoaib Malik, lost the game by 8-wickets and are currently 0-1 down in the series. The visitors played some highly clinical cricket in the series opener and were clearly the better side on the day.

Aaron Finch registered his 12th ODI century in the match. With the help of Shaun Marsh’s unbeaten 91, the visitors chased down a steep target of 281 with one over to spare. Pakistan will need some great efforts to break Australia’s momentum. The Kangaroos have now won four ODIs on the trot and will be looking to making it five in a row when they take the field on Sunday.

The second game of the 5-match ODI series between Pakistan and Australia will be hosted by the Sharjah Cricket Association Stadium.

The game will be live on Sony Six and Sony Six HD in India. (Live streaming in Sony Liv)

The Sharjah track isn’t a very high scoring track. After watching the first ODI, chasing at this venue could be ideal. 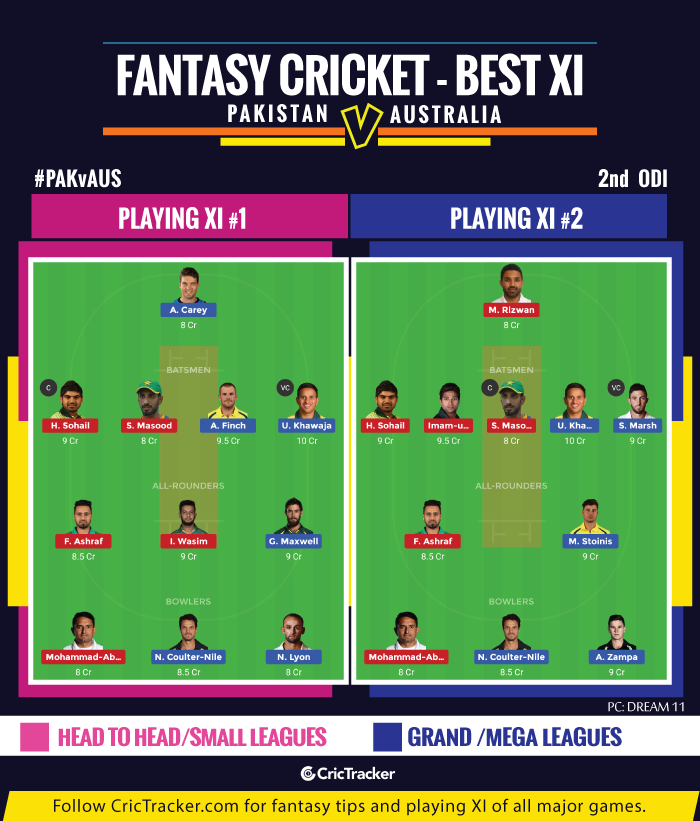 Australia are predicted to win the match.