Faheem Ashraf has been rested for the last three ODIs.

Australia are on a rampage in the ODIs at the moment. After struggling for a long time in the format, they have won five matches on the trot. As far as this series is concerned, they are leading the five-match series by 2-0 and are the favourites to seal the deal in the third game itself. Pakistan, on the other hand, have looked listless having batted first after winning the toss on both the occasions.

Moreover, their ace all-rounder Faheem Ashraf has been rested now which makes the things more difficult for their skipper Shoaib Malik. Change of venue can also play a part in this game and the spinners are likely to come into play. Australia are unlikely to tinker with their playing XI. Having said that, even they will be eager to try out the likes of Ashton Turner in this series. Though winning the series will be the focus at the moment.

The third game of the 5-match ODI series between Pakistan and Australia will be hosted by the Sheikh Zayed Cricket Stadium in Abu Dhabi.

Suggested Playing XI No.1 for Head to Head/Small League: 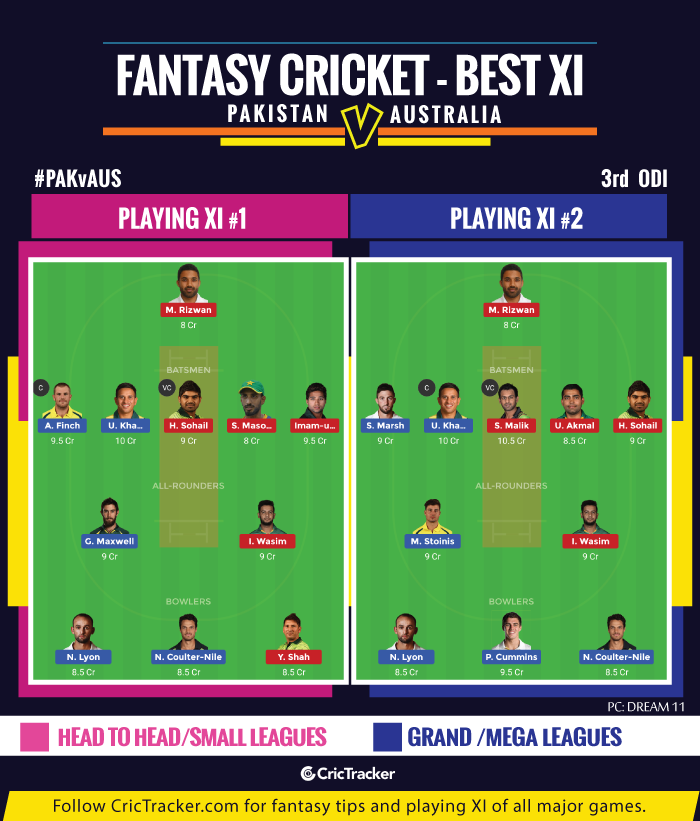 Australia are expected to win and seal the series. But the change in venue might change the fortunes for Pakistan.