Shoaib Malik scored a brilliant knock of 58 runs in the series opener and he is one of the players that cannot be ignored while picking any Dream11 Fantasy side.

The second game of the three-match T20I series between Pakistan and Bangladesh will be played at the Gaddafi Stadium in Lahore.

Pakistan got off to a great start as they won the series opener by five wickets. They would be eager to replicate the form in the 2nd game of the three-match series. In batting, they have Shoaib Malik, Ahsan Ali, who contributed well in the previous match and the same performances will be expected from them in the upcoming match. Also, their bowlers did a commendable job with the ball in 1st T20I as they successfully restricted the opponents.

Bangladesh batsmen failed to perform as a unit in the first game of the series. They need to come up with a strong batting display in the 2nd T20I against a strong bowling line up of Men in Green. On the other hand, their bowlers did a commendable job, who forced Pakistan batsmen to work hard for every single run. However, their commendable effort went in vain as the hosts registered a five-wicket win. Nevertheless, Bangladesh will certainly bank on their bowlers in the upcoming match to level the series.

It will be a cloudy day with precipitation of 11% as the chances of rain are quite slim on the match day. The wind will blow at a rate of 7 to 9 km/hr whereas the temperature is expected to deviate between 7 and 18 Degree Celsius throughout the day according to Accuweather.

The surface for the series opener was criticised a lot. The ball wasn’t coming on to the bat and at one stage, the score of 141 looked par. If the match will be played on the same surface, then the trend might continue for this game as well. The team winning the toss is expected to bat first.

Shoaib Malik scored a brilliant knock of 58 runs in the series opener and he is one of the players that cannot be ignored while picking any Dream11 Fantasy side. Mohammad Naim also showed a glimpse of his good form in the 1st T20I in which he amassed 43 runs for his side and he will look to replicate his form in the upcoming game. 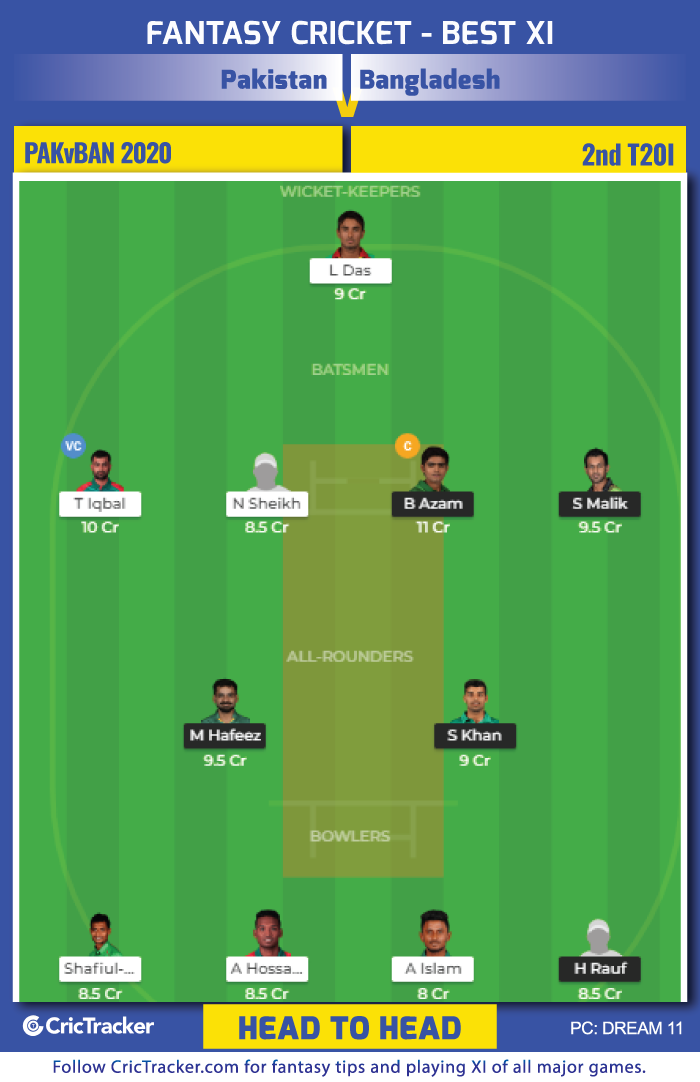 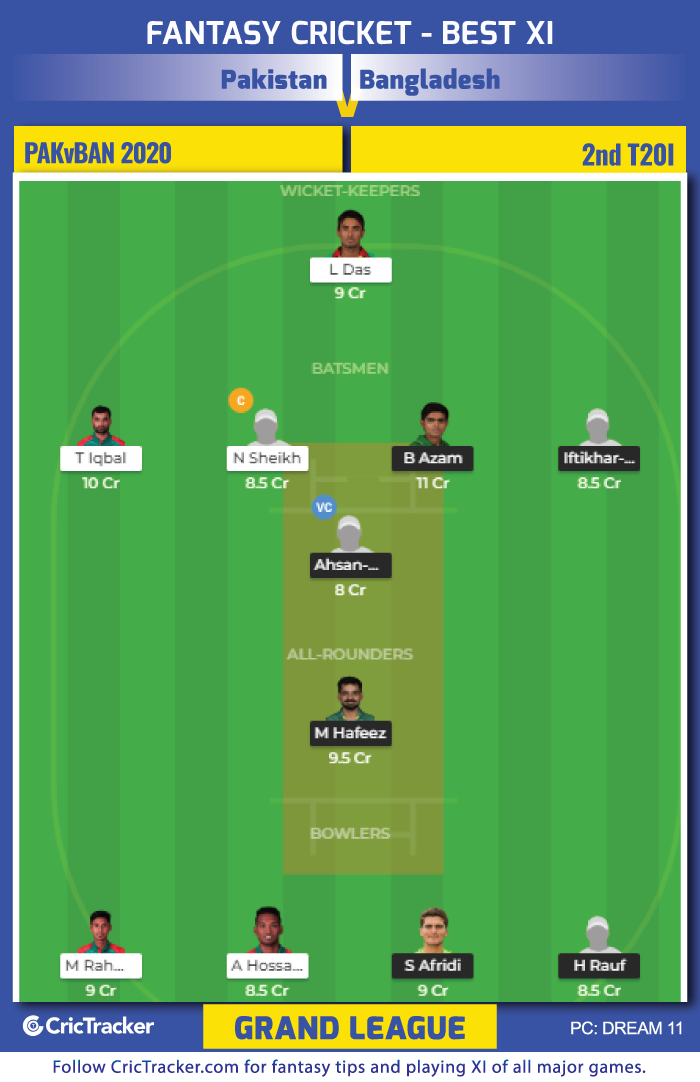 Babar Azam failed to play a good knock in the series opener against Bangladesh. However, he would be eager to come up with improved performance in the next game. The users should not ignore the Pakistan skipper while picking Dream11 Fantasy side.