Muneeba Ali and Aliya Riaz are the captaincies pick for your fantasy teams.

PCB Dynamites will lock horns with PCB Strikers in the 12th and final league fixture of the Pakistan Women’s One Day Cup 2021 on Sunday. PCB Dynamites have lost all their 5 matches played so far in this tournament. They came so close in a couple of matches but were not able to cross the finishing line.

PCB Strikers, on the other hand, have managed to win only one of their 5 matches played in this tournament. Their sole victory came against PCB Dynamites by 65 runs. Both the teams are likely to meet once again after this match and will fight for the third spot.

It’s more of a bowling-friendly surface and it’s going to be a great challenge for the batswoman to score runs on this wicket. Having said that, if they hang in there for long and they can expect a decent total on the board.

Aliya Riaz played to the expectations with a clear game in this competition. She has mustered 254 runs in 5 matches and even picked up a wicket as well.

Ayesha Zafar is the leading run-scorer for PCB Strikers in this tournament. She has added 147 runs in 5 matches, with the highest score of 65, and has even picked up 3 wickets as well.

Tuba Hassan is the pick of the bowler for PCB Strikers in this tournament. She has scalped 7 wickets in 5 matches and even scored 64 runs with the bat. 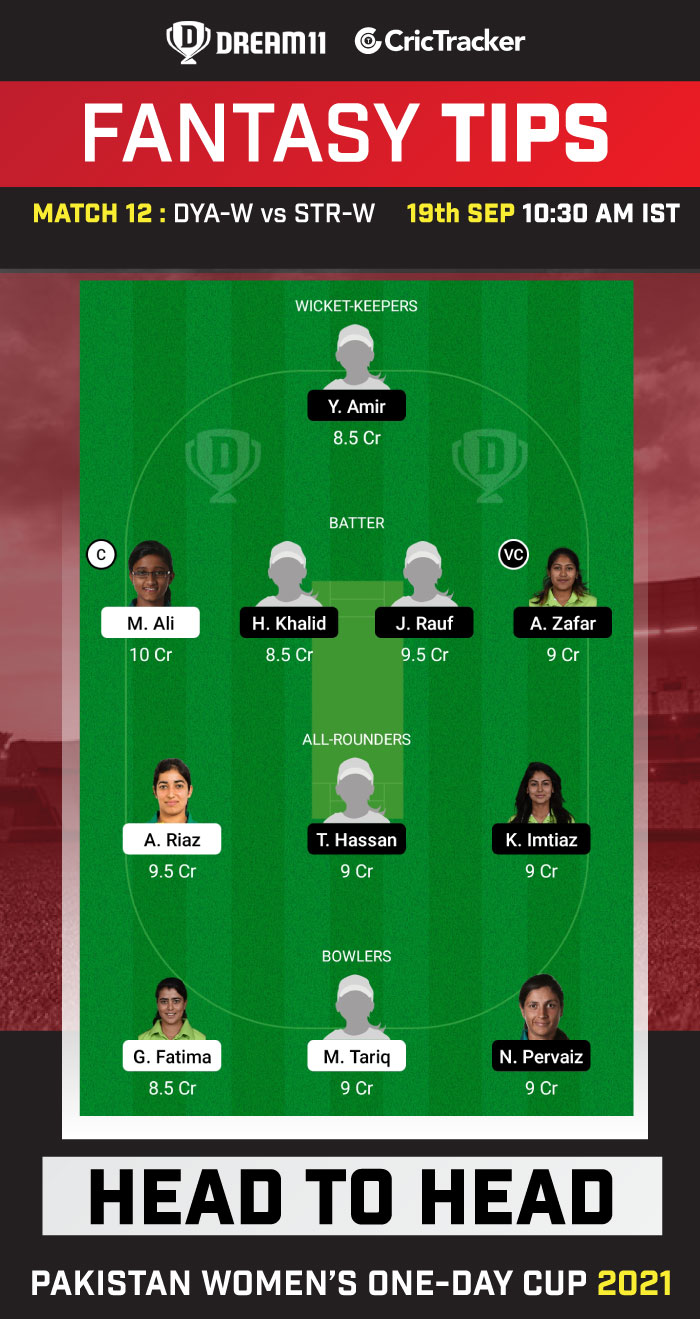 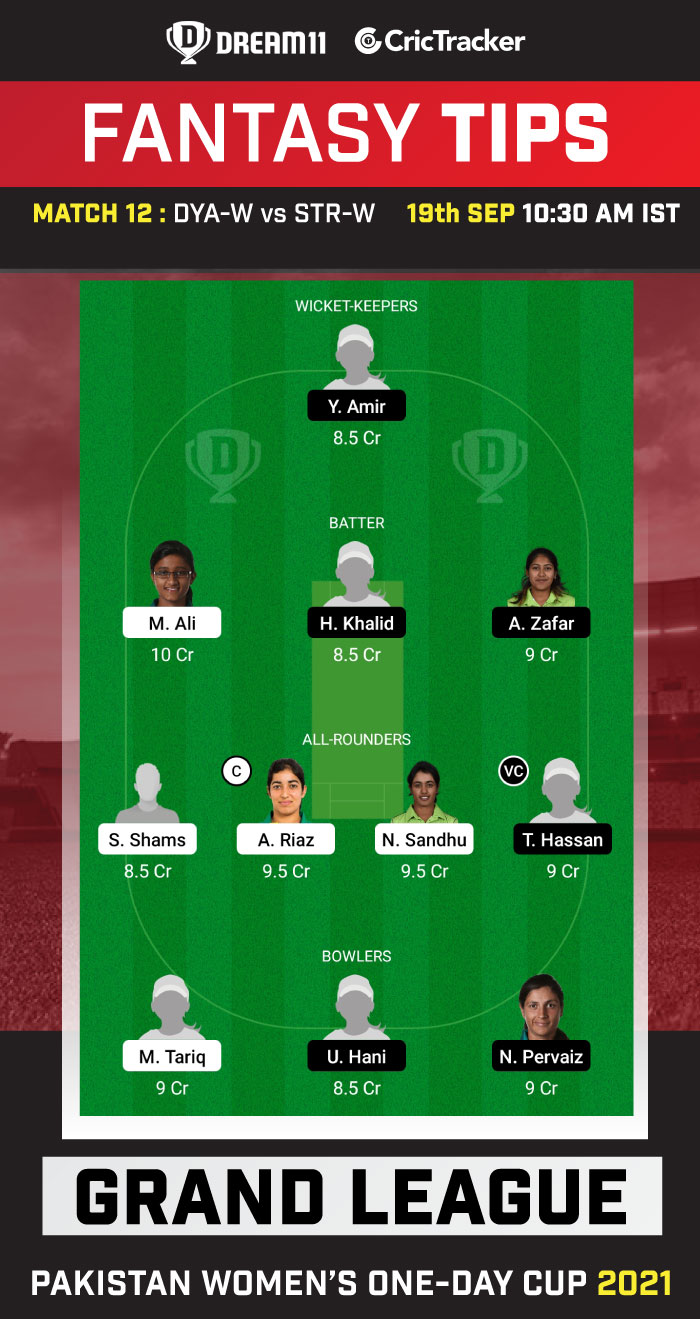 PCB Strikers are expected to win this match.