Suresh Raina proved why his absence from the CSK squad was the prime reason behind their downfall. 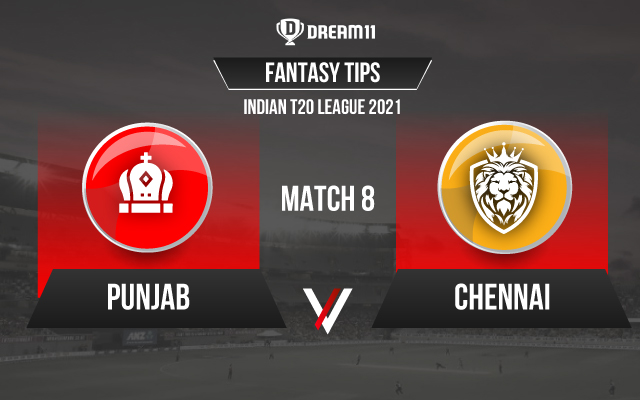 After a disappointing 2020 season, things were looking bright for Chennai Super Kings ahead of the IPL 2021. They had made a good addition to their squad in the form of Moeen Ali, their beloved Chinna Thala Suresh Raina was back, while Ravindra Jadeja also recovered from his injury.

But given how they played against Delhi Capitals in their first match of the season, it will be safe to say that the ghosts of 2020 haven’t left them. With the hopes of getting their first points on the board, they will now take on Punjab Kings, a team that has already opened their account. The game against Rajasthan Royals went to the last ball, but the Kings eventually managed to hold on to their nerves and get the job done.

The Wankhede pitch will behave as it usually does – heaven for the batsmen and hell for the bowlers. The team batting first should aim for at least 200, as chasing teams always have it easier here.

Suresh Raina proved why his absence from the CSK squad was the prime reason behind their downfall by playing a fantastic knock of 54 runs in his first game back in yellow. He took only 36 deliveries to score those runs.

Faf du Plessis was dismissed for a duck in the last match, but he still is one of the main pillars for CSK. With 449 runs, he was CSK’s leading run-scorer in the last season.

Sam Curran played a match-turning cameo of 34 runs from only 15 deliveries in the last game. In his last game before the IPL, he played a remarkable knock of 95 runs against India. His job now will be to be more clinical with the ball in hand.

CSK promoted Moeen Ali to the top-order in the last game and it did pay off for them. The all-rounder scored 36 runs from 24 deliveries.

Mohammad Shami played a game after a long break, but it seemed as if the PBKS pacer was never out of the game. He picked up 2 crucial wickets for KL Rahul’s team and will be aiming to have a similar influence in this game.

While Shami did his part with the ball, it was the young Arshdeep Singh who turned the game on its head. The youngster picked up 3 wickets, which included the all-important wicket of Sanju Samson in the final delivery of the game.

KL Rahul began his IPL 2021 season with a knock of 91 runs, which was as destructive as it was aesthetically pleasing. Another such knock from his blade can be expected in this match.

PBKS vs CSK Must Picks for Dream11 Fantasy Cricket:

Also Read: ‘You are not going to get the Orange Cap’ – Virat Kohli to Riyan Parag

Ruturaj Gaikwad had a poor start to his IPL 2021 campaign, but in the last edition, he scored 200+ runs in just 6 games at an average of over 50. He can be a risky captaincy pick.

Similarly, Mayank Agarwal also failed to perform in his last game, but he had a tremendous IPL 2020, where he scored 400+ runs at an average of almost 40. He can be a differential captaincy pick for your grand leagues.

There can be no questions about Shahrukh Khan’s capabilities, but in this Punjab Kings lineup, he is unlikely to bat higher than number 6. He also might not get to bowl much, which is why we are giving him a miss for this game.