Mohammad Haris is striking at the rate of 190.12 in this tournament.

Peshawar Zalmi will be up against Islamabad United in the Eliminator 1 of the PSL 2022 on Thursday. Peshawar Zalmi had to work a little extra in order to earn a win over Lahore Qalandars in their previous game and sealed a win in the super over. They finished 3rd in the standings with 12 points. They will be without the services of Ben Cutting and Usman Qadir who have been tested positive for covid-19.

Islamabad United on the other hand are out of touch at the moment as they lost their last three previous matches. With 4 wins and 6 losses, they finished 4th in the standings with 8 points. Shadab Khan has started his training and is likely to play this match against Zalmi. Alex Hales has returned and will play the remainder of the matches for United.

It’s a tough ask to chase more than 160 runs for any side on this surface. The team’s batting first has won 10 out of the last 15 matches played here.

(Shadab Khan is recovering from injury and likely to be fit for this match).

Shoaib Malik has played plenty of knockout matches in his career and knows how to score runs under crunch situations. In 10 matches in this tournament, he has scored 346 runs at an average of 43.25 and picked up 3 wickets.

Hazratullah Zazai is a strong leg-side player who can provide brisk starts. In 7 matches in this tournament, he has scored 170 runs at an average of 24.28 with the highest score of 52.

Hussain Talat is a good pick for your fantasy teams at 9 credits. So far in this PSL, he has scored 149 runs at an average of 29.8 and picked up 4 wickets as well.

Shadab Khan missed the last 3 matches due to injury and he is all set to return for the all-important Eliminator 1 clash. He had a great tournament overall with both and ball and is likely to go well in this match.

Salman Irshad bowls at a pretty good pace and he is the pick of the bowler for Peshawar Zalmi in this league. In 7 matches, he has scalped 12 wickets at an economy of 8.32 with the best figures of 3 for 29.

Waqas Maqsood has played 6 matches in this tournament and picked up 11 wickets at an economy of 8.75.

Azam Khan can win matches single-handedly, he has got enormous power and can clear the fence quite easily. In 9 innings in this tournament, he has scored 228 runs at an average of 28.5.

PES vs ISL Must Picks for Dream11 Fantasy Cricket: 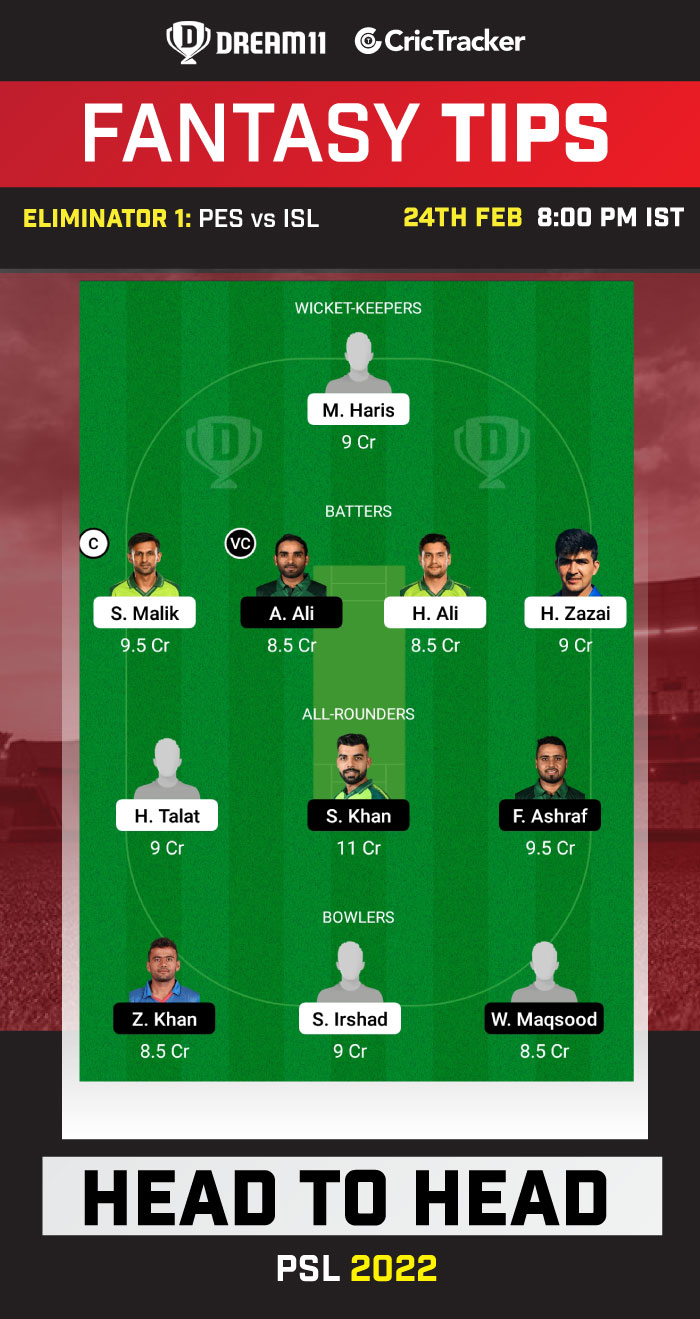 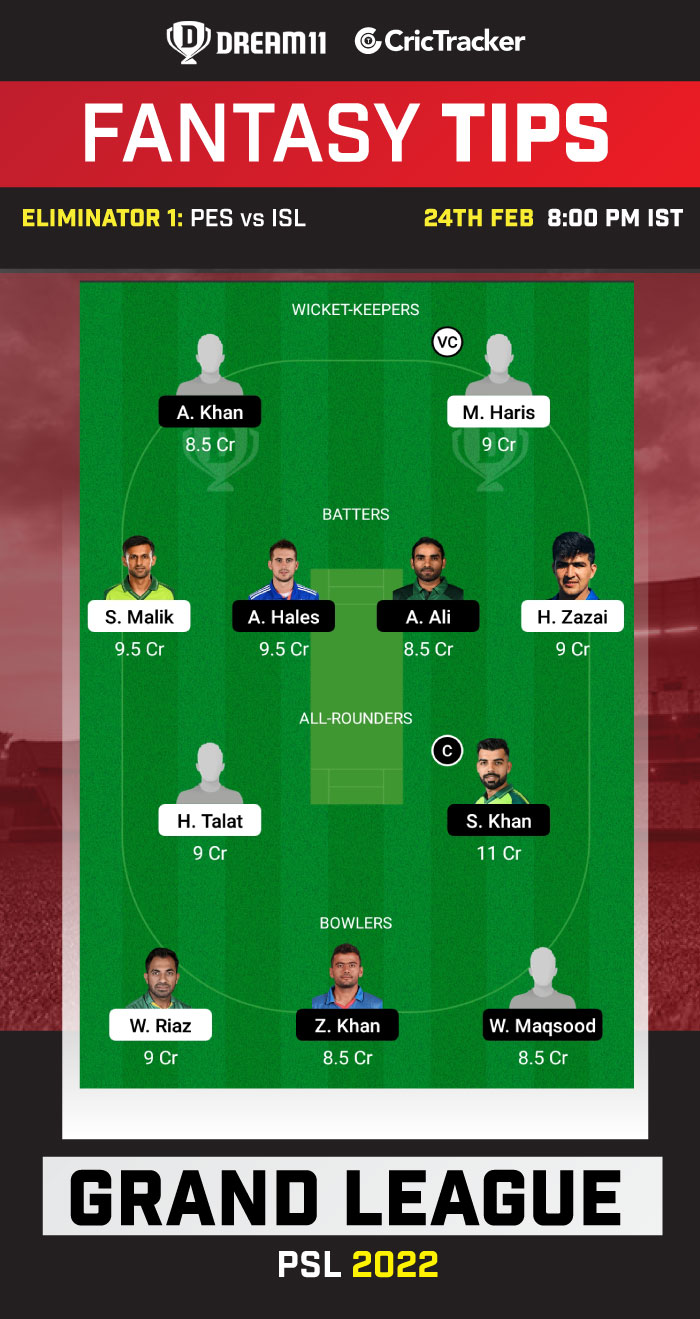 Haider Ali has added 151 runs in 8 matches in this tournament at an average of 21.57. You can take a risk and pick him as your fantasy team skipper.

Marchant de Lange has picked up only 2 wickets in 5 matches in this tournament, considering his lack of wicket taking abilities, it’s better to avoid him while making your fantasy teams.