James Faulkner can be a useful pick for your fantasy teams at 8.5 credits. 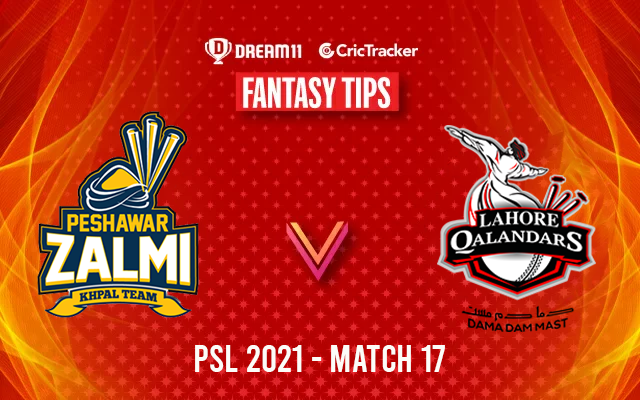 Peshawar Zalmi will be playing their first match in the second leg of the PSL 2021. There are some new signings with the likes of Fidel Edwards and Fabian Allen. They have done a decent job in the 1st leg of the tournament where they won 3 of their 5 matches and have placed themselves at 3rd spot in the table with 6 points.

Some sheer brilliance from their star player Rashid Khan in the final over of the match helped Lahore Qalandars to secure their 4th win in this tournament and they moved to the top of the table with 8 points. They have got excellent overseas players who can turn the match at any stage.

The slight grass covering on the pitch will help the pacers for sure and we witnessed the same in the 1st match as well. The dew will play a crucial role and whoever wins the toss should bowl first.

David Miller will be an X-factor for Peshawar Zalmi. He can be very brutal in the end overs and can easily clear the boundaries.

Sohail Akhtar played well for his 40 runs from 30 balls in the previous match against Islamabad United and took his total tally of runs to 82 runs.

Mohammad Hafeez made a handy little contribution in the run-chase against Islamabad United, scoring 29 runs from 25 balls. Overall in this league, he has mustered 210 runs in 5 matches at an average of 70.

James Faulkner picked up 3 important wickets against Islamabad United at an economy of 8. He is a budget pick at 8.5 credits.

Wahab Riaz is an experienced seamer who will lead the bowling attack of Peshawar Zalmi. So far in this league, he has picked up 8 wickets in 4 matches with the best figures of 4/17.

Rashid Khan continues to deliver for any team he plays across. He was the player of the match against Islamabad United for his outstanding all-around performances.

A lot of credit has to be given to Ben Dunk for his commitment. Despite having stitches on his lips he managed to score 17 runs against Islamabad United. Overall in this tournament, he has scored 97 runs in 4 innings at an average of 32.33.

PES vs LAH Must Picks for Dream11 Fantasy Cricket:

James Faulkner can make a difference with both bat and ball. H had done well in the previous match. You can take a risk by picking him as your Dream11 fantasy team skipper.

Mohammad Irfan hasn’t been effective with the ball in recent times and has picked up 2 wickets in 3 matches in this league. Going with his current form, you can avoid him while making your fantasy teams.