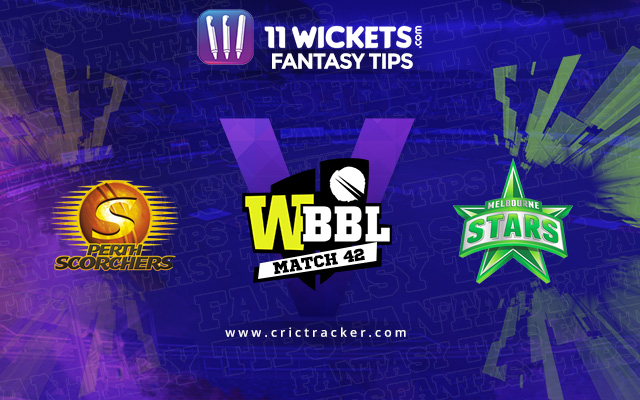 The 42nd match of the Women’s Big Bash League (WBBL) 2020 will be played between the Perth Scorchers Women and the Melbourne Stars Women at the Hurstville Oval in Sydney.

The 42nd match of the ongoing WBBL season will see Perth Scorchers and Melbourne Stars face each other. It is another top of the table clash with the Stars winning six out of their seven completed matches. They are at the top of the points table while the Scorchers have won five out of their 8 completed games and are sitting pretty at the second spot in the table. It would be very hard to pick a favourite for this match.

The weather forecast on Tuesday is decent with not much chance of rain. Though it will be cloudy and will keep the temperature in the early 20s.

Runs haven’t been easy at this venue. The bowlers are in a decent nick from both the teams and once again they should dominate the proceedings.

Sophie Devine has been ruled out of this fixture with a lower back injury; Amy Jones returns after recovering from a quad injury.

Natalie Sciver is the highest wicket-taker of the tournament picking 14 wickets at an excellent economy of 6.38. Beth Mooney has scored a total of 322 runs at an average of 53.67 and is at the top of the leading run-getters’ list. Meg Lanning, on the other hand, is at the third place in the same aspect having amassed 303 runs in 8 innings at an average of 50.50. 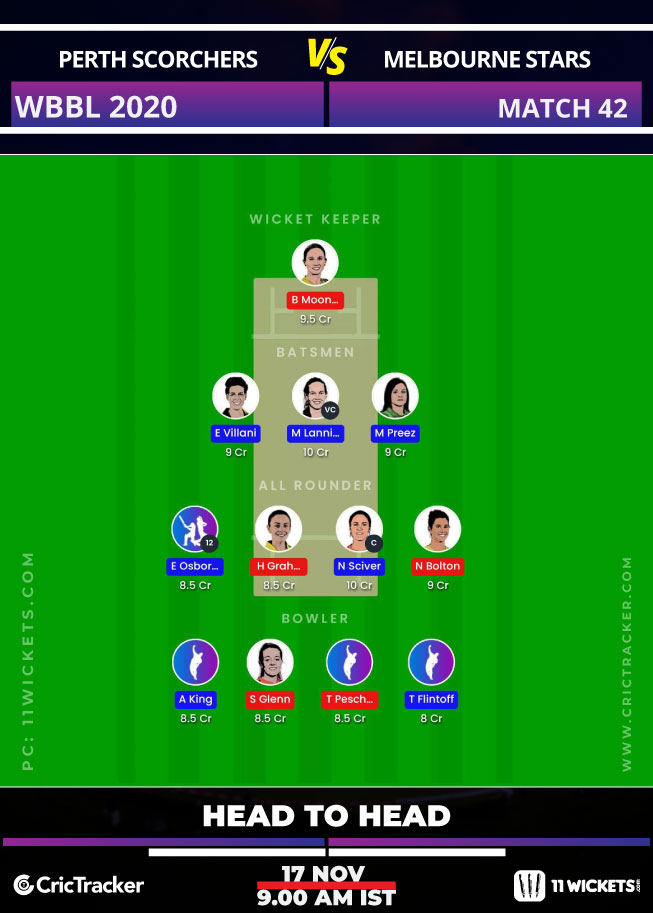 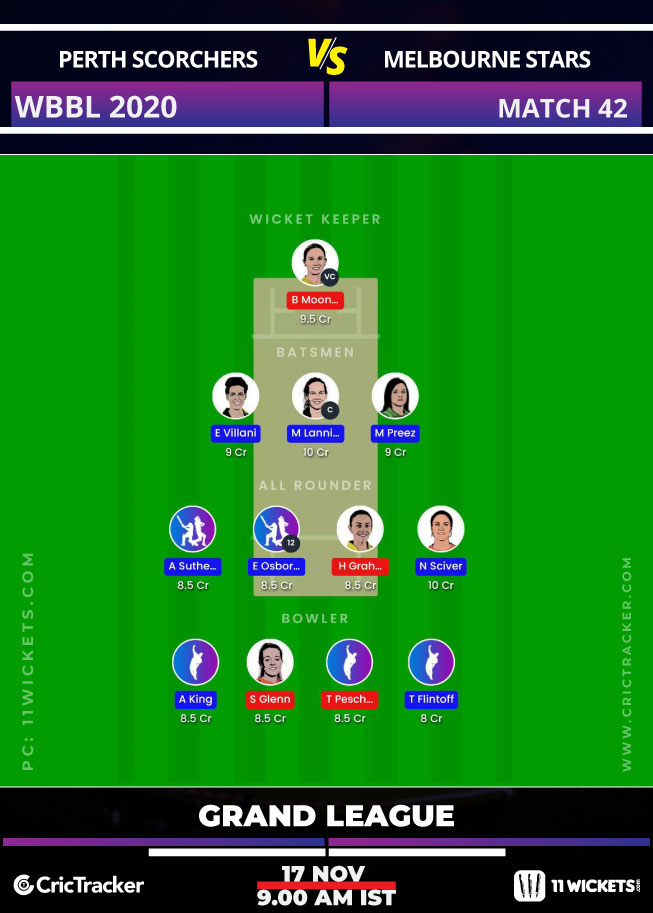 Chloe Piparo is a decent batter and she can be picked in your Fantasy team while Tess Flintoff is also a brilliant bowler who can earn a lot of points.