Faraan Chaudhry is an ecellent captaincy pick for this contest.

Pakistanska Forening will be up against Umea in the Match 14 of the ECS Sweden T10 tournament. The encounter takes place at the Norsborg Cricket Stadium.

Both sides have had entirely different campaigns so far which makes Pakistanska Forening firm favourites for this fixture. The Forening side has been on a roll this season, registering victories in their first four outings. Subsequently, they are holding the top place in the Group A team standings and they would be confident of continuing their sensational run.

On the contrary, Umea’s journey in ECS Sweden T10 2021 hasn’t been fruitful by any means. They failed to perform as a unit and their position in the team standings narrates the entire story. Having lost their first two games, Umea are languishing at the bottom of the table.

Captaincy Picks for PF vs UME:

One of the main reasons behind Pakistanska Forening’s stellar campaign is Faraan Chaudhry’s stellar performance. The dashing opener has given his side good starts consistently by attacking bowlers from the outset. He, in fact, is currently the leading run-scorer of the season with 85 runs in five outings. Notably, he has made these runs at a strike rate of over 150.

While Chaudhry is topping the batting charts, his teammate Zubair Aslam has been exceptional in the bowling department. Aslam tends to choke the scoring rate with his mysterious deliveries and must not forget his wicket-taking abilities. He has, so far, scalped eight wickets in four games with a jaw-dropping economy rate of 5.25. 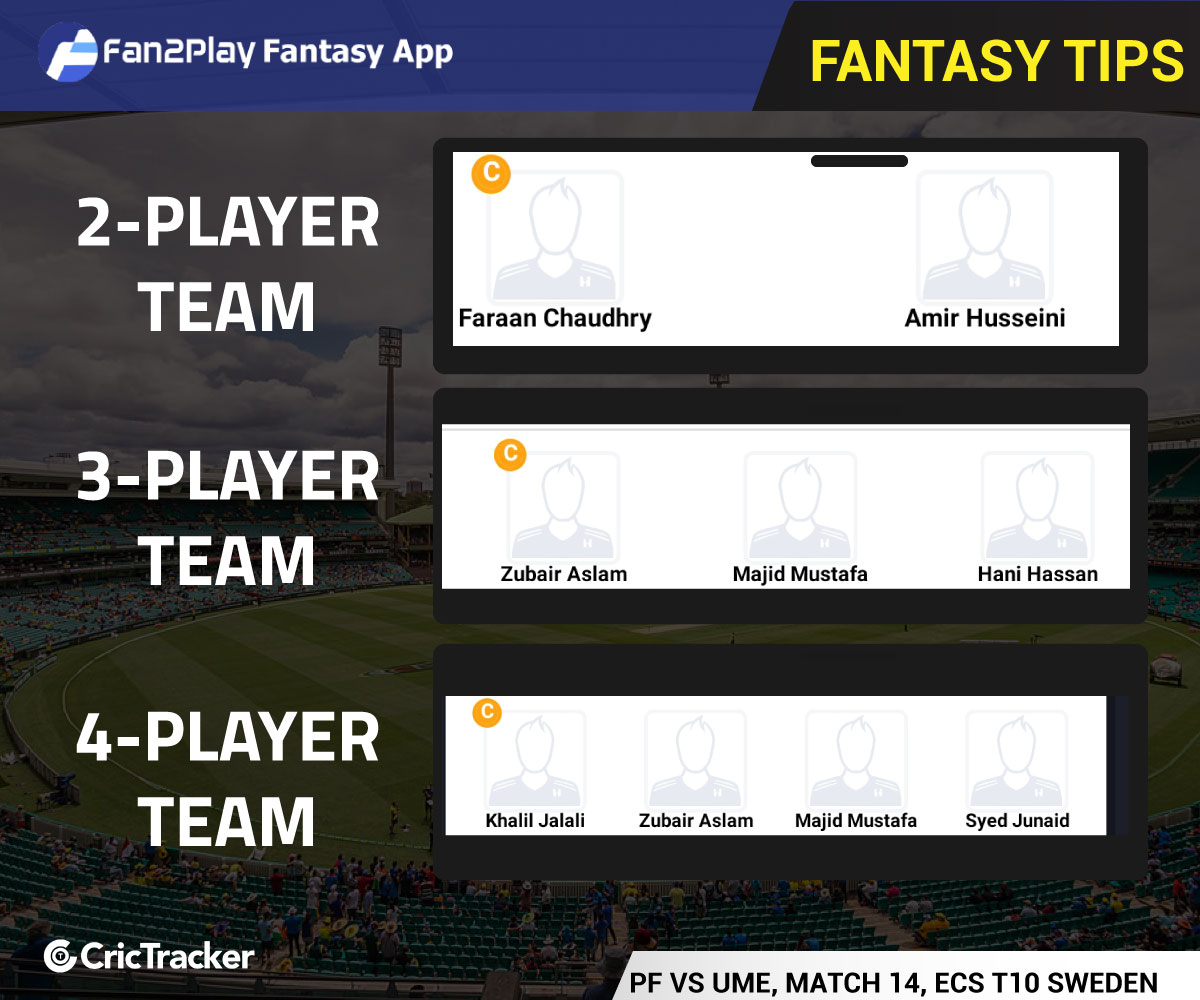