Pakistan Women are expected to win this match.

Pakistan Women will take on Sri Lanka Women in the third and final T20I of the Sri Lanka Women Tour of Pakistan 2022. The hosts have performed well in both departments and lead the series 2-0, they will be aiming for a whitewash. Sri Lanka Women have struggled throughout the series and will need the seniors to step up if they want to win this dead rubber. This has been a very entertaining series so far and it promises to be a good match.

The surface has been sluggish and helped the spinners a lot in the previous few matches. Chasing teams have had a lot of success at this venue and both teams will prefer chasing.

Also read: We know Shane Warne is looking at us with a lot of pride: Jos Buttler

Chamari Atapattu has struggled in this series having managed just 11 runs in 2 matches so far. She is a quality allrounder and has a very good record in this format. Back her to do well in this match.

Oshadi Ranasinghe has been really good in this series picking up 3 wickets with the ball and scoring 12 runs with the bat.

Muneeba Ali is a technically sound player at the top of the order and has amassed 35 runs in 2 matches of this series. She will also give points for her wicket keeping. 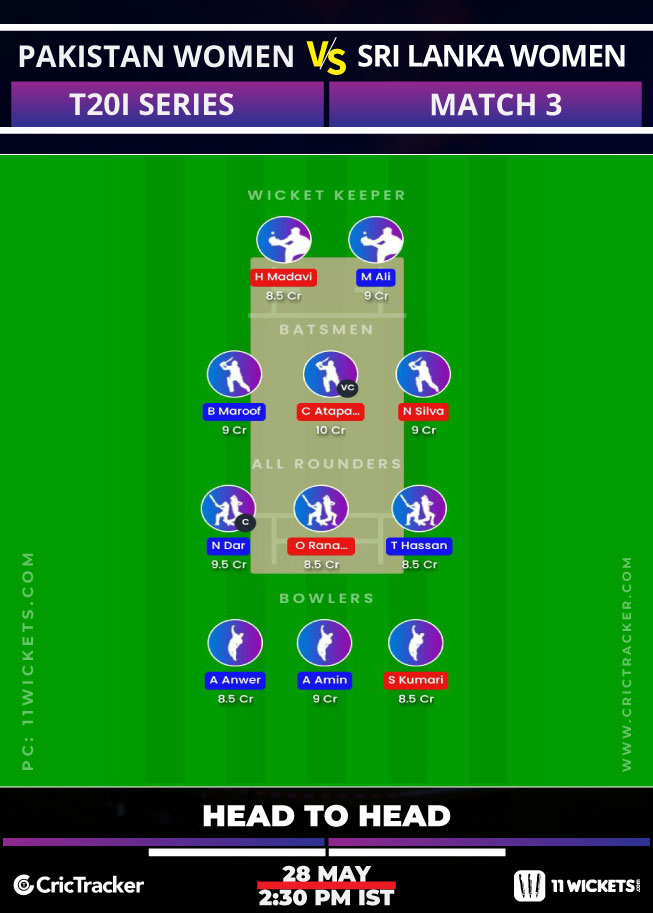 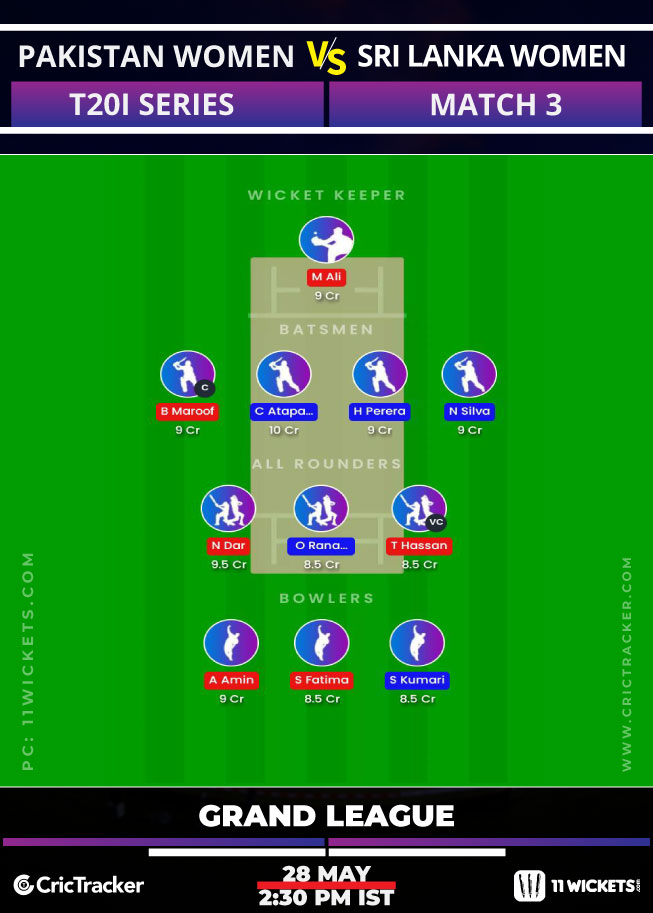