Kings CC are expected to make it two wins in a row by beating Pakcelona CC.

The 41st match of the ECS T10 Barcelona 2020 will be played between Pakcelona CC and Kings CC at the Montjuic Ground, Barcelona on Monday.

This match is scheduled to start at 09:30 AM Local Time (1:00 PM IST) and it will be streamed live on FanCode.

A win in this game will be crucial for both Pakcelona CC and Kings CC. However, the former are in a much worse state as they are languishing at the bottom half of the Group A points table. Having said that, they are coming off a win and have the momentum with them.

Kings CC, on the other hand, are at the top-half of the table and a win here will only consolidate their position and give their unimpressive net run rate a much-needed boost. If Pakcelona CC win this game, they will go above Kings CC because of their healthy net run rate. There is a lot to play for in this match and the outcome of this match could have a major say in the rest of the tournament for either of these teams.

The weather looks bright for the game on Monday. This particular match is expected to be greeted by clear skies with minimal chances of rain. However, some rain before the game is expected and some clouds can be seen coming in as the game progresses.

This is a bat-second type of pitch, where teams batting second have tended to find more success than they did by batting first. The track also has enough in it for the pacers, which makes it an even contest between the bat and the ball.

Mahi bhai always says to not take opinion of the people: Mohammed Siraj

Isthiaq Nazir is the leading run-scorer for Pakcelona CC. He has scored 114 runs from 5 games, at a strike rate of 141.

Shahzad Khan is the leading wicket-taker for Pakcelona CC. He has got 7 wickets to his name and has maintained an economy rate of 8.2 runs per over.

Kamrul Islam Foysol has been the leading run-scorer for Kings CC. He has amassed 114 runs from 4 matches, at a strike rate of 223.

Kings CC’s keeper-batsman, Jubed Miah has managed to score 90 runs from the 4 games that he has played so far. 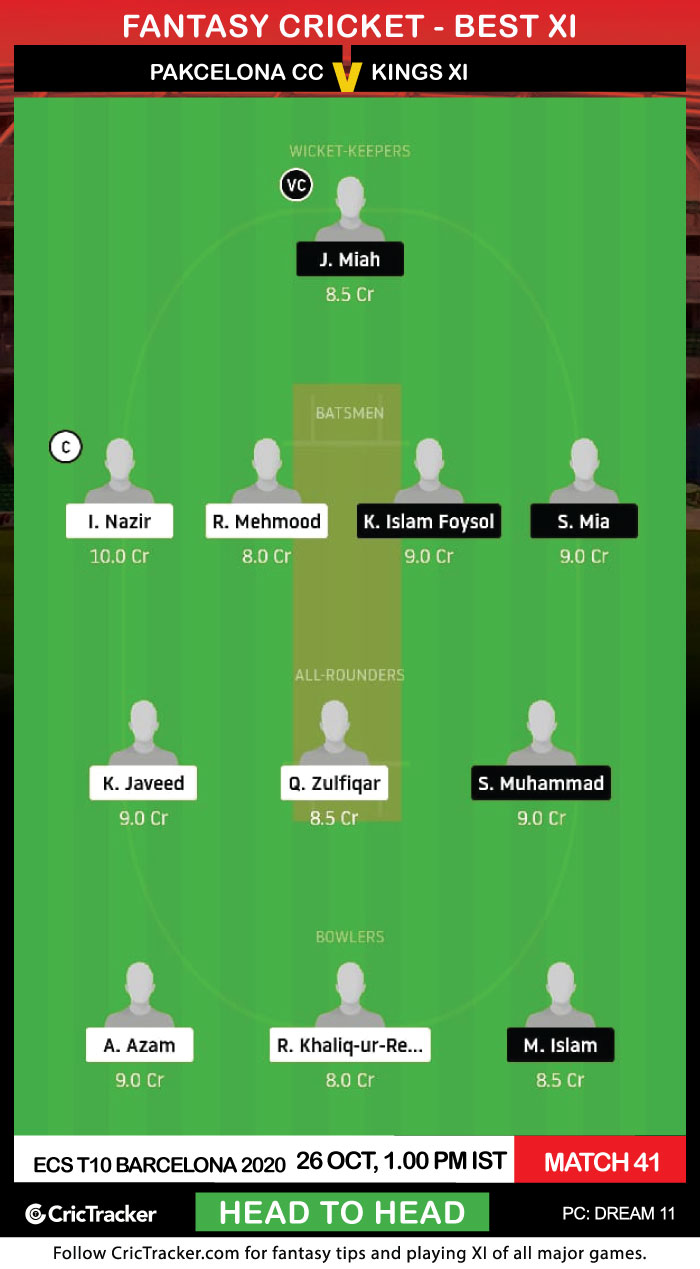 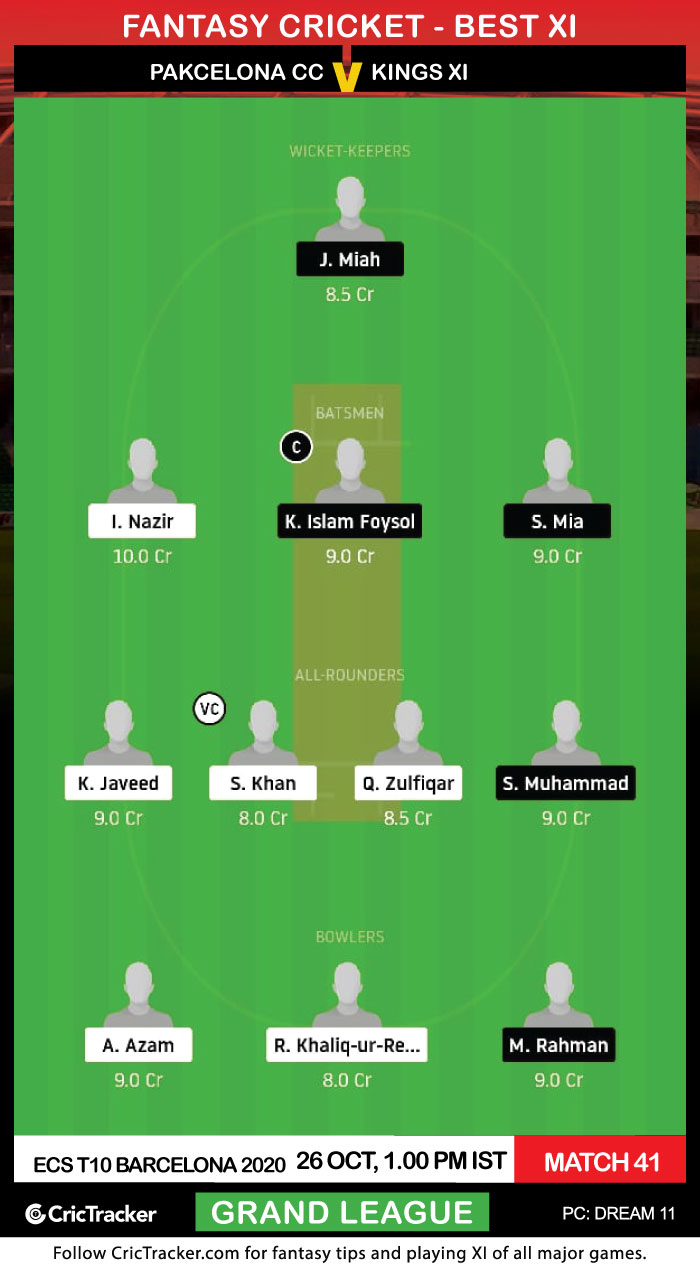 It is advisable to have plenty of all-round options in your Dream11 Fantasy squads, as the wicket has been supportive for the bowlers as well as the batsmen.

It is highly likely that Kings CC are going to come out on top of this one.