Jeet Raval is a good captaincy pick for your fantasy teams.

Northern Districts will take on Canterbury in the 9th match of the Plunket Shield 2021/22, which starts from Monday. Northern Districts will be playing their first match of the tournament. They had a memorable tournament last year, where they finished second in the standings with 69 points. Captaincy responsibilities are on the shoulders of Joe Carter for this match. Colin de Grandhomme, Jeet Raval and Scott Kuggeleign are the familiar names in the line-up.

Canterbury, on the other hand, are in exceptional form, having beaten Wellington twice in their last 2 matches. They won both matches by massive margins, which shows that they are one of the formidable sides in this tournament. With one draw and 2 wins, they are at the top spot in the standings with 40 points.

It’s an excellent wicket to bat on with relatively less assistance for the bowlers. The surface is entirely flat, and the ball comes easily onto the bat throughout all 4 days of the match. Whoever wins the toss should bat first.

Joe Carter emerged as the top run-scorer in the last season. In 8 matches, he has scored 590 runs at an average of 53.63, with the highest score of 146*, which includes 2 centuries and 2 half-centuries.

Jeet Raval is an immensely talented player. He had a fabulous last season with the bat. In 8 matches, he has scored 547 runs at an average of 45.58, with the best score of 161*.

With the help of one century and 2 half-centuries, Cam Fletcher has scored 288 runs in 3 matches in this tournament at an average of 96.

Matt Henry is a genuine wicket-taking bowler. In 3 matches in this tournament, he has already picked up 16 wickets, with the best figures of 4 for 37 in an innings.

ND vs CTB Must Picks for Dream11 Fantasy Cricket: 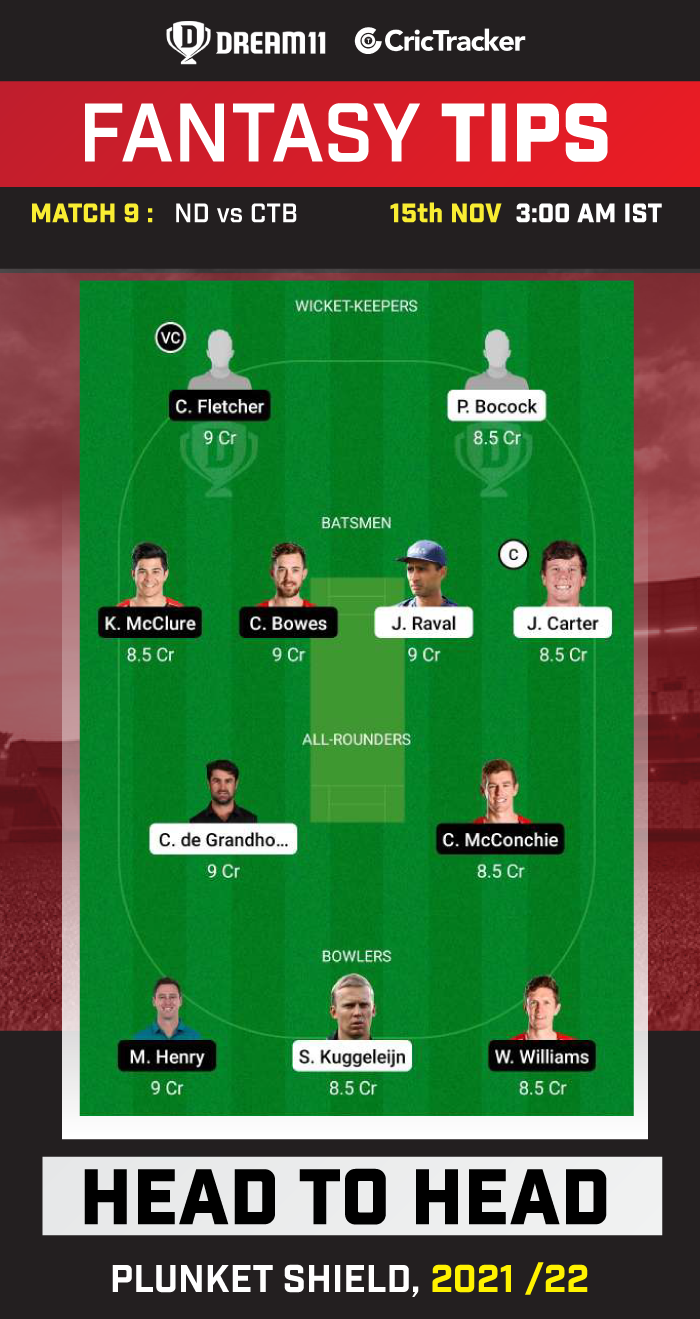 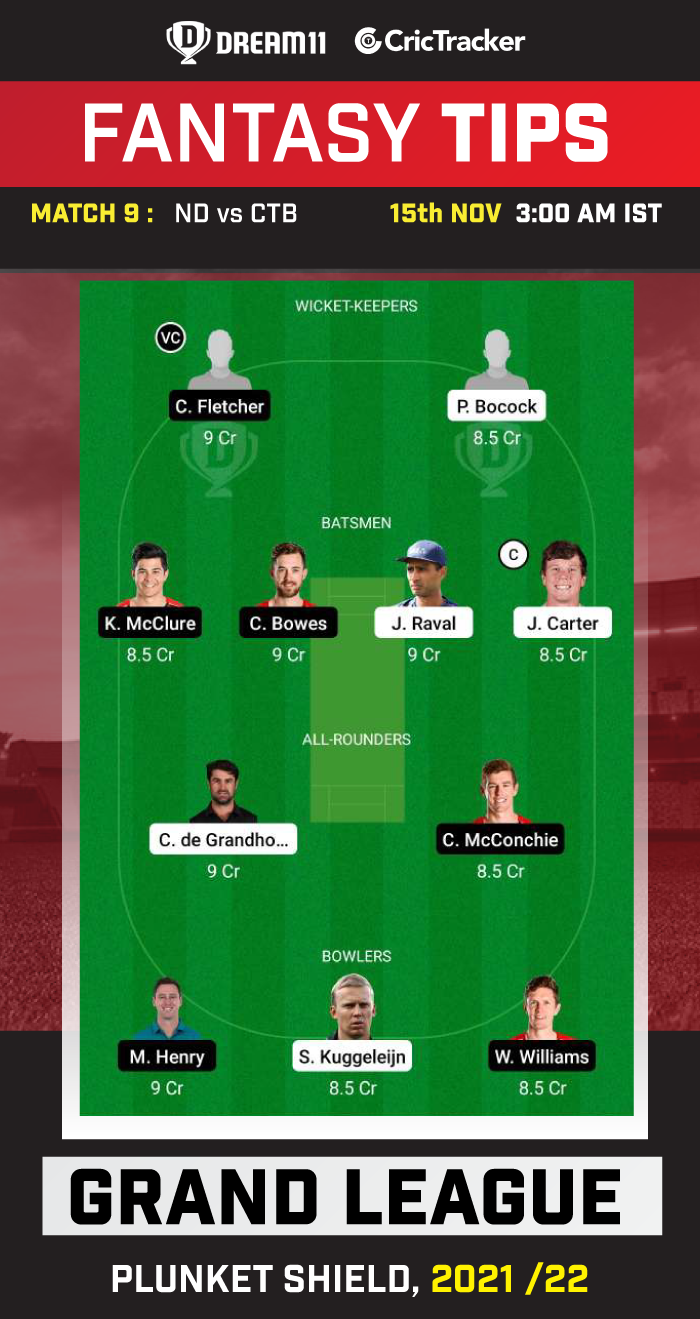