Akshay Jain is the finest bowler in the tournament.

Smashers and Titans will clash in Match 18 of Pondicherry T10 2022. The Smashers team has two wins in three league games. In their last outing, they scored 98 and won the game by 15 runs. Their key players will be Akshay Jain and Mohit Mittan.

On the other hand, the Titans have only a single victory in four appearances and need a win under their belt. In the last league match, they scored 108 and won by 30 runs. The players like Abin Mattew and J Manikandan have performed well for the team.

The pitch has been a belter of a surface and the batters have enjoyed the surface and have scored runs by playing their natural game. There is a minimal margin for error for the bowlers in their execution.

Akshay Jain has returned as the best bowler of the team with 8 scalps in 3 appearances at an economy of 4.17.

Jayaprakash Manikandan has scored 70 runs in 4 appearances at a strike rate of 170.73.

SMA vs TIT Must Picks for Dream11 Fantasy Cricket: 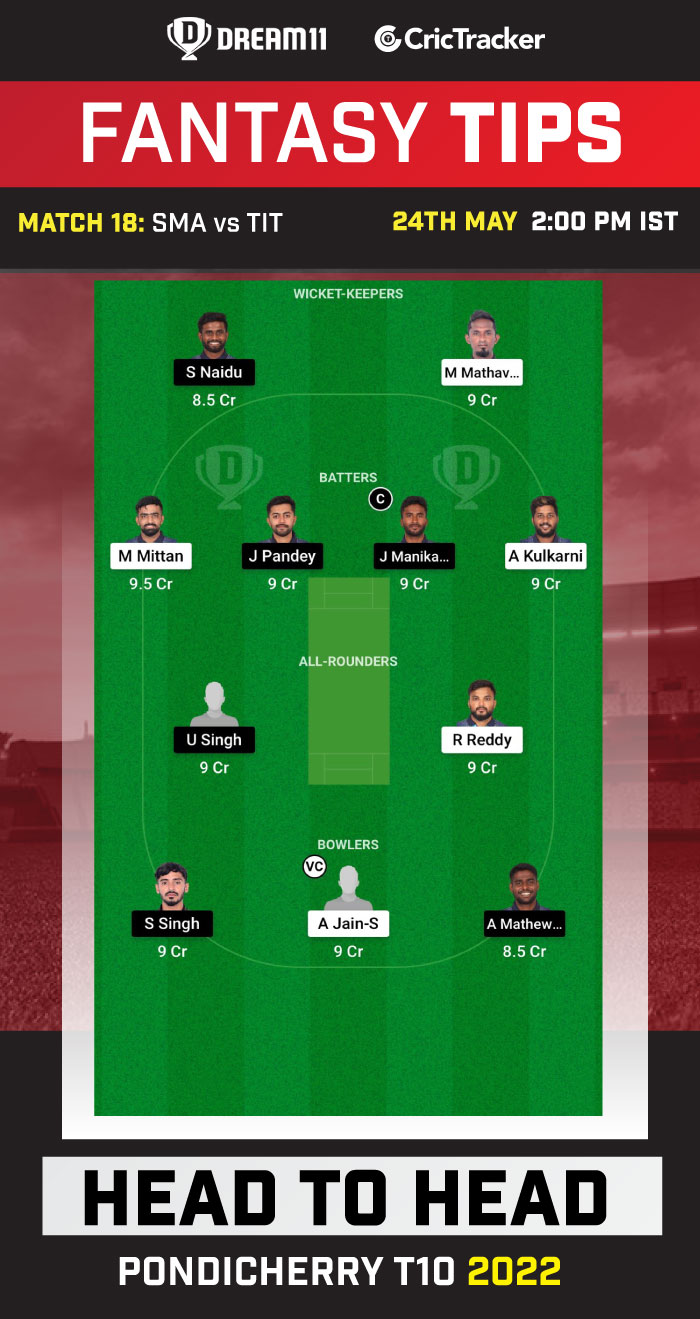 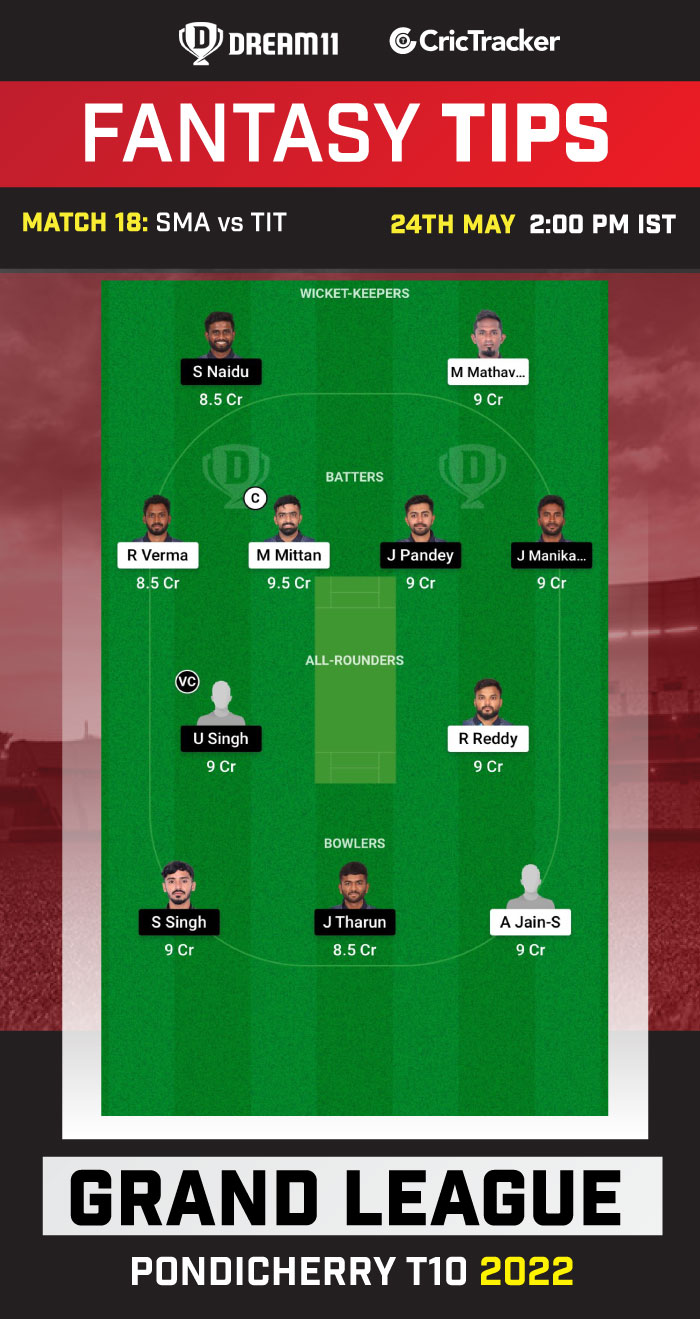 SMA is expected to secure a victory in this fixture.