Bhupender Chauhan is the top pick of the match.

The Eagles are set to lock horns with the Kings in the 23rd match of the Pondicherry T10 Tournament 2022, at the CAP Siechem Ground in Pondicherry. The Eagles are coming into this match wounded after a defeat in their previous match at the hands of the Avengers. On the other hand, the Kings are also winless after the draw in their previous match against the Patriots. Both the teams will be looking for a win to bounce back and get back to winning ways.

The pitch has been a belter of a surface and the scores of around 120 have been readily posted on this venue. To stop the wrath of batters, the bowlers need to be able to proficient with their line lengths.

Also Read: Who is Rajat Patidar? The man of the moment for RCB

R Ayyanar will be a crucial pick. He has amassed 110 runs in 5 appearances at an average of 22.

Aravindraj Ravichandran will be a crucial pick. He has mustered 141 runs in 5 matches at an average of 35.25.

Tejveer Singh will play a key role. He has scalped 7 wickets in 5 matches at an average of 16.28.

Must Picks for EAG vs KGS Dream11 Fantasy Cricket: 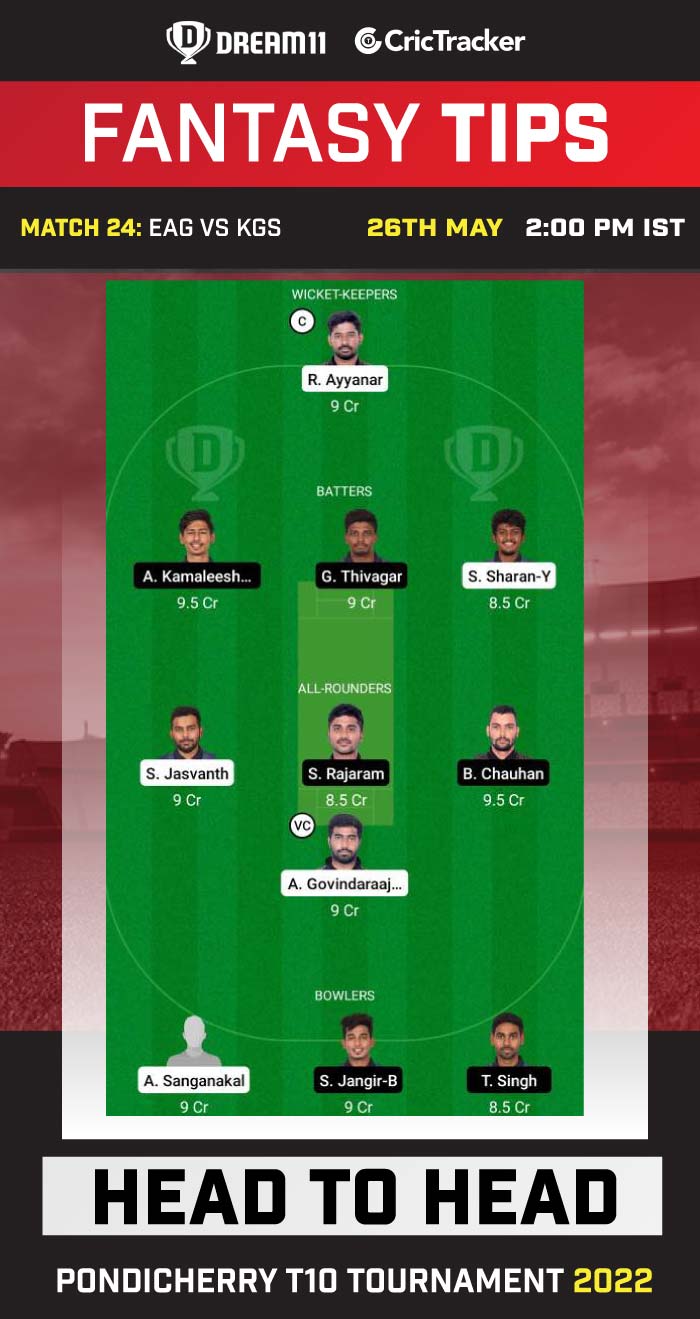 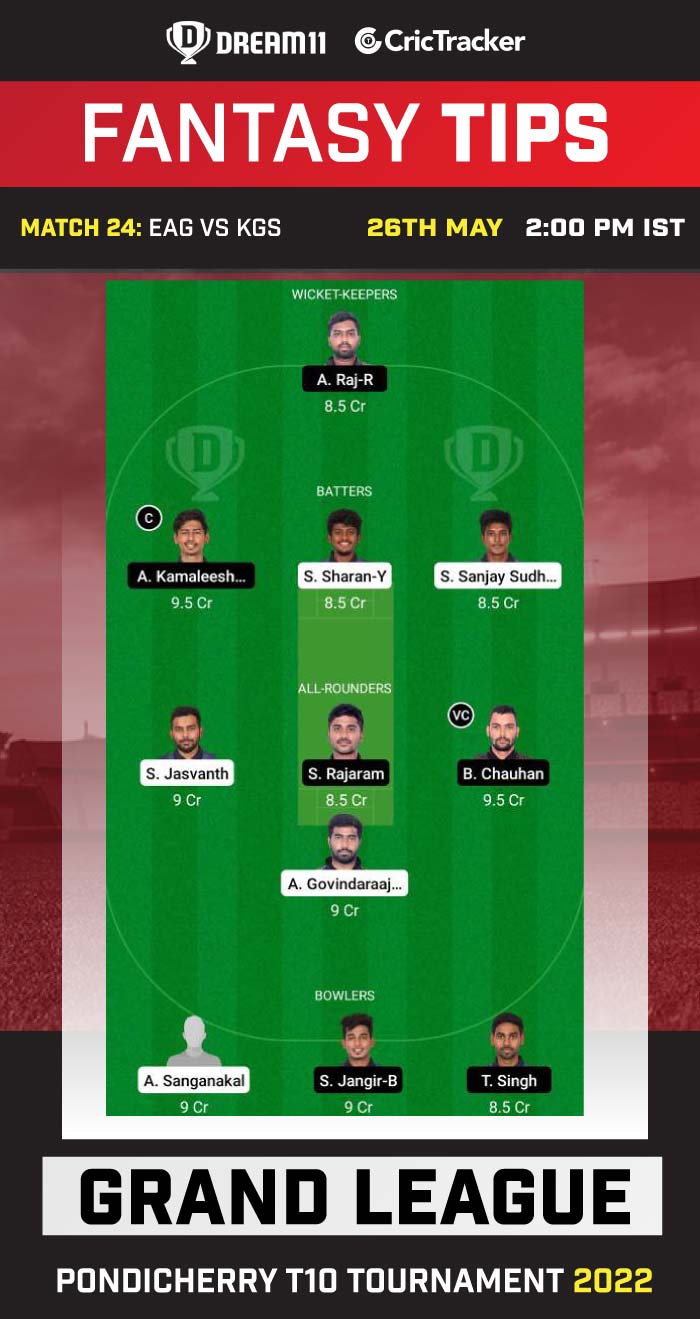 Eagles are expected to win this match.