Titans will take on Warriors in the 33rd match of the Pondicherry T10 Tournament 2022, at the CAP Siechem Ground in Pondicherry. The Titans are coming into this match struggling with two defeats on the trot. On the other hand, the Warriors have also lost in their previous match against the Patriots after their three-match undefeated run.. Both the teams will be hoping for a turnaround in this match and to strengthen their position in the tournament.

The track is good for batting and there will be plenty of runs on offer. Both teams will prefer chasing at this venue. A score of 90-100 runs can be considered par at this wicket.

Jay Pandey is quality batting all-rounder and is in fine form having amassed 148 runs with the bat and picking up 2 wickets with the ball.

Santhamoorthy S has performed well with the ball in hand. He has scalped 8 wickets in 5 matches at an average of 9.00.

Must Picks for TIT vs WAR Dream11 Fantasy Cricket: 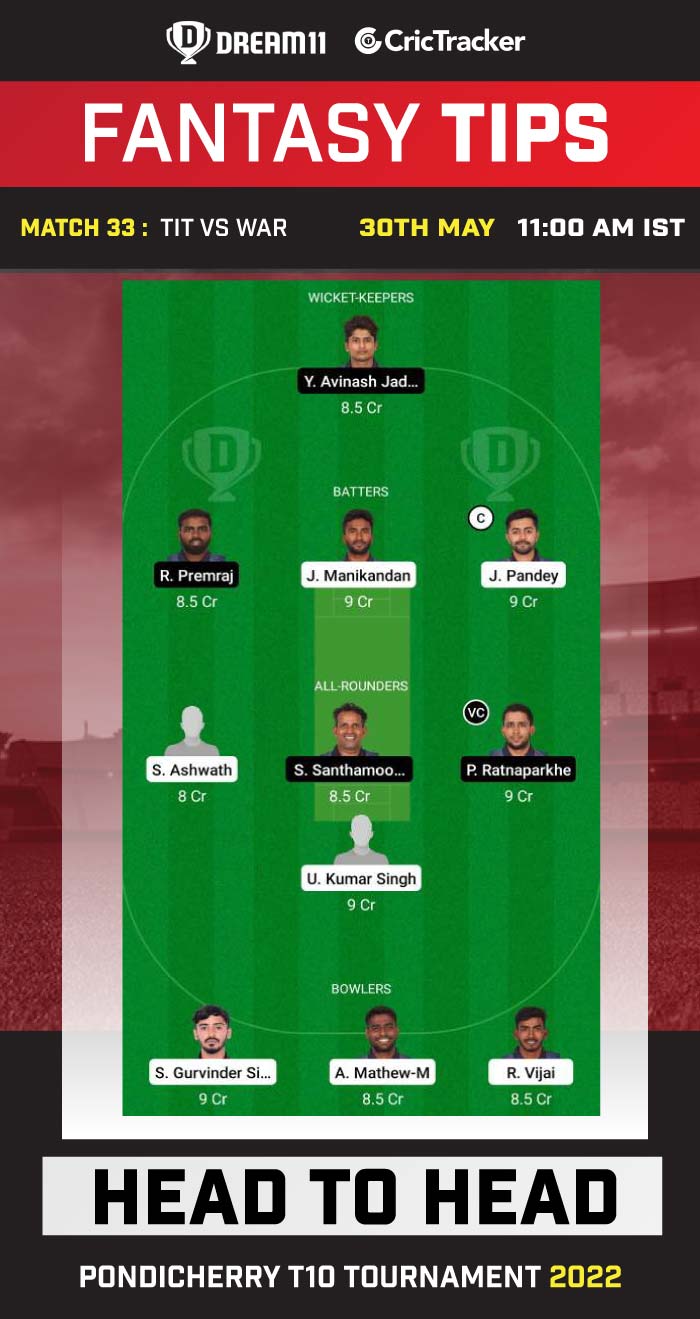 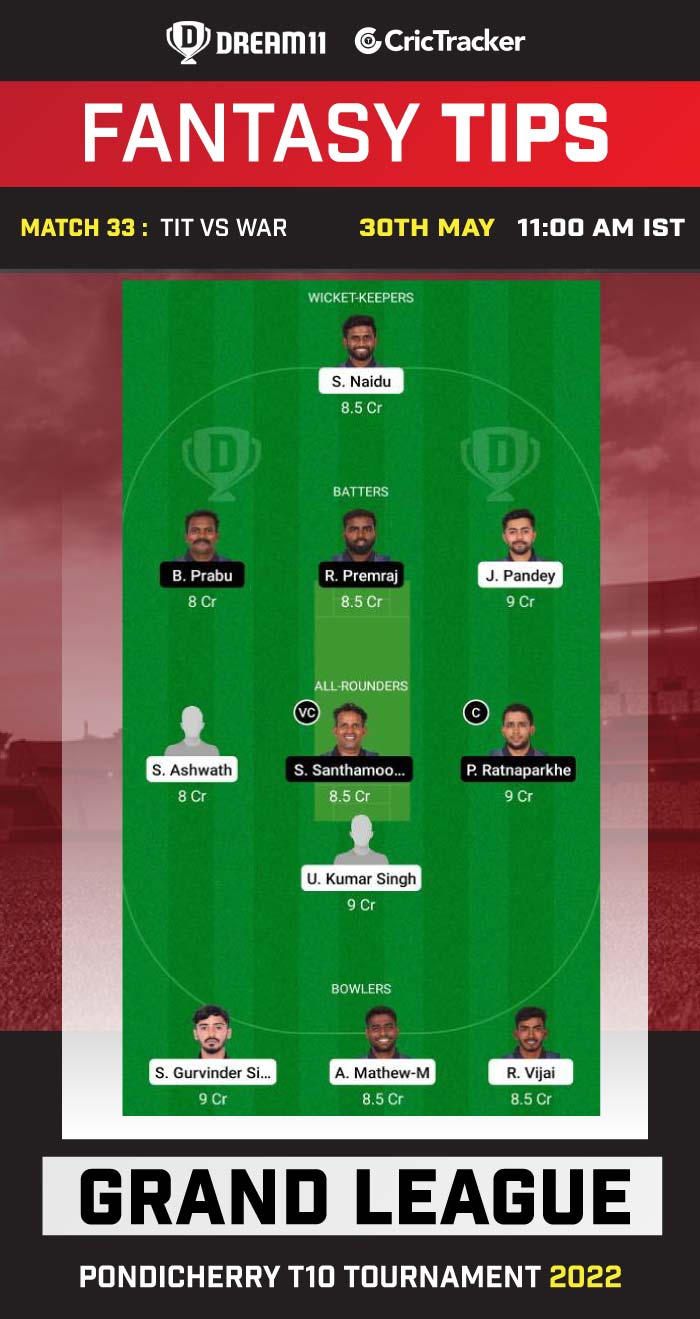