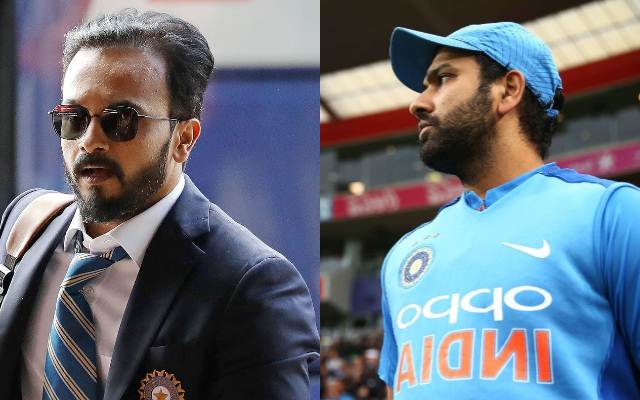 Kedar Jadhav hasn’t played for India ever since the 2019 edition of the World Cup in England and Wales. His only knock of substance came against Afghanistan at the Rose Bowl in Southampton. Jadhav scored 52 crucial runs after India were put under pressure by Gulbadin Naib’s men. Jadhav has two centuries and six half-centuries to his name in his ODI career.

He also played nine T20Is, but went off the radar after getting only 122 runs at an average of 20.33. The Pune-born batsman lately plied his trade in the 2019-20 Syed Mushtaq Ali T20 Trophy. In the tournament, he could only muster a solitary half-century against Hyderabad in Chandigarh. Later in the tournament, he also got an unbeaten 47 versus Baroda in Surat.

After a break, Jadhav has now returned to the field ad he was delighted about it. He uploaded a picture where he was seen getting ready to face the bowlers. He took to Twitter and wrote, “Feels good to be back on the field and do what I like to do.”

In the meantime, Rohit took it as a chance to troll his Indian teammate. He commented on Jadhav’s picture and wrote, “Pose kam maar, batting karle thoda (strike less pose and focus more on batting.”

Here is the screenshot of Rohit Sharma’s reply

Rohit having a great run

Rohit, on the other hand, has had a wonderful time, playing for India at the highest level. A couple of months ago, there were speculations surrounding his credentials to play Test cricket. However, he put the doubts to rest as he scored a jaw-dropping century against South Africa. In the same series, he opened the batting for the first time in Test cricket, but didn’t look flustered by any means.

In the World Cup, Rohit became the first to smash five centuries in a single edition of the 50-overs tournament. The Mumbai batter has also flourished in T20Is and is next scheduled to play the T20I and ODI series against the West Indies, which is set to get underway on December 6. Even into his 30s, Rohit is speculated to take down a number of records, irrespective of the format.