Prague CC are expected to win this match.

The 5th match of the ECS T10 Prague 2020 will be played between Prague Barbarians and Prague CC at the Scott Page Field, Vinor in Prague on Tuesday.

This match is scheduled to start at 12:00 PM Local Time (3:30 PM IST) and it will be streamed live on FanCode.

On the second day of the tournament, three games are to be played. In the second match, Prague Barbarians will take on the Prague CC. With all the teams in more or less the same position at this stage, these two sides will try hard to register the first win of the tournament. Also, this will be the second match of the day for the Prague CC side. Yet, they will look to end the day on a high irrespective of the result in the first match of the day.

The Prague Barbarians, on the other hand, will be starting their campaign in the tournament with this game. They will be looking forward to doing well and making an impact on the tournament. They are scheduled to face Prague Spartans as well soon in the last match of the day. Hence, gaining some confidence with the performance from this game will be the key.

It will be partly cloudy in Prague on Tuesday and the temperature will hover around 16 Degrees Celsius mark. Also, there are 20 per cent chances of precipitation.

The pitch at the Scott Page Field, Vinor in Prague has proved to be suited for pacers. Also, it has more for the bowlers than the batsmen and another low scoring game might be on the cards.

Sumit Pokhriyal is the top pick from Prague Barbarians. He has scored 1376 runs in 64 games he played in his career while maintaining an average of 25.48.

Aakash Parmar is the best batsman from the Prague CC side. He scored a total of 470 runs in 31 innings and also has a good average of 23.50.

Divyendra Singh has scored 569 runs in 33 games he played. He also has a century and two half-centuries under his belt.

Sameera Maduranga has been impressive with the ball and has picked up 56 wickets in his short career. Moreover, he has a brilliant economy rate of just 5.05. 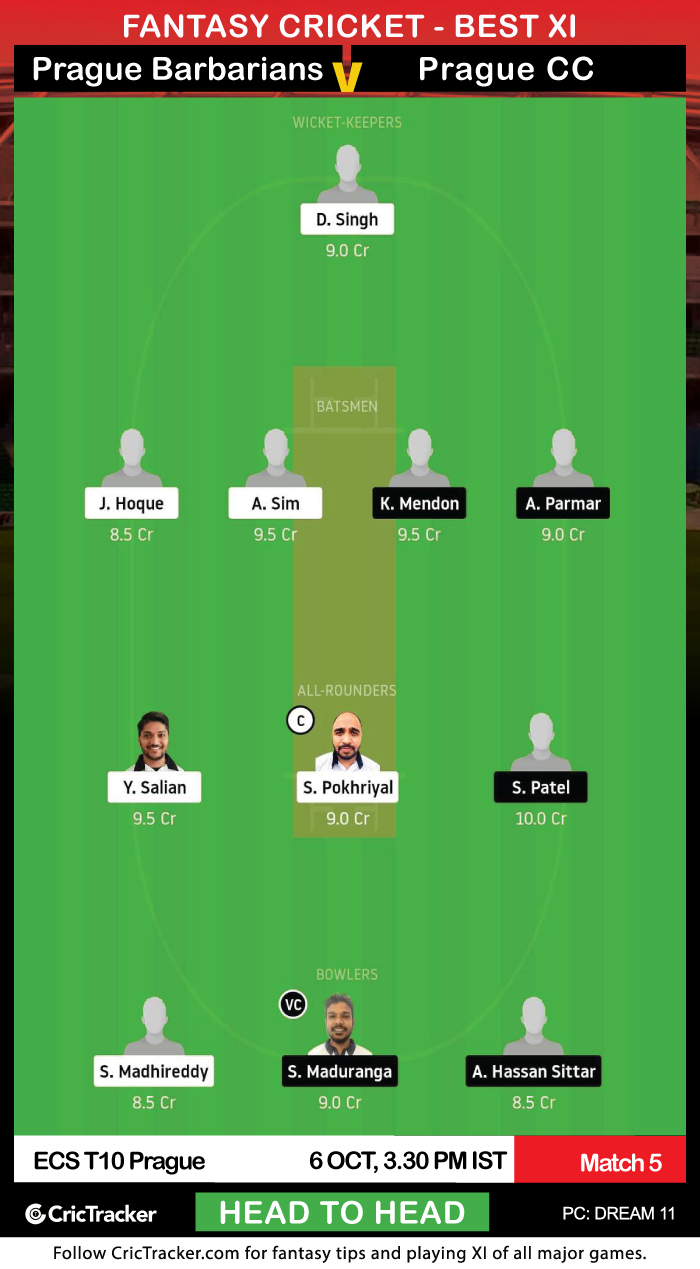 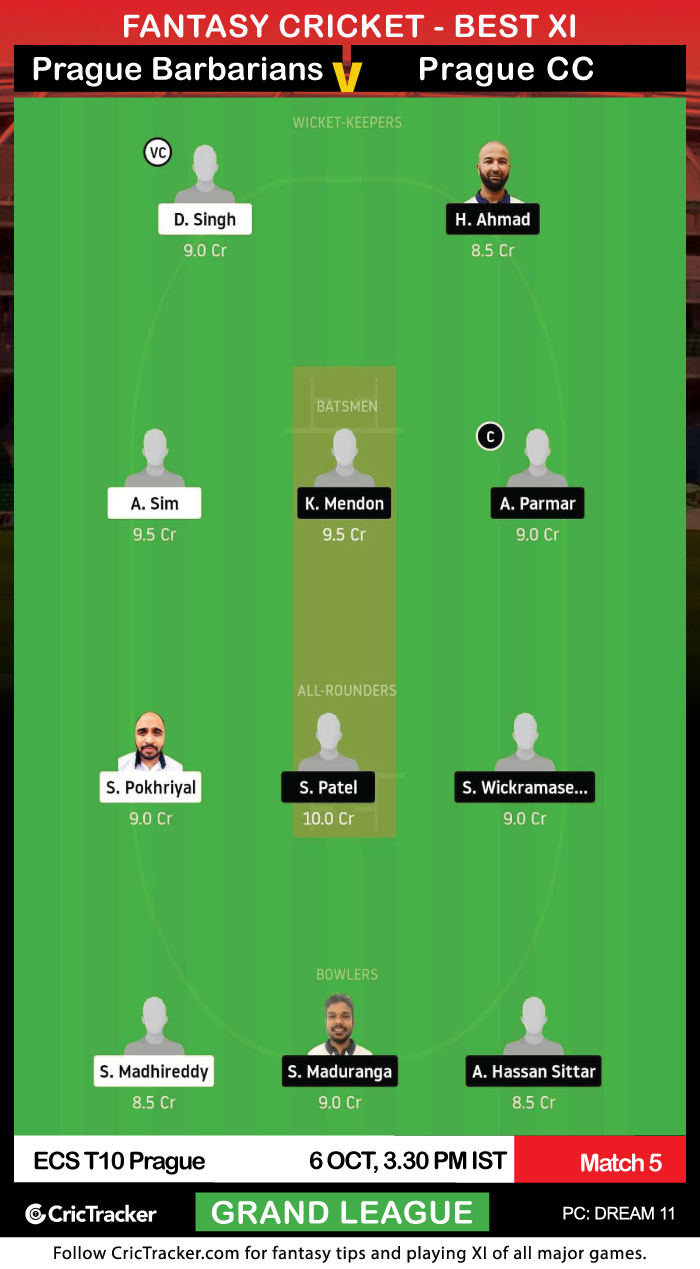 Try to pick more all-rounders in your Dream11 Fantasy team as they can give some valuable points with both the bat and the ball.

Prague CC are expected to win this match and also add some important points to their tally.