The Exhibition match of the Vincy Premier League will be played by Presidents XI and Botanical Gardens Rangers at Arnos Vale Sporting Complex, St Vincent.

An exhibition match is set to be played in Vincy Premier League on Sunday between Botanical Gardens Rangers and Presidents XI. The latter team has some top players and former West Indies cricketers in their line-up. On the other hand, the Rangers were knocked out in the Eliminator 3 and they will be keen on registering a consolation win to end their season on a high.

It is likely to be partly cloudy at the venue on Sunday with the temperature hovering from 29 to 30 Degrees Celsius. The chances of rain are low.

In the last few matches, bowlers have enjoyed their time in the middle as they’ve dominated the opposition batsmen. Also, going by the recent record, expect the team winning the toss to bowl first.

Romel Currency has scored 282 runs in 14 matches in T20 cricket and has also picked seven wickets. Deighton Butler is a former West Indies cricketer and has scored 45 runs in three innings while Kenroy Martin has three wickets to his name in as many T20 matches. Emmanuel Stewart has mustered 178 runs in 10 innings while Kenneth Dember has scored 110 runs along with 4 wickets with the ball. 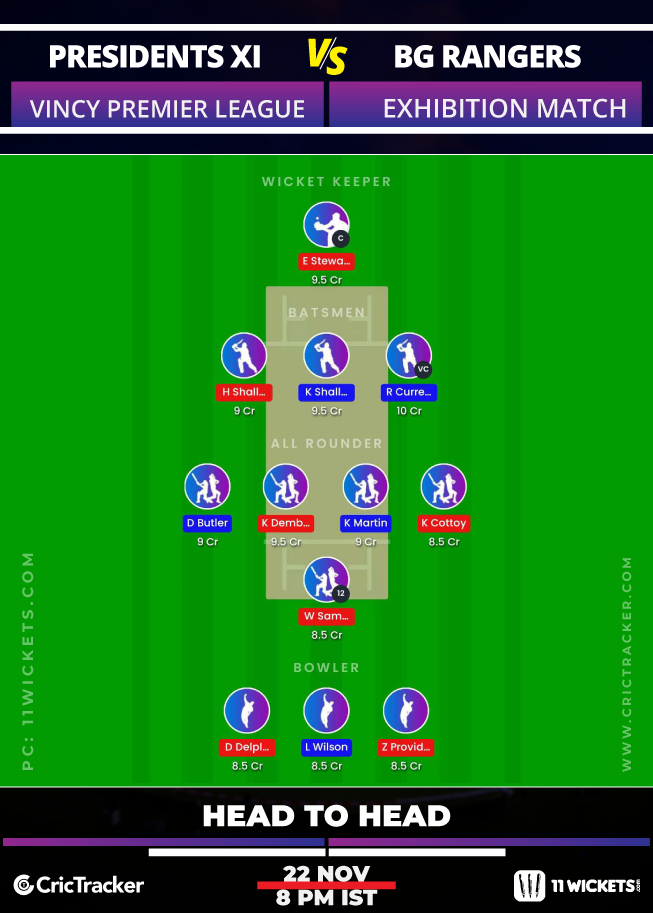 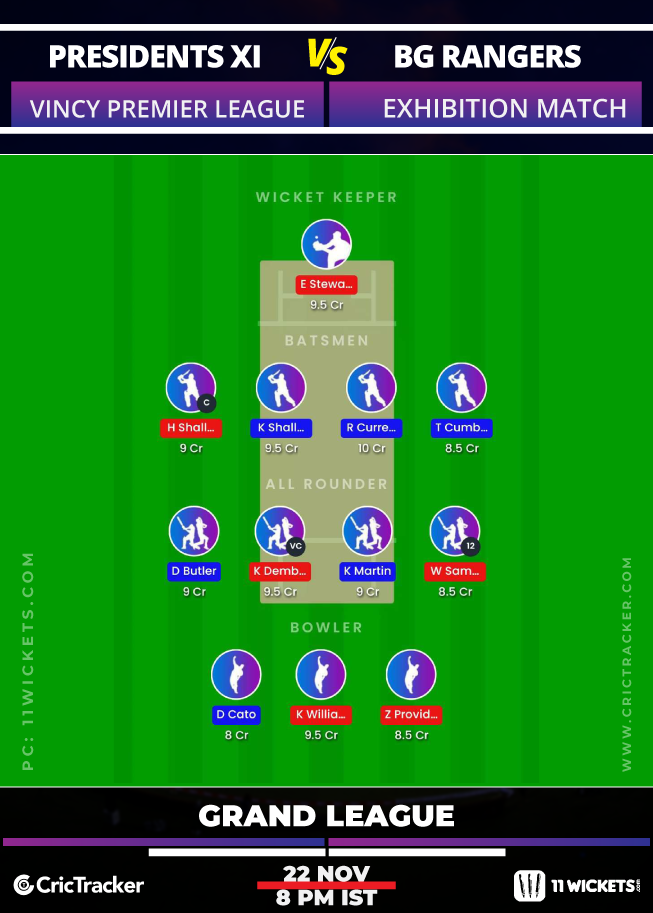 Hyron Shallow and Emmanuel Stewart have provided the team with decent starts while opening the innings and they can be made C and VC of your Fantasy Teams.