Tinashe Kamunhukamwe is in red hot form with the bat. He has so far scored 195 runs in four games with two fifties.

The 11th match of the Pro50 Championship 2020 will be played between Mashonaland Eagles and Matabeleland Tuskers at Takashinga Sports Club in Harare.

Mashonaland Eagles are currently on the third position in Pro50 Championship 2020. They have registered victory in back to back games. Now, they will look to grab their third consecutive win in a row that will help them in grabbing 2nd position in the tournament. Moreover, this will be their last league game of this season. They look pretty balanced side on the back of their in-form bowlers and batters. They will surely bank on their top-order batsman Tinashe Kamunhukamwe and Kudzai Maunze, who has done a decent job with the bat in the tournament.

Matabeleland Tuskers are leading the tournament charts with ten points. Now, they will look to go out all guns blazing to consolidate their position in the table. They boast a strong batting line up that comprises of Brian Chari, Cunningham Ncube and Craig Ervine that will look to end their stint on a high note with a win against Eagles.

The weather forecast says that it will not be a good day for a cricket match on Friday as the probability of rain and thunderstorm are quite high. The wind will blow at a rate of 11 to 15 km/hr whereas the temperature will deviate between 17 and 25 Degree Celsius throughout the day according to Accuweather.

The pitch at Takashinga Sports Club has not hosted a complete ODI game till date. So, there is no update on how the track will behave during the match. But, the side winning the toss will look to field to be on the safer side in the game. The fans can expect a score in excess of 200 runs based on the firepower present in both the teams.

Some of the players are expected to leave for Bangladesh tour. And, some players might replace them in the upcoming clash between Eagles and Tuskers. So, wait for the official confirmation over the availability of the players.

As of now, with no news update on them, we have considered that the players will play this match.

Tinashe Kamunhukamwe is in red hot form with the bat. He has so far scored 195 runs in four games with two fifties. He will be an obvious pick for any fantasy side. Brian Chari will also play an important role in Dream11 Fantasy team, who has muscled 153 runs in his four outings with one fifty. Sean Williams has used his experience to the fullest in the tournament and has emerged as a brilliant all-rounder for his team. He has amassed 129 runs and grabbed 12 wickets in his last four outings. He will also play an important role in any dream fantasy team. 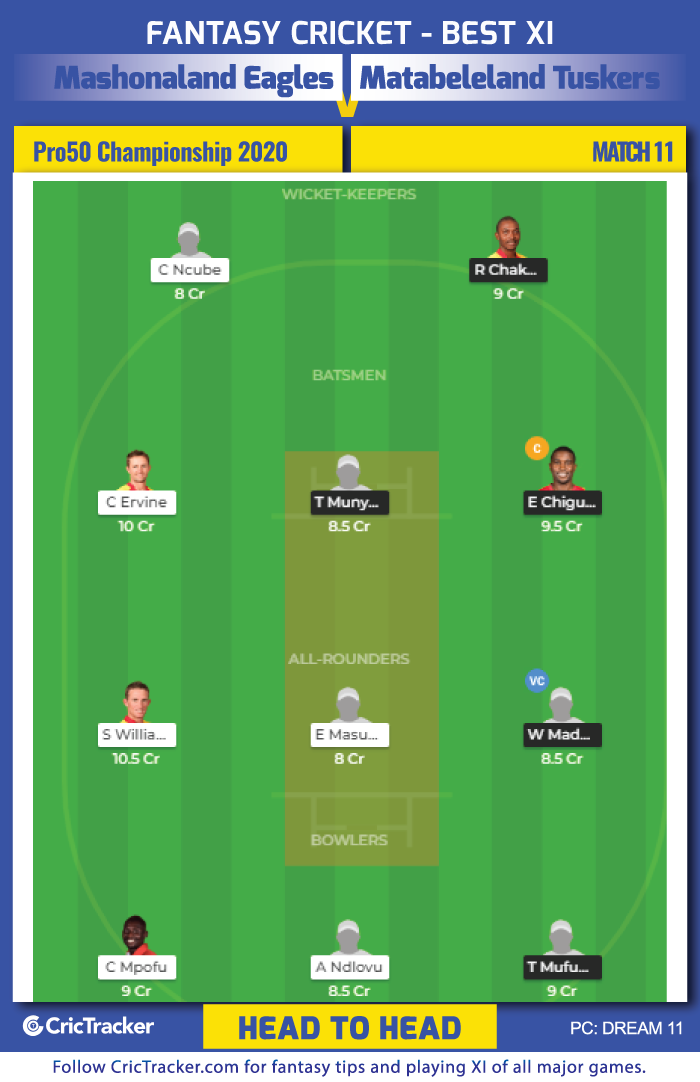 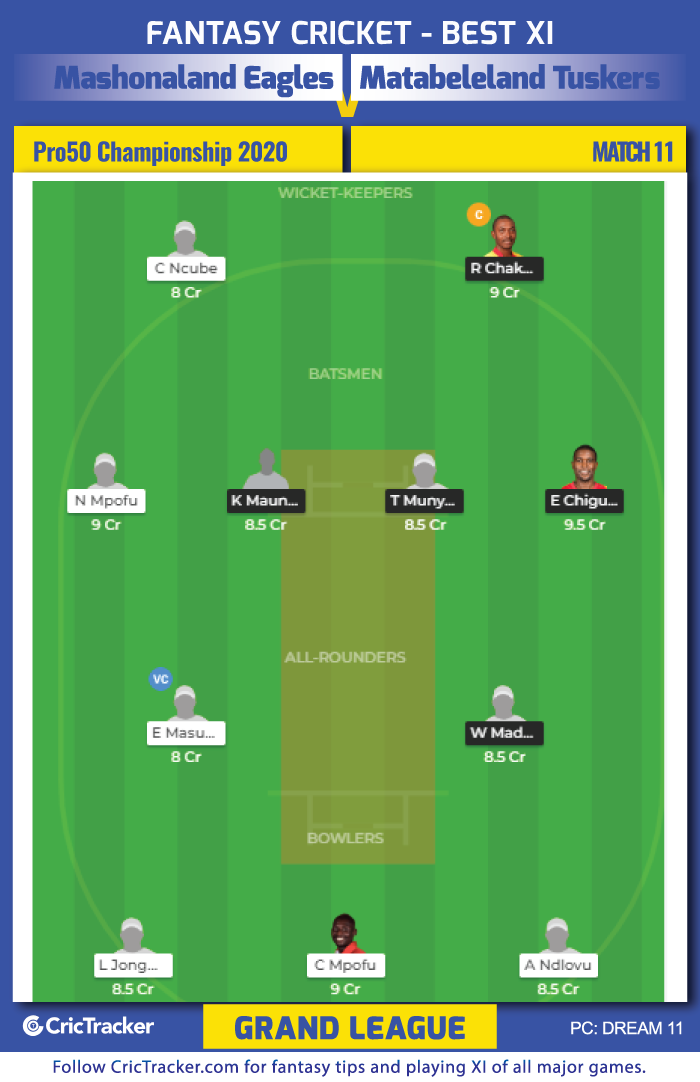 The users can opt for a combination of two good wicketkeepers, three batsmen, three allrounders and three bowlers for their Dream11 Fantasy team.

Matabeleland Tuskers are expected to win the match.