Hyron Shallow and Emmanuel Stewart have given decent starts while opening the batting, both should be included in your Dream11 fantasy team.

The Exhibition match of the Vincy Premier League will be played by Presidents XI and Botanical Gardens Rangers at Arnos Vale Sporting Complex, St Vincent.

The Presidents XI will play against the Botanical Gardens Rangers in a friendly Exhibition match of the Vincy Premier League. The Presidents XI have some vintage players, former West Indies cricketers, and higher officials in their line ups. Romel Currency, Deighton Butler, Kenroy Martin are the players to watch out for in the Presidents XI lineup. It will be funny and entertaining to watch as some of the cricketers are playing after so many years.

On the other hand, Botanical Gardens Rangers were knockout of the Vincy Premier League in the Eliminator 3 convincingly by La Soufriere Hikers. Hyron Shallow, Emmanuel Stewart had a decent tournament with the bat. Skipper Kenneth Dember had a modest of tournaments and failed to take the team to the finals.

Kimali Williams was the pick of the bowler for them, he had picked 10 wickets in this tournament. By looking at both team lineups it’s going to be an easy match for Botanical Gardens Rangers, having said that Presidents XI are expected to give tough competition.

It will be Partly cloudy with the temperature ranging between 29 to 30 degrees Celsius and the humidity will be 71 percent. The chances of precipitation for this match is low.

By looking at the recent matches bowlers are dominating the batters, they are picking wickets at regular intervals especially when they bowl first. As the tournament progressed the batters struggled to score big runs.

The more Tests we play, the more we’ll get used to the conditions: Smriti Mandhana

Deighton Butler is a former West Indies cricketer, in the domestic T20’s he had scored 45 runs in 3 innings at a strike rate of 100 with the highest score of 33*. He even picked up 2 wickets at an economy of 7. 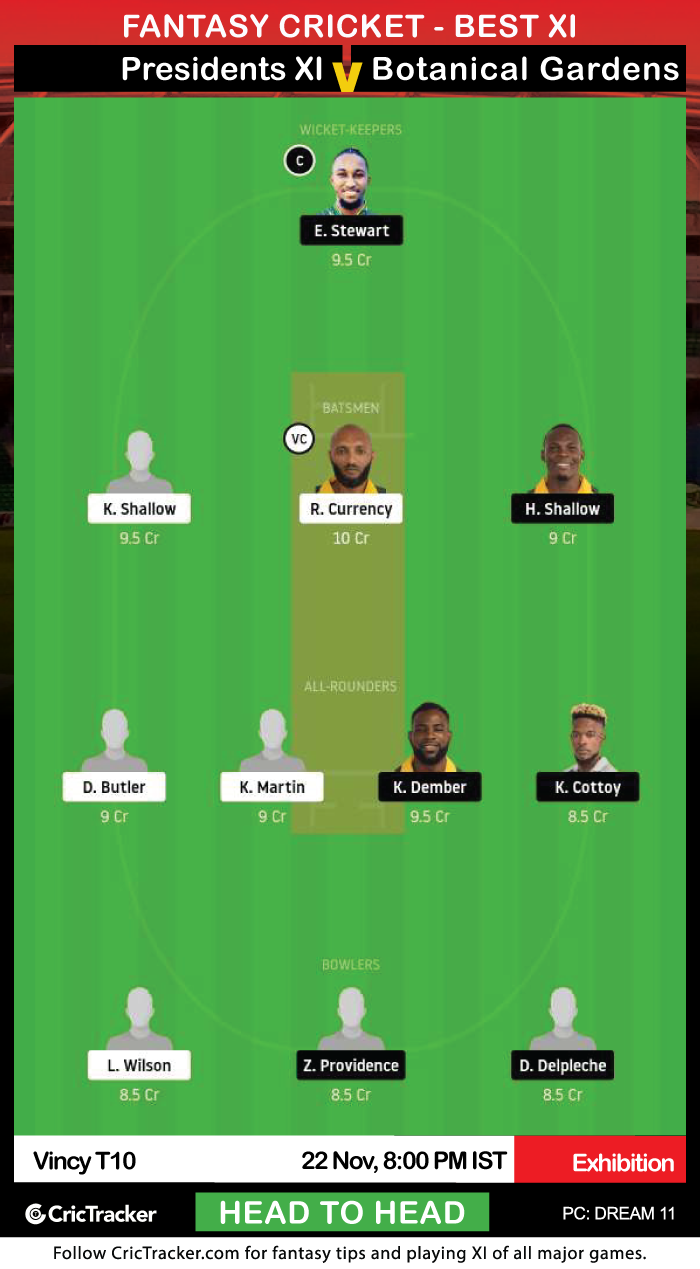 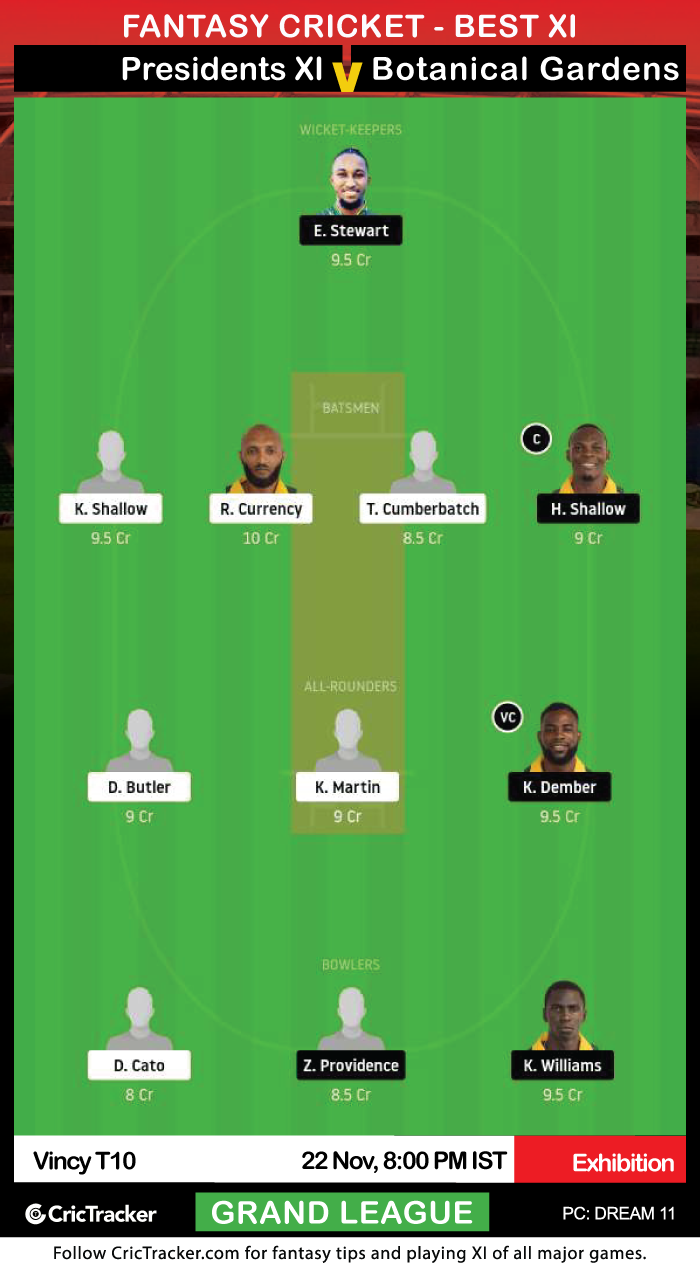 Hyron Shallow and Emmanuel Stewart have given decent starts while opening the batting, both should be included in your Dream11 fantasy team.