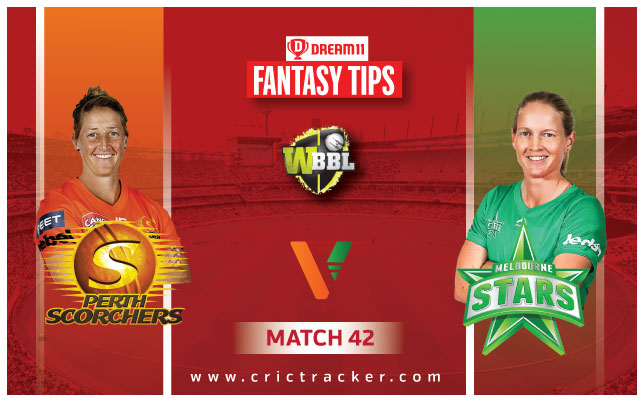 The 42nd match of the Women’s Big Bash League (WBBL) 2020 will be played between the Perth Scorchers Women and the Melbourne Stars Women at the Hurstville Oval in Sydney.

It would be really hard to pick any favourites in this match as both the teams playing this game have been in the pink of their forms throughout the tournament and have won matches after matches to reserve the top spots for them. The players of these teams have fought their way through to the very top and their individual performances have been the best of the lot.

The Melbourne Stars Women have 6 out of their 7 completed games and are placed at the top of the points table. They were scheduled to play 10 matches but have had only a handful of their games reach the final result. The story of their opponents has also been the same as they too have has 2 out of their 10 games cancelled. The Perth Scorchers Women have won 5 out of their 8 completed games and rest at the second spot in the points table. So, it would be really interesting to see which team gets past the finish line successfully.

The weather on Tuesday is expected to be well suited for an uninterrupted cricket match to take place as the chances of rainfall are just 10 per cent and the skies will be partly cloudy. The temperature is expected to be around the 20 degree Celsius mark.

Scoring runs in both the innings of the matches played at this venue has been easy for the batters. But, the bowlers will get their due share of help and they will have to make the most of it to stop the batters from scoring runs in either of the innings.

Sophie Devine has been ruled out of this fixture with a lower back injury; Amy Jones returns after recovering from a quad injury.

Natalie Sciver is the highest wicket-taker of the tournament and has been tormenting the batters throughout. She has played in 8 matches and has taken 14 wickets at an economy rate of 6.38 runs per over.

Beth Mooney placed at the top of the run-getters’ leader board of this tournament, has played in 9 matches and has scored a total of 322 runs at an average of 53.67.

Meg Lanning is the third-highest run-getter in this season of the WBBL 2020 having scored 303 runs in the 8 innings she has played in and has an excellent average of 50.50 behind her back. 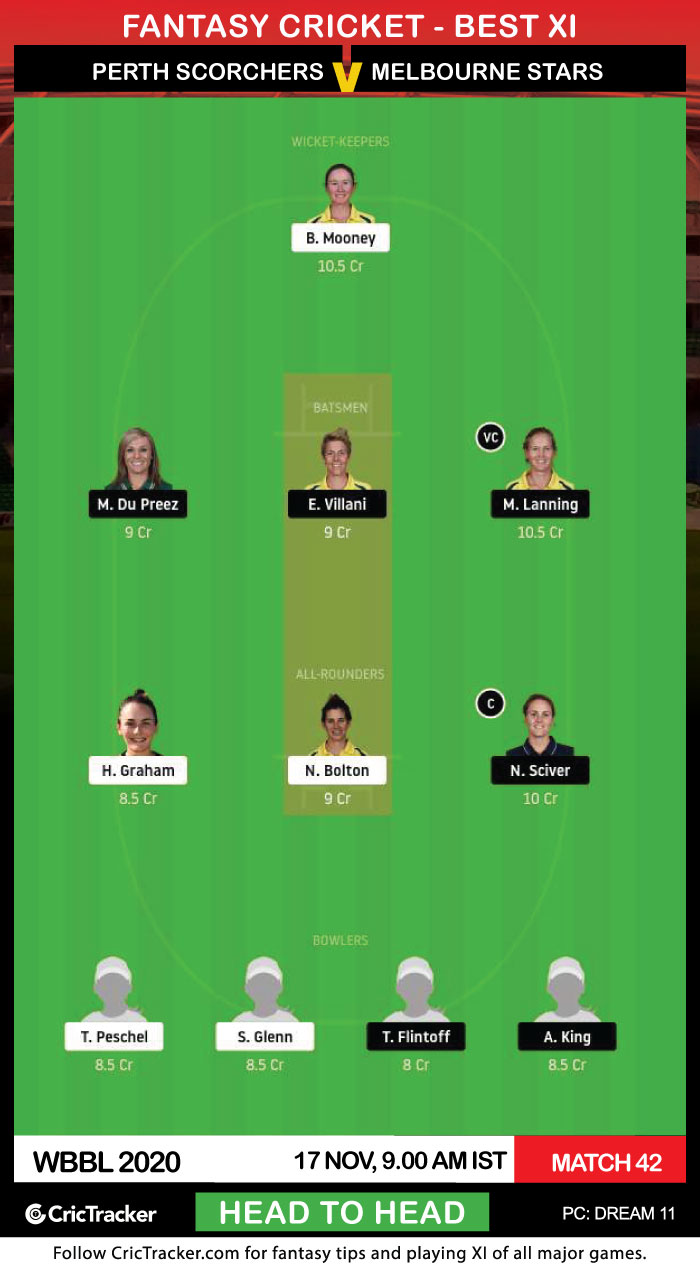 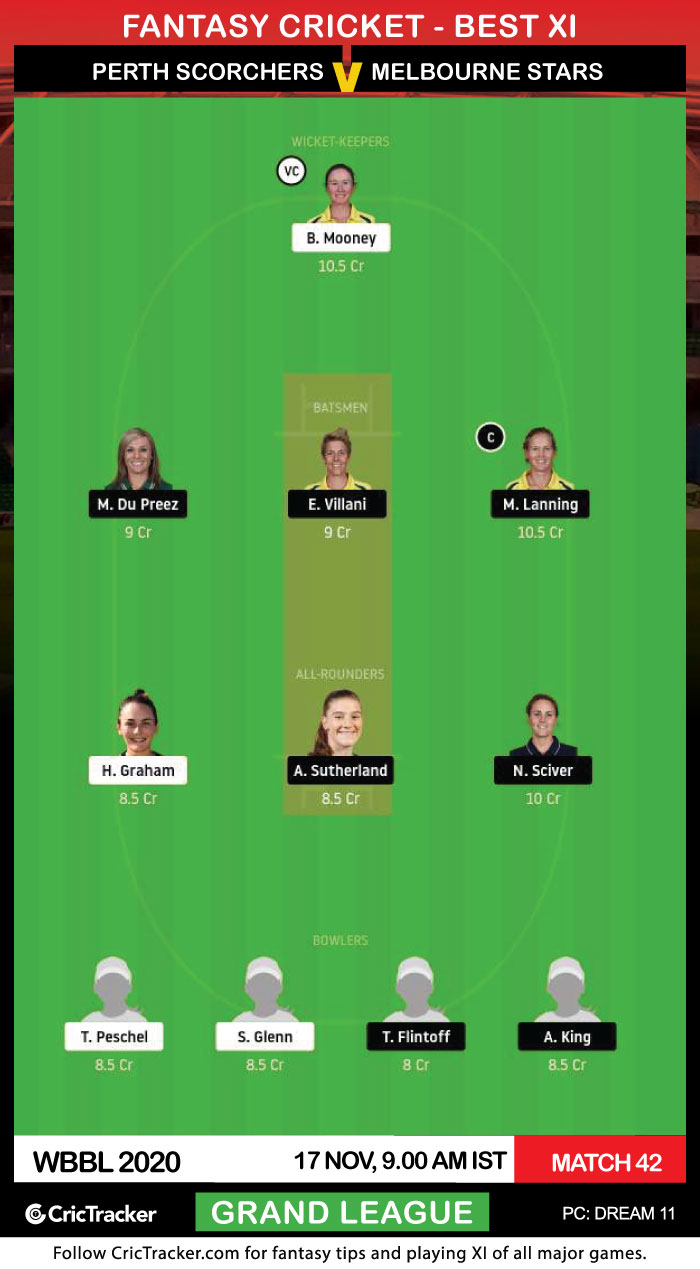