Joe Clarke is a good captaincy pick for this rubber.

Match No. 27 of the Australian T20 Bash will see the Perth Scorchers taking on the Melbourne Stars. The Scorchers have been unstoppable in the tournament, and are perched atop the points table, having won a whopping 9 out of their 11 games.

The Melbourne Stars are positioned at the 7th spot and have won 4 out of their 9 encounters. Both these sides will enter this match after winning their respective previous rubbers.

The pitch is a good one for batting, and the batters can score runs if they can get their eye in. There will also be some bounce and carry for the bowlers in the initial stages of the game.

Hilton Cartwright has plundered 273 runs in the competition and has scored them at a strike rate of close to 150.

Joe Clarke has blasted 286 runs in the tournament and has scored his runs at an average of over 35.

Kurtis Patterson has scored 267 runs in the competition and has scored them at an average of 33.37. 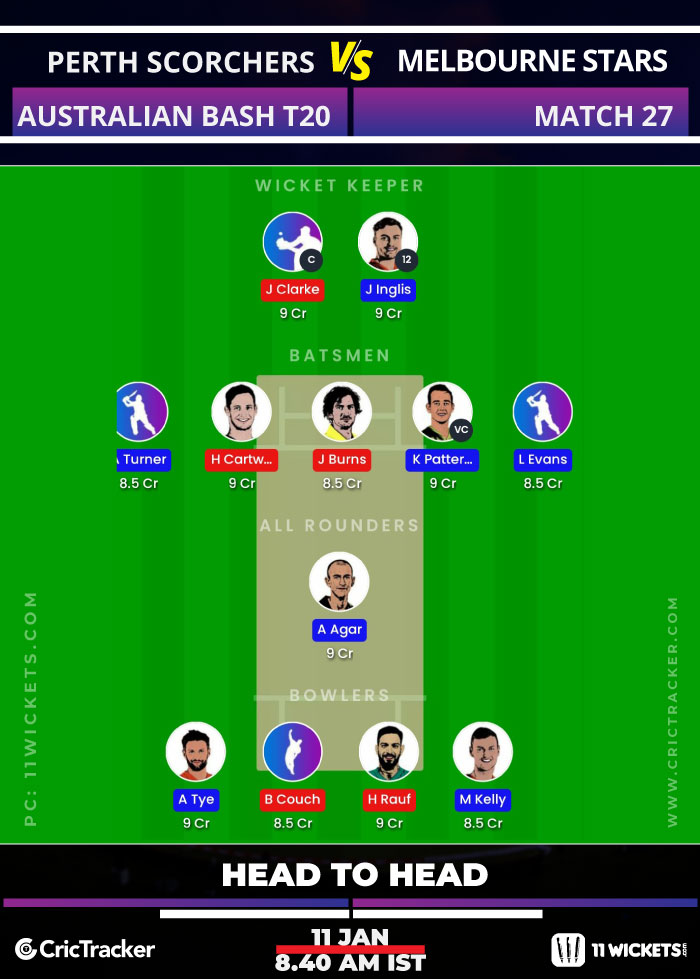 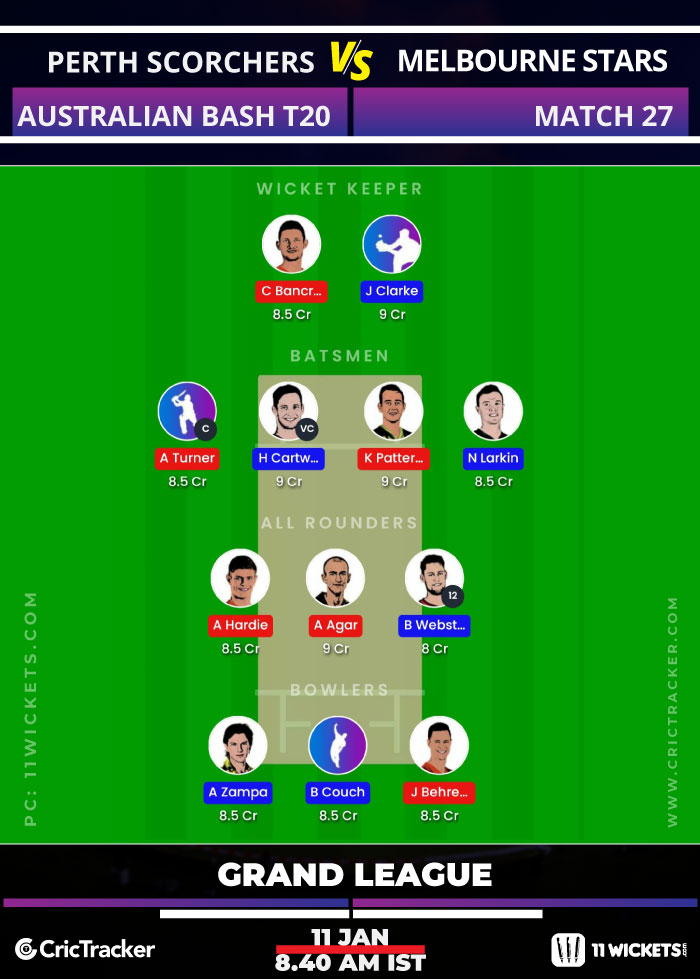