Heading into this game, both sides will aim to continue their winning momentum.

Perth Scorchers and Sydney Thunder will battle it out against each other in the Match 36 of the Australian Bash T20. Both the teams enter this contest after having won their previous matches. The former exuded great character to restrict the opposition to 133 after posting the target of 144. They have had a splendid run in the mega event so far. They have won eight matches from the nine they have played.

Sydney Thunder, on the other hand, posted the target of 173 runs for Adelaide Strikers and bundled them at 144 to win the match by 28 runs. They are placed at the third position of the points table with five wins from eight matches. Heading into this game, both sides will aim to continue their winning momentum.

The pitch will provide good assistance to the batters. The bowlers will need to toil hard to scalp wickets on this surface. On winning the toss, fielding first can be a good alternative on this deck.

Colin Munro is currently the highest run-getter on the side. He has chipped in 335 runs from nine matches at an average of 55.83 in the mega event so far. He can be a good pick for this match.

Andrew Tye has been exceptional for the side in the tournament so far. He has picked up 16 wickets from nine matches in the high-profile tournament. In the last match as well he chimed in with three wickets.

Matthew Gilkes fell just seven runs short of his century in the last game. In the tournament so far he has smashed 225 runs from eight matches. He can be a good pick for this match. 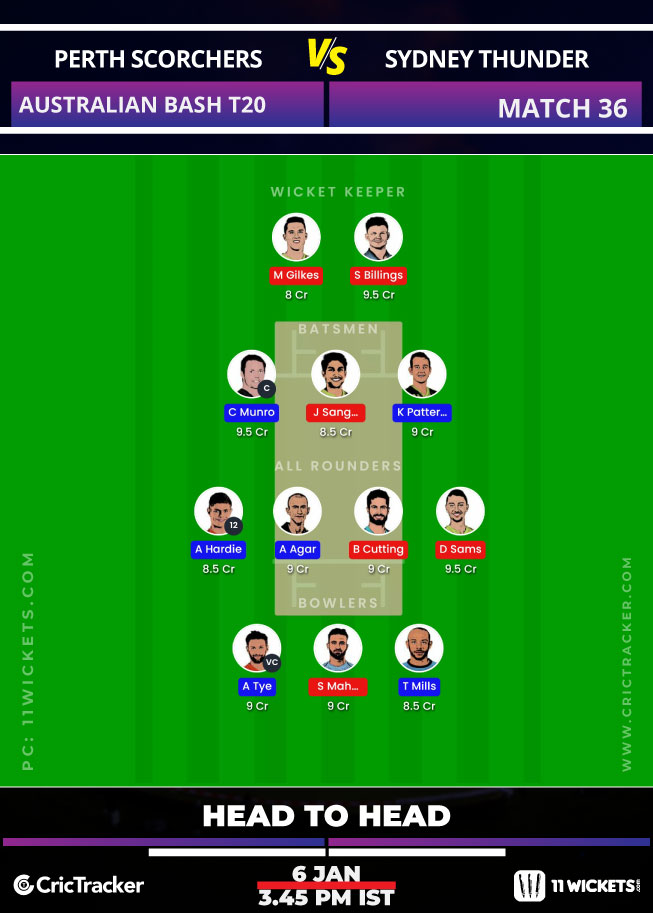 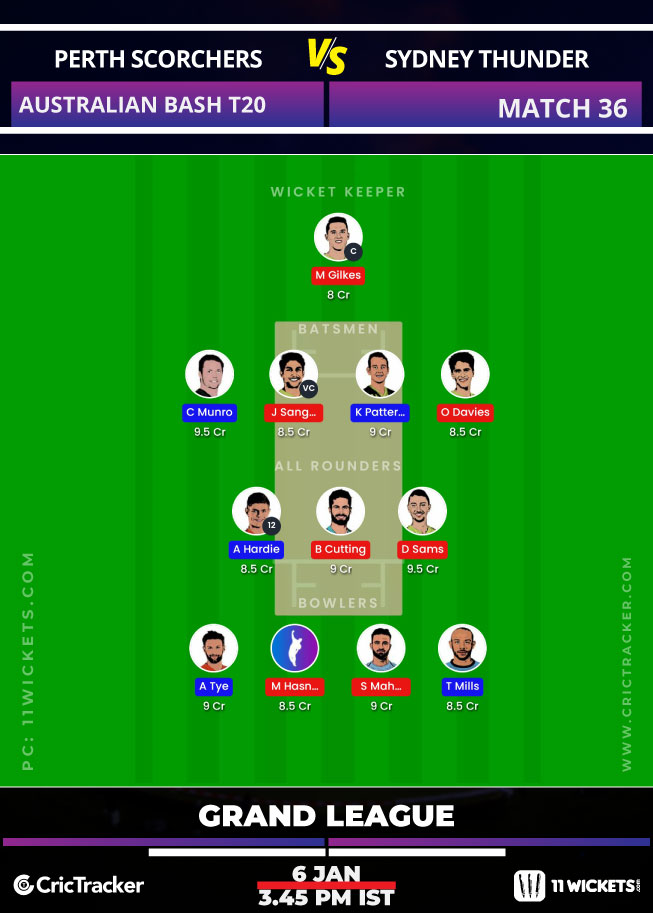