Chris Lynn and David Wiese have left the PSL midway amid Coronavirus threat.

The second semi-final of the Pakistan Super League (PSL) 2020 between Karachi Kings and Lahore Qalandars at the Gaddafi Stadium in Lahore.

Chris Lynn’s unbelievable knock of 113 in the last league match propelled Lahore Qalandars into the knockout stages of the Pakistan Super League (PSL) for the first time. Karachi Kings, who finished second on the points table, would now not have an extra opportunity to go into the final if they lose this match. The pressure would be on Imad Wasim’s side obviously as they will be up against a strong home side.

Lahore did win only five matches but the momentum is with them. Winning four of their last five matches has made the Sohail Akhtar-led side confident. Interestingly, the only match which Lahore lost during this time was against Karachi Kings by 10 wickets. But, a couple of days before that Lahore had themselves beaten Karachi by eight wickets.

In short, the second semi-final is expected to be packed with excitement and thrill. We could have another high-scoring affair on the cards as these two really good sides clash in search for a place in the summit clash.

There is a slight chance of precipitation in Lahore but it might not affect the match much. The temperatures could go down as far as 14 degrees Celsius during the evening. The cold and chilly might aid some swing bowling but on a flat deck, it is unlikely to happen.

The Lahore pitch has been really good for batting this season. In the last five matches here, four times teams batting first have gone past 185. Interestingly, on three occasions runs have been chased as well. This goes to show how bowlers haven’t found their mojo on a pitch which has been really good for batting. Dew could also come into play in the later stages of the matches.

Abid Ali and Salman Ali Aagha have been included in the Lahore Qalandars squad ahead of the semi-finals. Chris Lynn and  David Wiese have decided to head back home because of the coronavirus threat.

Fakhar Zaman has scored back to back fifties leading into this match. Ben Dunk averages 53 with a strike rate of 186 in this tournament. Sohail Akhtar has also scored 236 at 40 in this season. Babar Azam is the must-have in the side. He has close to 350 runs this season. Sharjeel Khan has been in form while Imad Wasim and Mohammad Amir have been doing their job quite well. 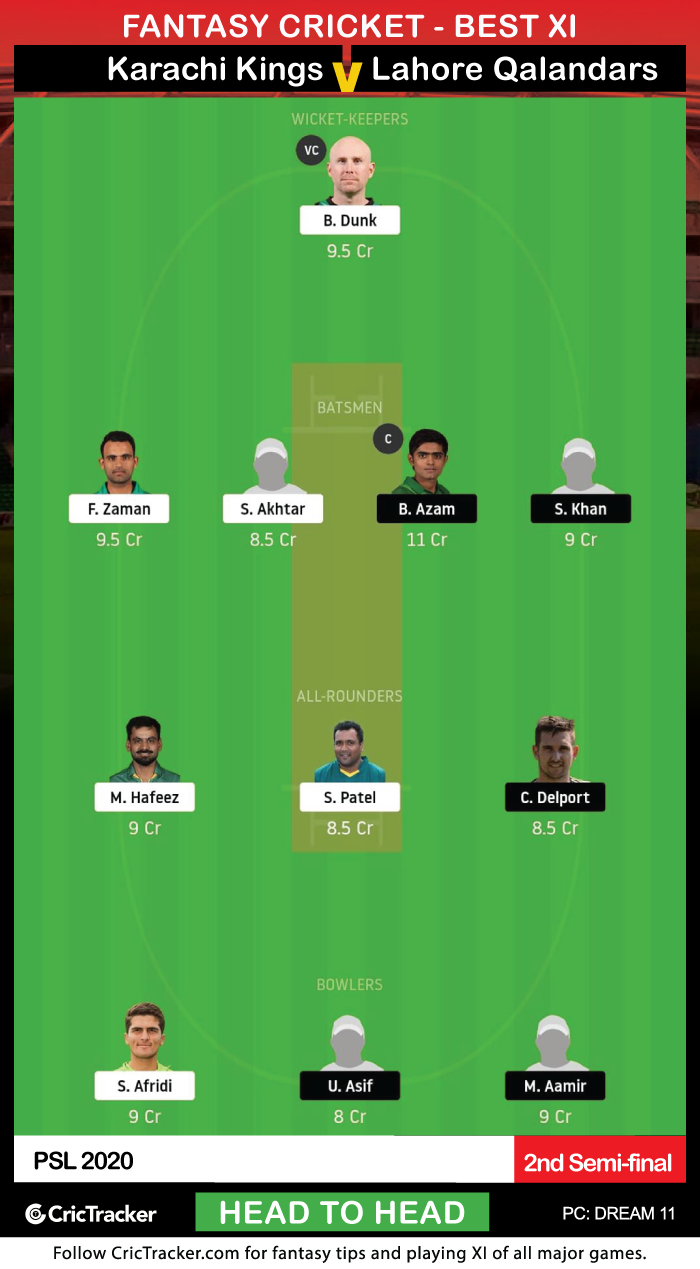 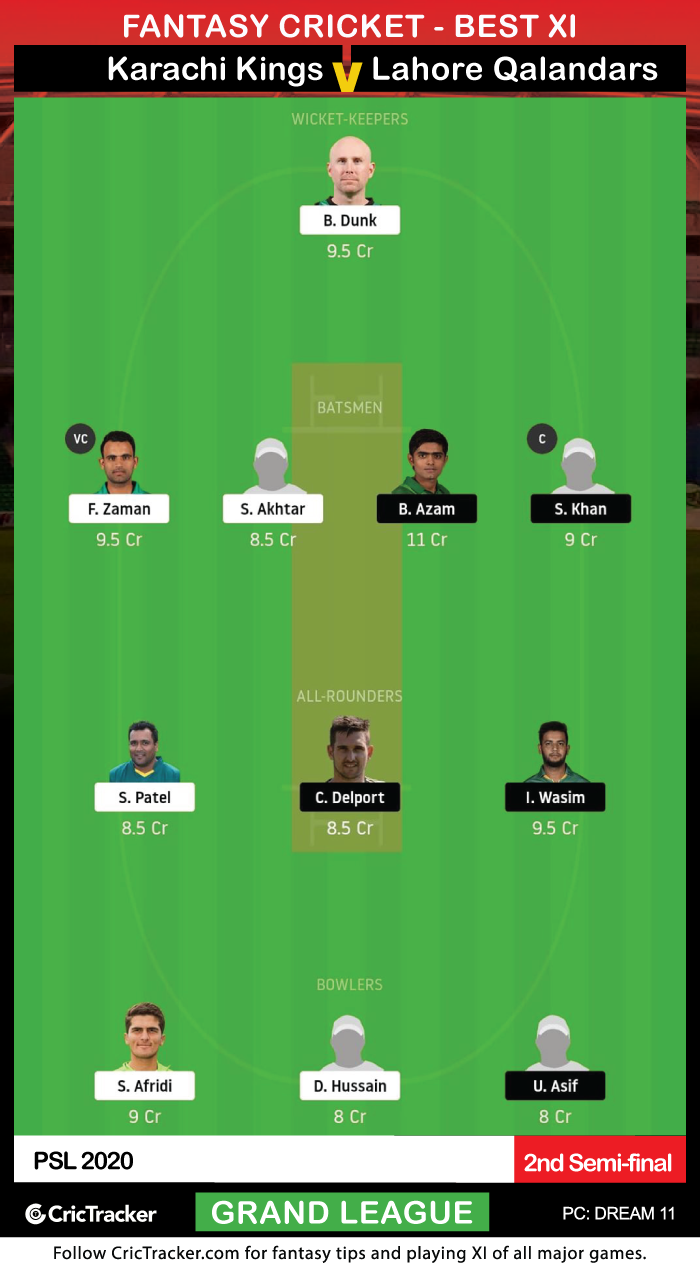 Ben Dunk and Babar Azam are two premier batsmen in this match. You must include them in your line-up. Mohammad Hafeez and Samit Patel are both in good form. C Delport or Imad Wasim could be a good choice as the all-rounder’s role. Bowlers like Shaheen Afridi and Mohammad Amir are likely to be the most impactful ones in the match.

Lahore will certainly get a home advantage but both teams are equally strong. It is hard to predict, yet Lahore’s momentum could just turn out to be a bit too much for Karachi.