Kamran Akmal seems to be in top form and has scored a ton already.

The 13th match of the Pakistan Super League (PSL) 2020 will be played between Islamabad United and Peshawar Zalmi at the Rawalpindi Cricket Stadium in Rawalpindi.

Both Islamabad United and Peshawar Zalmi are stuck in the middle of the table. Both of them have blown hot and cold in this tournament so far and are currently third and fourth with four points to their name.

Peshawar Zalmi have lost and won alternately. Barring the game against Multan Sultans where they scored just 123, it’s been the batsmen who’ve set the game up for Zalmi. They fell 10 runs short in their chase of 202 against Karachi Kings in their opening game before hunting down 149 with nine balls to spare. In a curtailed game against Lahore Qalandars, Zalmi made 132 in 12 overs and defended it well.

There are thunderstorms expected throughout the day. The temperature will be around 14-15 degrees during the game but rain is likely to play spoilsport. In fact, there’s more than 55-60% chance of rain and thunderstorm during the game.

The Rawalpindi Cricket Stadium produced a very good track to bat on when Islamabad played Quetta. Another good batting track might be in store but there might be some nip in the air and off the seam with rain around. Moreover, both teams will want to chase.

Dawid Malan has been in very good form and has started this tournament pretty well. He’s made 131 runs in four innings and he is striking at 142.39. Faheem Ashraf has done well with the ball. He’s been expensive but he’s picked up seven wickets in four games. Moreover, he can be very handy with the bat too.

Kamran Akmal seems to be in top form and has scored a ton already. He is a key figure in the Peshawar Zalmi batting line-up. Lewis Gregory played his first game of the tournament against Lahore Qalandars and had an impact straight away. He 16 off 8 balls before picking 4/25 from three overs. 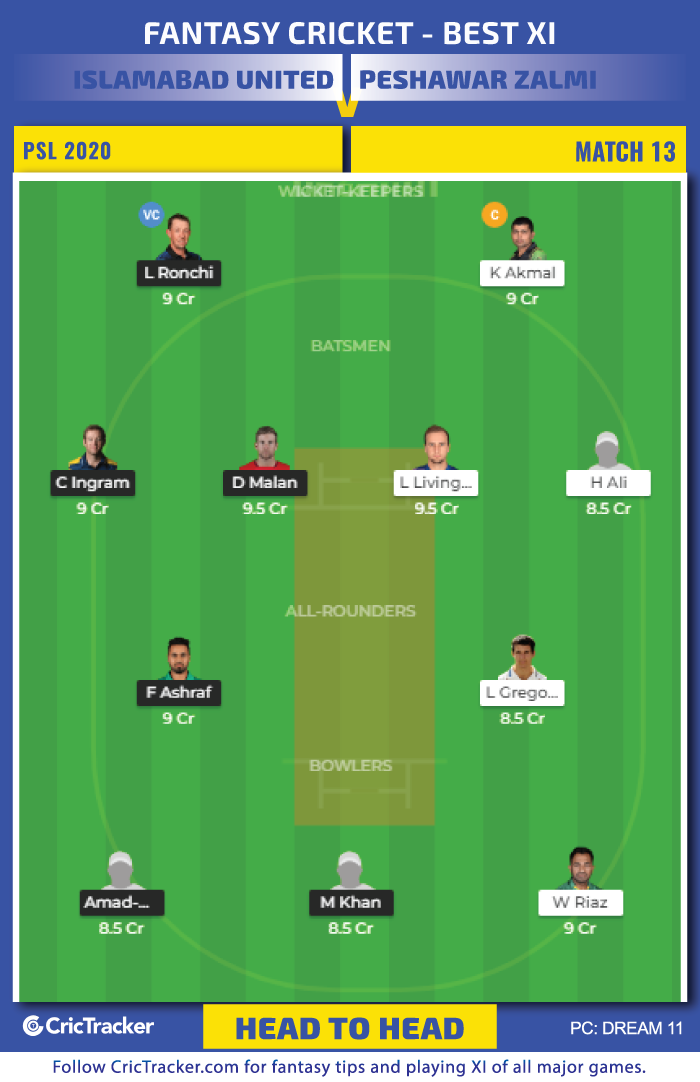 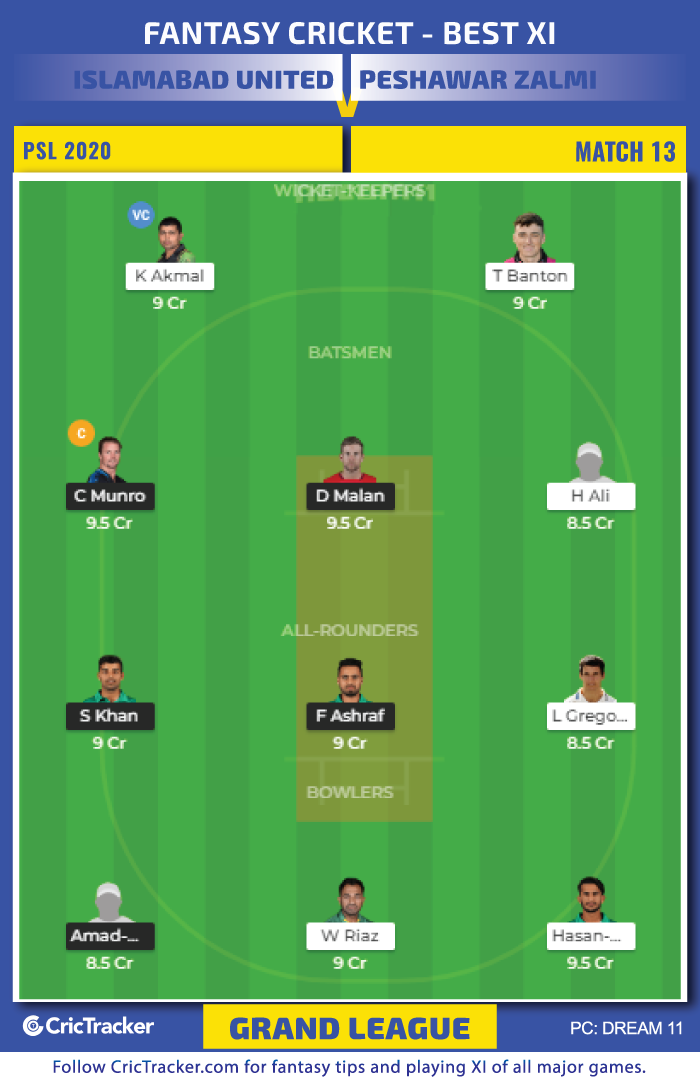 It is expected to be a high-scoring game and the user could well stack up the side with more top-order players. The wicket-keepers from both sides bat at the top of the order which means you can pick two of them in your side. In all, the user could go in with a total of two keepers, three or four batsmen and three bowlers along with two or three all-rounders.

The teams have been making unexpected changes in their playing XIs in the ongoing edition of the PSL. It would be wise to wait for the playing XIs to be announced before finalising your Dream11 Fantasy team.

Peshawar Zalmi are expected to win the match.