The United have beaten the Kings in six out of their last seven matches.

Karachi Kings started the PSL by rolling over last year’s runners-up Peshawar Zalmi by 10 runs. But their journey after that hasn’t been a pleasant one. Imad Wasim and Co are placed fifth in the points table with two points from three games after heavy losses against Quetta Gladiators and table-toppers Multan Sultans. The Kings are next scheduled to lock horns with the Islamabad United.

The fact that they have played the least number of games gives them some sort of breather. Shadab Khan’s United, on the other hand, have moved to third after their abandoned match against the Zalmi. Another victory will help them topple the Gladiators to the second spot. On head-to-head, the United are 8-4 ahead. In their previous seven meetings, Islamabad have come out trumps six times.

The first two matches in Rawalpindi were affected by rain. But, the forecasts for Sunday doesn’t have rain predictions. The conditions will be hazy with the temperature around the 16 degrees Celsius. The humidity will be in the 60s and 70s. The pitch is expected to be good for batting and will be staying true throughout the day. Chasing should be the way forward after winning the toss.

The United batting is in jaw-dropping form. Dawid Malan is their leading run-getter with 131 runs. Colin Ingram and Luke Ronchi have also touched the 100-run barrier and are in pretty good rhythm. Shadab Khan promoting himself has turned out to be a masterstroke as he has 99 runs, averaging 33.

The United captain has blown a tad hot and cold with the ball though. Munro, Asif Ali and the rest need to show a bit more consistency. Faheem Ashraf has seven wickets to his name. Fast bowler Muhammad Musa hasn’t flattered to deceive either. Akif Javed have bowled well thus far.

The Kings have depended heavily on Babar Azam, who has 117 runs at an average of 39. Barring him, the rest of the batting hasn’t quite stepped up. Alex Hales, Iftikhar Ahmed, Imad Wasim and Cameron Delport have scores in the 50s and 60s. But they need to deliver if Babar fails some day.

In bowling, Chris Jordan has five wickets to his name. Umaid Asif and Mohammad Amir have three wickets each. The duo has also managed to put a lid on the run-scoring with economy in the sevens. Imad has only a solitary wicket to his name, but he has been frugal, giving runs away at 7.42. 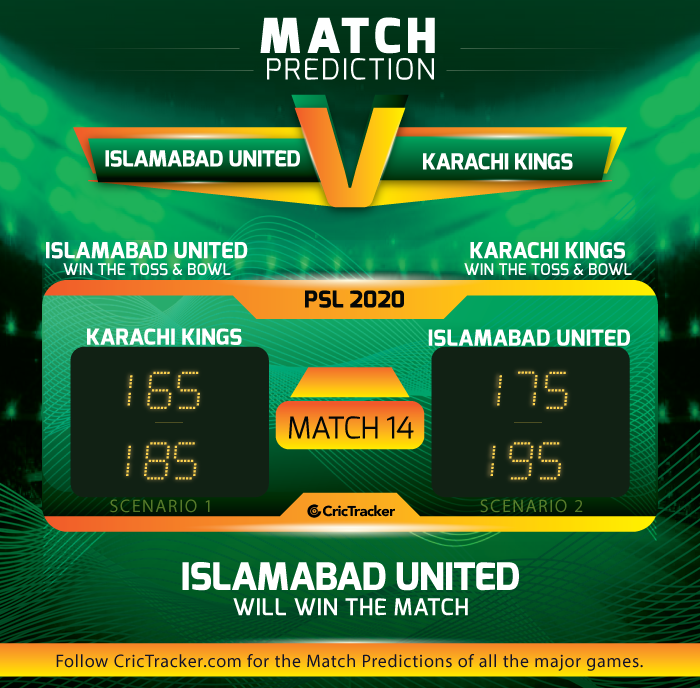