Alex Hales, who averages 60 for Karachi Kings this season has decided to leave the league and go back home due to the coronavirus threat.

The 28th match of the Pakistan Super League (PSL) 2020 between Karachi Kings and Islamabad United at the National Stadium in Karachi.

As the Pakistan Super League 2020 moves towards the business end, the war on the points table has just picked up. Karachi Kings would feel good though, knowing that they have still two matches left. This is a perfect opportunity for them to elevate from their second-place to the top. Islamabad United though don’t have a lot to think. They have to win this match and then wait for the rest of the results.

Under the leadership of Shadab Khan, who has rediscovered himself as an all-rounder, Islamabad has looked strong but only in parts. Them coming together and moving as a strong team, which was Islamabad’s game in the first few seasons, hasn’t really found a place this year. They would still depend on their batting to get to whatever place possible to at least have a chance for qualification.

Moving to the Karachi Kings led by Imad Wasim ticked all boxes in the previous match. Restricting Lahore to a small score and then clinching a 10-wicket win would have given them a lot of confidence going into the business end of the league.

The weather in Karachi, unlike other venues, has allowed the matches of the tournament to be conducted properly. As Kings and United meet again, the weather won’t be a problem. No rain is expected according to the AccuWeather. The temperatures could go down to 18 degrees during the evening.

Karachi Kings defeated the Lahore Qalandars in the last match played at this venue. The pitch in that match felt a little double-paced. In the first innings, ball held up into the surface but batting became exceedingly easy as the second innings. Maybe it was some good batting display from Babar Azam and Sharjeel Khan, but surely the authenticity of the Karachi wicket being batting-friendly is still intact.

Alex Hales, who averages 60 for Karachi Kings this season has decided to leave the league and go back home due to the coronavirus threat. It has been also said that no English players will take any further part in this edition.

Luke Ronchi, Colin Munro and Dale Steyn have returned back to their country due to COVID-19 threats.

Babar Azam with an average of 59 has been going strong this season while Sharjeel Khan played a blinder in the previous match. Mohammad Amir has impressed with his tally of 10 wickets this season.

On the other hand, Shadab Khan hasn’t put a foot wrong in this season as a player and has played extremely well for his side. At the top, Islamabad has Ronchi and Munro, the two Kiwis have left a lasting impression. All the three players have scored 250 runs this season and put forward a strong for their selection in any fantasy team. 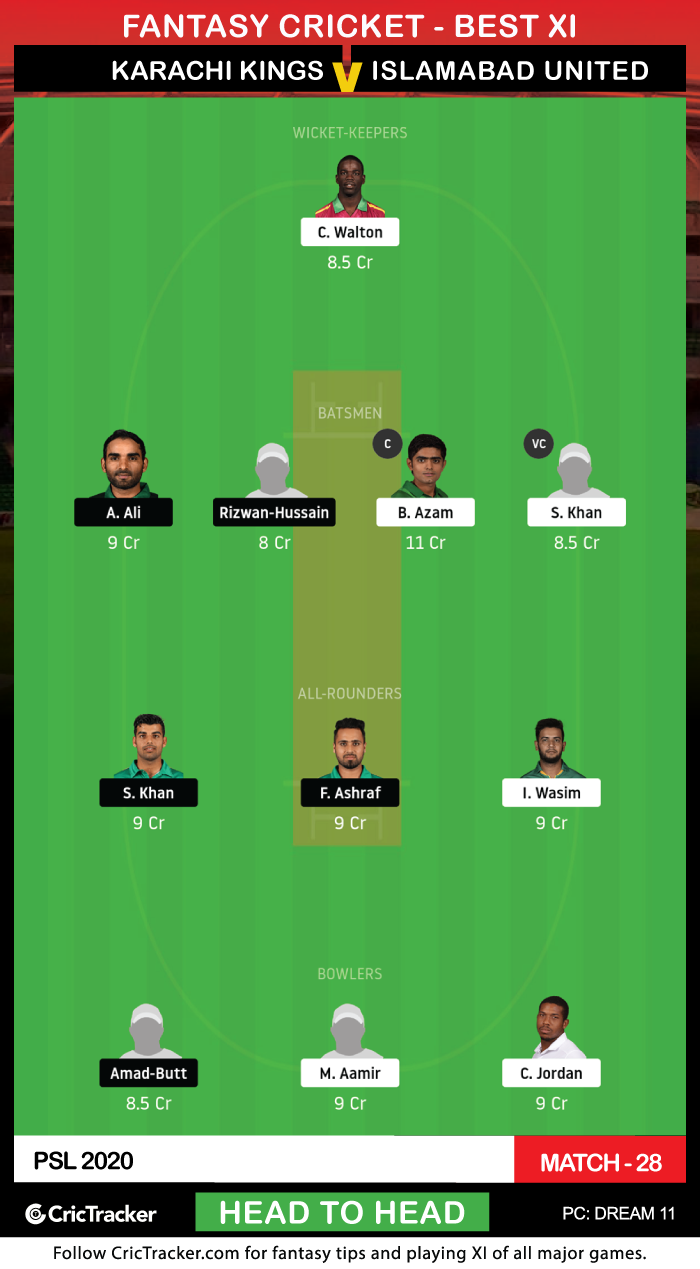 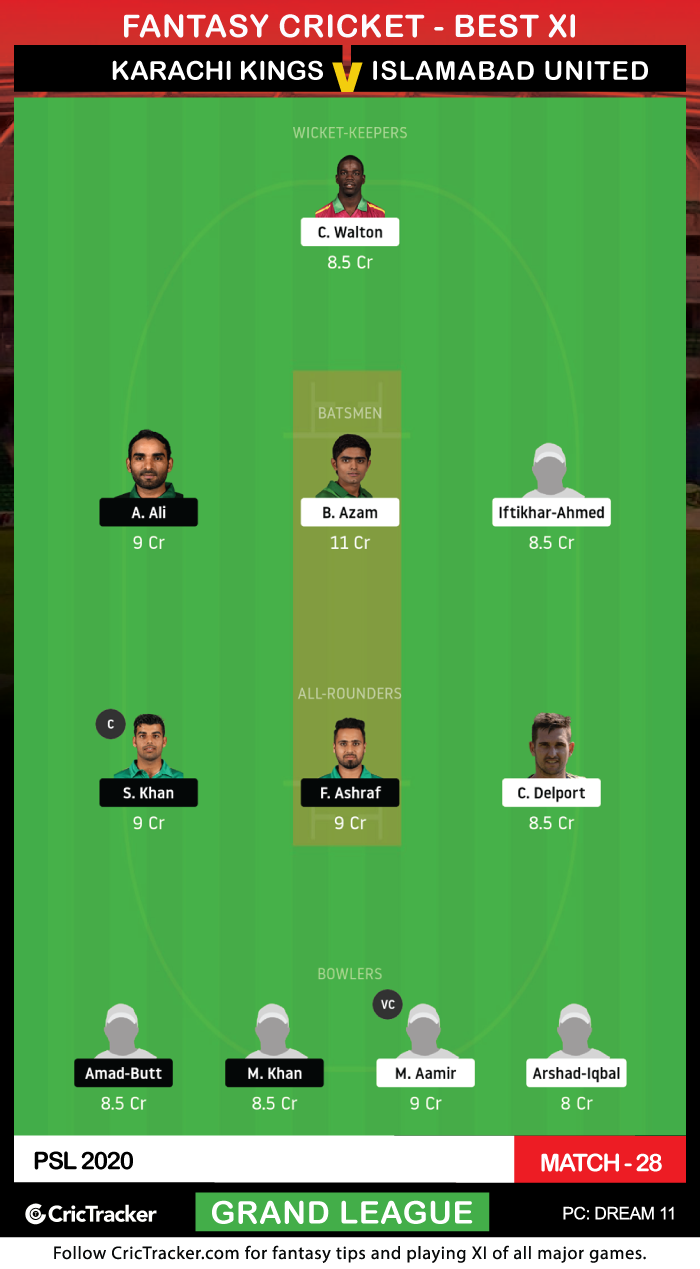 Babar Azam and Mohammad Amir are two players from Karachi who are worth putting your money on.

Keep an eye on the playing XIs of the teams as there will be a lot more changes after the overseas left midway through the season.

Karachi Kings are in superb form and the home advantage makes them a favourite to win this contest.