Dawid Malan muscled 64 runs in the opening game for Islamabad United. He will be a hot favourite pick for any fantasy team.

The 5th match of the Pakistan Super League 2020 will be played between Islamabad United and Multan Sultans at the Gaddafi Stadium in Lahore.

Islamabad United didn’t get off to a great start to their campaign in PSL 2020 as they suffered a defeat against defending champions Quetta Gladiators in their opening game. Their openers Colin Munro and Luke Ronchi failed to click good knocks with the bat. Meanwhile, Dawid Malan’s brilliant knock of 64 runs went in vain.

Now, in the second match, their openers are expected to come out with brilliant performances. Even their middle order was also exposed in the season opener as none of them managed to score good runs with the bat. In the next clash against Multan Sultans the Islamabad United will look to fill the voids the in the team in order to grab a win.

This season Multan Sultans have a strong batting line up that has players like Shan Masood, James Vince and Rilee Rossouw, who will be having the responsibility to score runs for their side. Moeen Ali will also play the role of an all-rounder, who is a sort of T20 specialist. He can smack the ball at a high strike rate and can take wickets with his spin bowling. Sohail Tanvir and Junaid Khan would look to grab some wickets with their quick bowling. This duo is quite capable of turning the game towards them at any crucial stage of the match.

As per the weather forecast, there are no chances of rain on Saturday. The wind will be blowing at a rate of 9 to 11 km/hr whereas the temperature will hover between 12 and 25 Degree Celsius throughout the day according to Accuweather.

The track at Gaddafi Stadium might turn out to be a competitive wicket for the batsmen and bowlers. The batsmen will find it difficult to face the spin heads, who will get some good turn from the pitch. On the other hand, the fast bowlers will have to hustle hard to pick wickets as they might not get much assistance from the track. The side winning the toss will probably look to field first to be on the safer side. 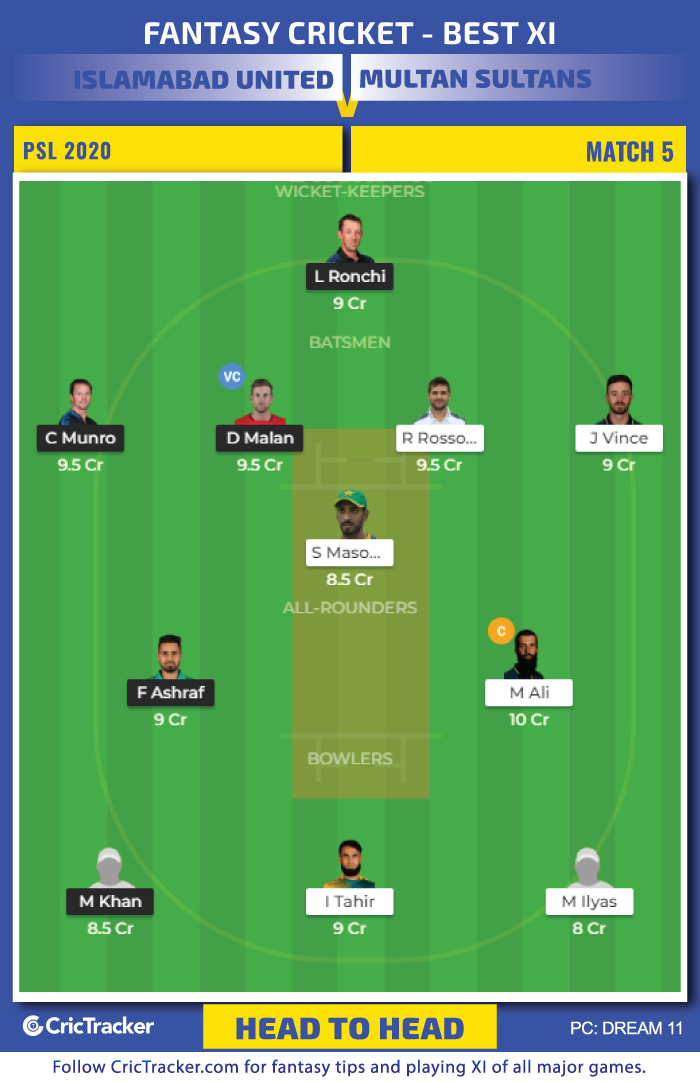 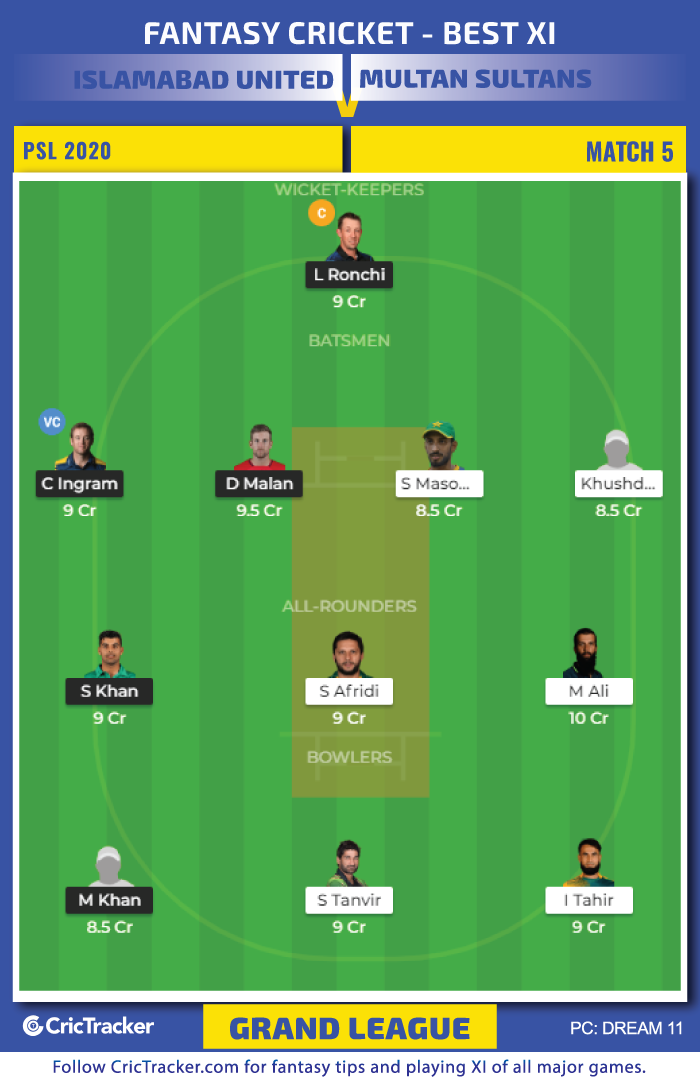 The pitch is expected to be spin-friendly so the users should go for more spinners in the upcoming match between Islamabad United and Multan Sultans.