The United have won four games on the trot against the Qalandars.

Prior to the start of PSL 2020, Lahore Qalandars had finished at the bottom of the table in every other season of the T20 tournament. Even this time around, the team, led by Sohail Akhtar, got off to the worst possible start. Multan Sultans beat them by five wickets in Lahore. The Qalandars’ next contest is against the Islamabad United at the very venue in the second of Sunday’s doubleheader.

In PSL history, the United have gotten the better of the Qalandars six out of eight times. The United have won four games on the trot against them. In the competition, Shadab Khan’s men started with a three-wicket defeat at the hands of the Quetta Gladiators. However, they made a strong comeback, beating the Sultans by eight wickets, chasing down 165 with as many as 20 balls to spare.

The pitch at the Gaddafi Stadium hasn’t thrown up much demons in the two games played thus far. But it has favoured the team, batting second. Both times the team, batting first had troubles, but the batters found it easier in the second half. The conditions will be pretty hazy with the temperature around 21 degrees Celsius. The humidity will mostly be in the 50s with no chances of a downpour.

The Qalandars need to sort out their batting woes. Chris Lynn and Fakhar Zaman indeed scored 59 runs in the first five overs against the Multan Sultans. However, after the latter fell, the innings fell apart. The good thing fore them is that their skipper Sohail Akhtar is in form after the unbeaten 34.

It’s time for the likes of Hafeez, Dunk, Vilas and other others to deliver. In bowling, Shaheen Afridi was the standout, picking a wicket at an economy of 4.50. David Wiese also kept a check on the runs. Haris Rauf, who had a stupendous BBL for Melbourne Stars, was taken for as many as 40 runs.

Dawid Malan and Luke Ronchi are the United’s most in-form batsmen with 99 and 97 runs respectively. In the last game, Ronchi also got the Player of the Match for his 45-ball 74. Munro also managed to make amends after he bagged a duck in the first game. This time, he scored a fifty.

In bowling, Musa has arguably been their standout performer. He has four wickets at an economy of 6.75. Butt went for a few against the Gladiators, but returned with a four-fer. Ashraf and Javed have been decent as well. But concerns remain with Shadab, who is wicketless at an economy of 11.53. 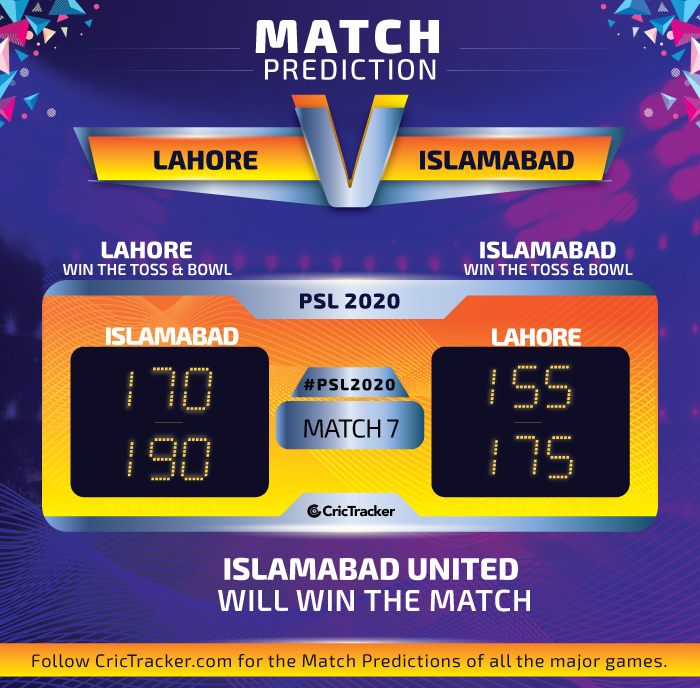