Shaheen Afridi is a very good option to make VC in the 11-Player team. 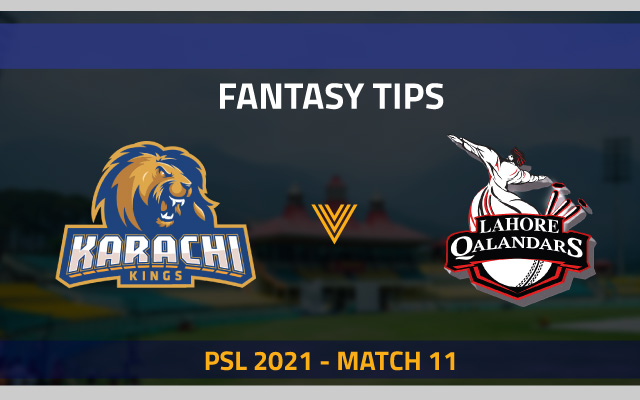 The 11th Match of the Pakistan Super League (PSL) 2021 season will be played between Karachi Kings and Lahore Qalandars at the National Stadium in Karachi.

This match will start at 7:30 PM IST (7 PM local time). It will be telecasted on Sony Sports Network and can be streamed live on Sony LIV.

The finalists of the 2020 PSL will meet for the first time in the 2021 edition. The two teams will be up and at each other as Lahore look for their redemption. Talking about the 2021 edition so far, Lahore had started their campaign with a bang with two back-to-back wins, but they lost their third match to Multan Sultans.

Karachi, on the other hand, is also coming into this game after chasing down 196 against Multan Sultans. Sharjeel Khan is one of the in-form batsmen and Babar Azam struck an unbeaten 90 in the previous game. However, their bowling which was praised in the first match fell a little apart in the second but they would be hoping to bounce back against Lahore.

Lahore has key players in Mohammad Hafeez and Shaheen Shah Afridi, who have performed well and kept their team among the competition for the top spots in the points table. Some runs would be expected out of Ben Dunk, who has looked a little out of place in this tournament so far. Overall, it will be an interesting match-up between two of the best teams in the league.

There is nothing that the Professor has done wrong in T20s in past one year. After getting dropped from the Pakistan T20I squad, even after performing well, Hafeez has done well with the bat even in the PSL. In the three innings which he has played, the experienced pro has scored 166 runs and has been dismissed only once in the whole tournament. His overall strike rate in PSL 2021 has been 176.60, which is way higher than what he has had in his whole career.

After having all sorts of controversies and staying out of the national team, Sharjeel Khan put up a show in scoring a brilliant century early on. He made 105 runs off just 59 balls. During this masterful knock, Sharjeel showed his vintage class and hit eight sixes and nine fours. With him coming back to form and forming a good opening stand with Babar Azam, Karachi Kings’ batting looks a lot sorted. 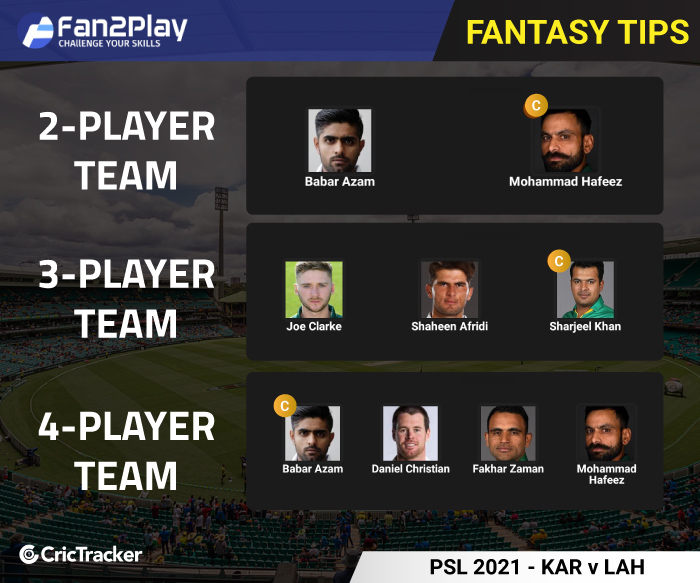 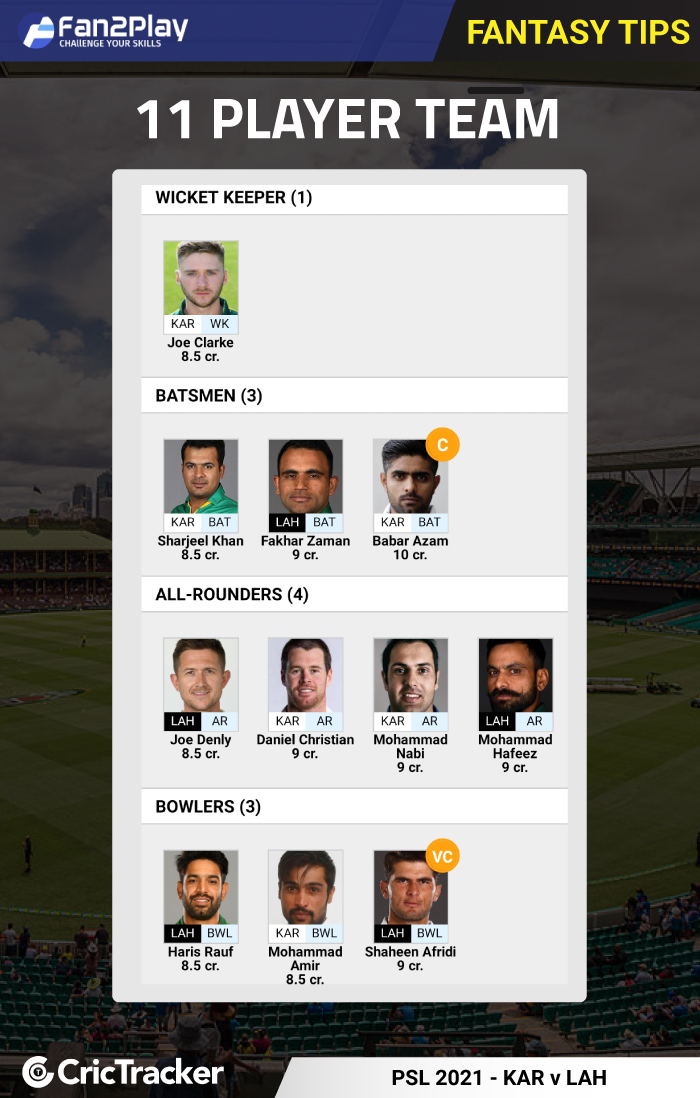