It is advisable to pick Azam Khan in both of your Dream11 Fantasy teams. 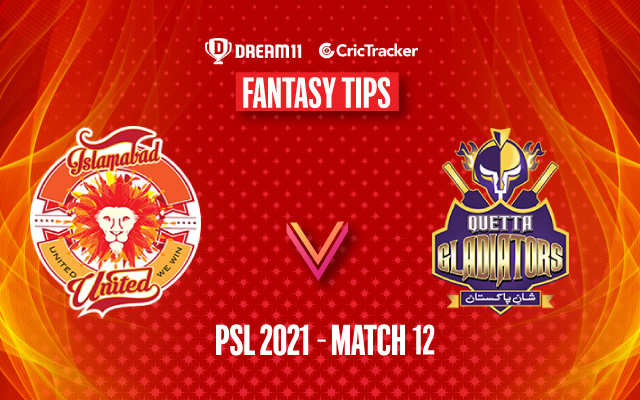 The 12th match of the Pakistan Super League 2021 will be played between Islamabad United and Quetta Gladiators on 1st March at the National Stadium in Karachi.

The match is scheduled to start at 9:00 PM local time (9:30 PM IST) and it will be streamed live on Sony Sports Network.

Islamabad United and Quetta Gladiators will face each other in the 12th match of the Pakistan Super League 2021 on Monday. Both teams will come into this match on the back of defeats. Islamabad United lost against Peshawar Zalmi by 6 wickets, whereas Quetta Gladiators suffered a defeat against Peshawar Zalmi by 3 wickets. Hence, they both will be eager to win this match and get their momentum back on track.

Islamabad United is having a decent season so far, having won 2 out of their 3 matches and are placed at the 4th spot on the points table. On the other hand, Quetta Gladiators are yet to register their first win in this season. They lost as many as three matches they have played and are placed at the bottom on the points table. Islamabad United will start as favourites in this match.

The sky will be clear during the match time here in Karachi, with the temperature hovering around 24 degrees Celsius range. There is no chance of rain for this match.

The track here at National Stadium has been in favour of batsmen from the start of the tournament and till now. Batsmen will get the full value of their shots on this kind of a track. The team winning the toss will look to chase as chasing teams have a 100% winning record in this season so far.

173 (Last 5 matches of this tournament played on this venue)

Alex Hales is in brilliant form with the bat for Islamabad United. He is leading the run-scoring charts for them, having scored 116 runs at a brilliant strike-rate of 170.58. He is surely a captaincy material for your Dream11 Fantasy side.

Faheem Ashraf has scored 49 runs and has also picked up a wicket as well in his three outings. He is someone who can provide you with some valuable points in both innings.

Hasan Ali has bowled well in the 3 matches he has played. He has scalped 4 wickets at an economy rate of just 5.50 runs per over. He is a bowler who can pick wickets at regular intervals for his team.

Sarfaraz Ahmed is the leading run-scorer for Quetta Gladiators in this tournament so far. He has scored 128 runs in 3 innings at a strike rate of 158. He can score big in this upcoming match as well.

Mohammad Hasnain has been in decent form with the ball in this season. He has scalped 3 wickets in as many matches. 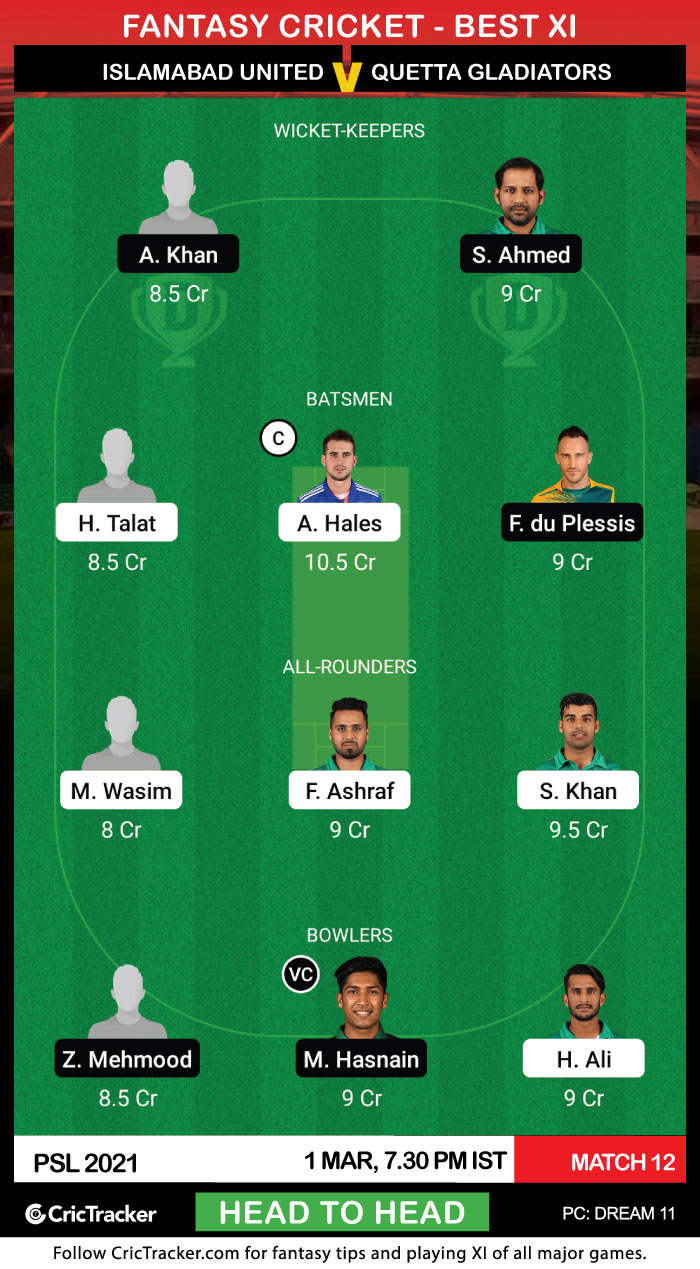 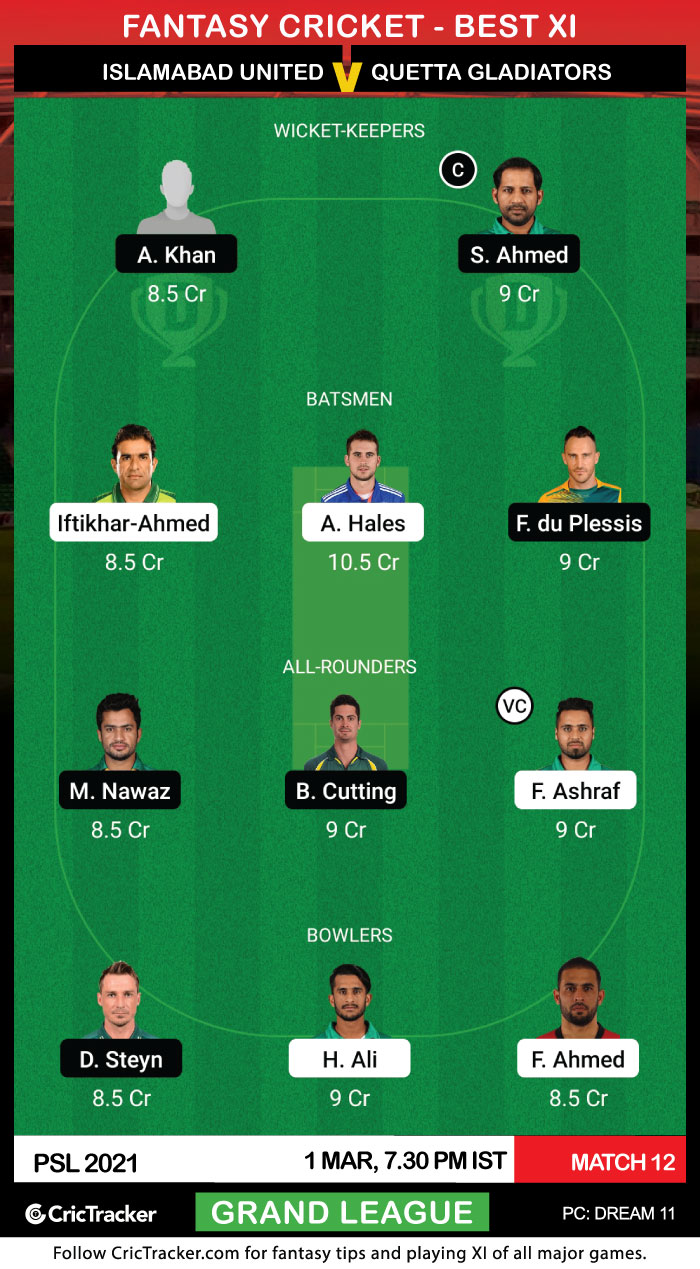 It is advisable to pick Azam Khan in both of your Dream11 Fantasy teams as he in decent form with the bat in this season, having scored 77 runs at a strike rate of 150+.

Islamabad United are expected to win this match.