You should go with 2 wicketkeepers in both of your Dream11 Fantasy teams. 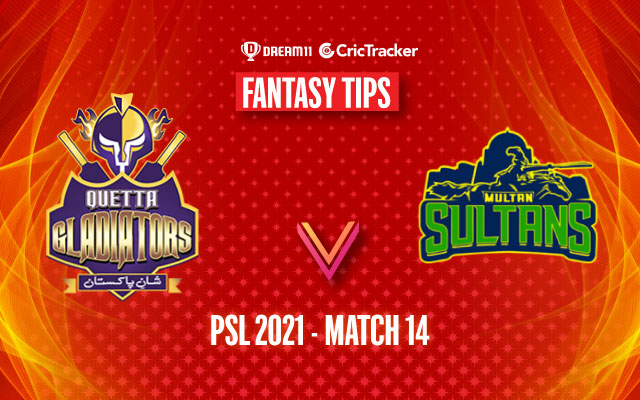 The 14th match of the Pakistan Super League 2021 will be played between Quetta Gladiators and Multan Sultans on 3rd March at National Stadium in Karachi.

Quetta Gladiators will square off against the Multan Sultans in the 14th match of the Pakistan Super League 2021 on Wednesday. Quetta Gladiators are having a terrible tournament so far having lost all of the four matches they played. In their previous match, they lost to Islamabad United by 6 wickets. At the moment, they are at bottom of the table with no points to their name. Skipper Sarfaraz Ahmed has tried a lot of things, from changing the batting line-up to rotating the bowlers, but nothing has gone in favor of them.

On the other hand, Multan Sultans are just ahead of the Quetta Gladiators, having won one match out of their 4 matches played in this competition. They currently hold the fifth spot in the standings with 2 points. Despite having many superstars in the likes of Mohammad Rizwan, Chris Lynn, and Shahid Afridi, they have failed to deliver as a team. For both teams, this match will be a perfect opportunity to find their way back to the winning ways.

There will be perfect weather conditions to play cricket in the evening in Karachi, with the temperature ranging between 23-25 degrees Celsius and the humidity will be 52 percent. There is no forecast of precipitation for this match.

The statistics show that the teams batting second will have more chances of winning the game. From the batting perspective, it gets easier to bat on in the latter half of the match. Bowling first is always a good option on this wicket.

171 (Last 5 matches of this tournament played on this venue)

Quetta Gladiators skipper Sarfaraz Ahmed has scored 2 half-centuries in the last 2 matches. In the previous game against Islamabad United, he played well for his 54 runs from 41 balls. Overall in this tournament, he has scored 182 runs in 4 matches at a strike rate of 149.18, with the highest score of 81.

Faf du Plessis’ inclusion will immensely help Quetta Gladiators going forward in this competition. In his first match in this tournament, he scored 37 runs from 26 balls and he followed it up with an 11-ball 17 runs,

Multan Sultans’ skipper Mohammad Rizwan is in tremendous form at the moment. He is the leading run-scorer in this competition with 231 runs in 4 matches, which he accumulated at an average of 57.75 and a strike rate of 142.59.

English batsman James Vince played a sensible knock in the last game against Karachi Kings, where he scored 45 runs from 29 balls. Overall in this competition, he has scored 150 runs in 4 matches at a strike rate of 140.18, with the highest score of 84.

Shahnawaz Dhani is the pick of the bowlers for Multan Sultans. He has scalped 6 wickets in 3 matches, with the best bowling figures of 2/28. 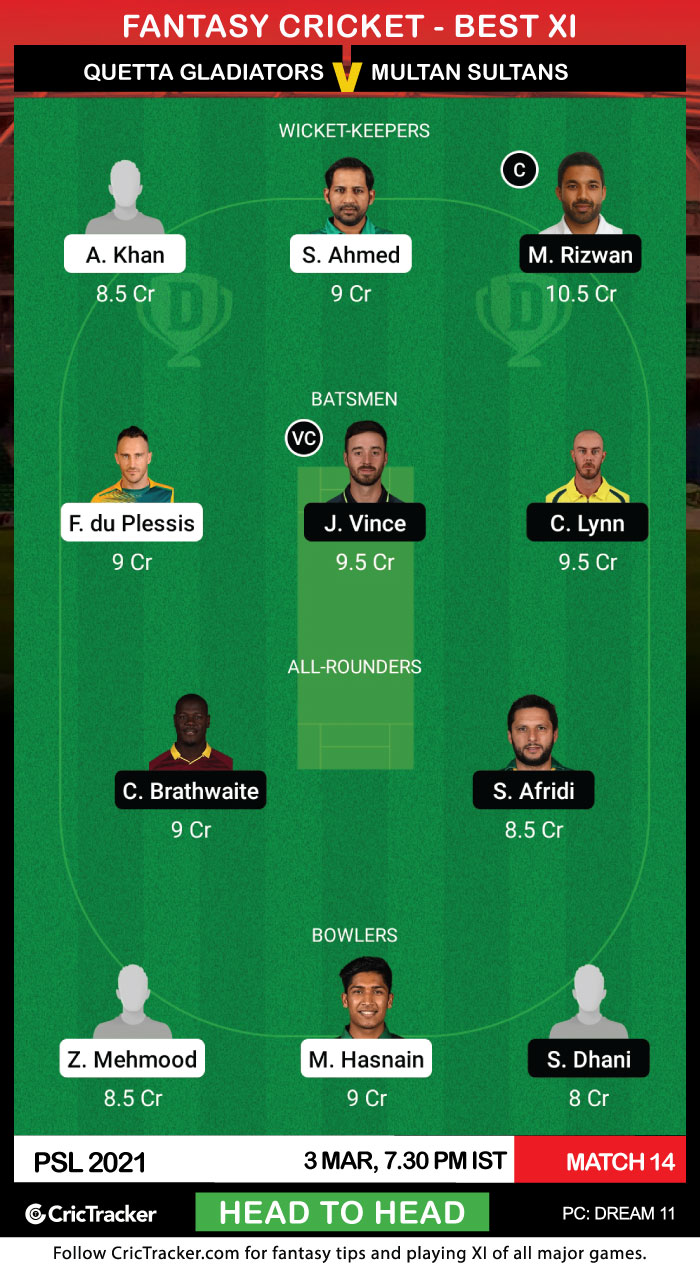 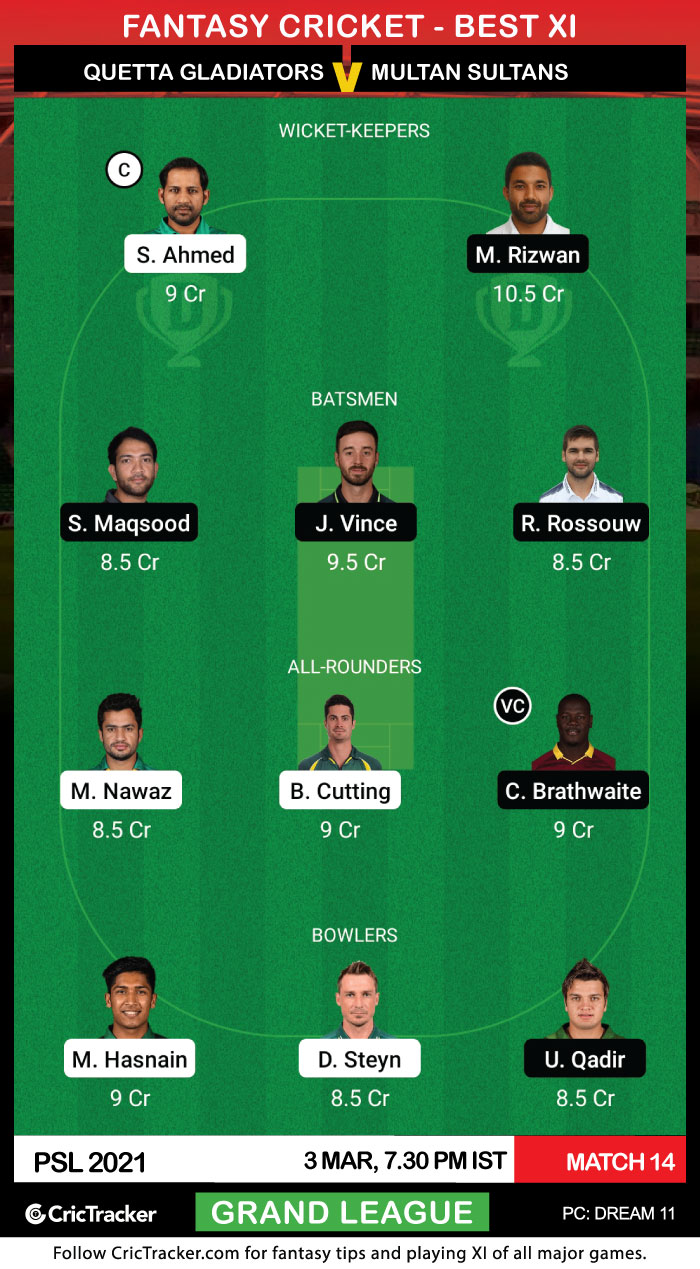 Both the teams’ skippers are in top-notch form with the bat in this competition and both are wicketkeepers as well. You should go with 2 wicketkeepers in both of your Dream11 Fantasy teams.