Shimron Hetmyer will bring more balance in the middle order for Multan Sultans. 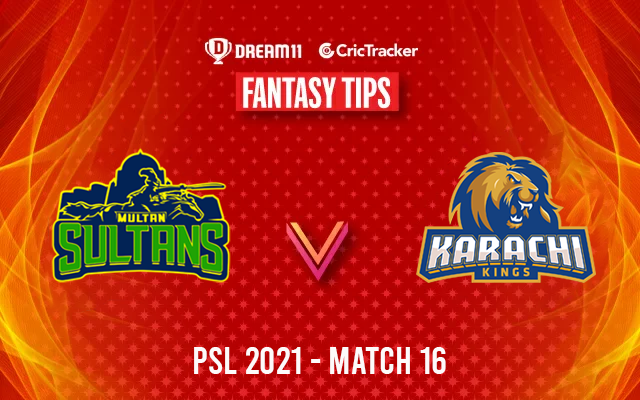 Multan Sultans will be up against the table-toppers Karachi Kings on Thursday’s 1st match of the doubleheader. Despite Mohammad Rizwan’s brilliance with the bat Multan Sultans have managed to win only one of their 5 matches played. Currently, they are at the 5th spot in the standings with 2 points.

Karachi Kings have got impeccable batting line-up with the likes of Babar Azam, Sharjeel Khan, Martin Guptill, and the inclusion of Thisara Perera into the squad makes it even more strong. With 3 wins and 2 losses, they have occupied the top spot in the standings with 6 points.

It’s a balanced surface, the batters need to make use of the initial overs and it’s quite difficult to score runs in the middle overs. Anything over 170 is a good score at this venue.

Babar Azam is a three-format player and renowned as a modern Pakistan legend. In this league, he has mustered 258 runs in 5 matches at an average of 86. He is captaincy material for your fantasy teams.

Imad Wasim is a must-buy in the all-rounder’s category. He doesn’t give any room for the batters and bowls stump to stump line most of the time and a brilliant striker as well down the order.

Shahnawaz Dhani is the joint 2nd leading wicket-taker in this league, picking up 9 wickets in 4 matches at an economy of 10.33. He is a wicket-taking bowler and will fetch you the points.

Arshad Iqbal is the pick of the bowler for Karachi Kings in this year’s PSL. He has picked up 6 wickets in 5 matches at an economy of 7.93 with the best figures of 3 for 16.

Mohammad Rizwan had a wonderful last 12 months. He has scored runs wherever he had played across different formats. Currently, he is the leading run-scorer in this tournament with 297 runs in 5 matches at an average of 59.4, including 3 half-centuries.

MUL vs KAR Must Picks for Dream11 Fantasy Cricket:

Shimron Hetmyer is a sensational batter who can hit the ball long and has done well for Delhi Capitals in this year’s IPL. It’s worth a risk in picking him as your fantasy team skipper.

Martin Guptill has played 102 T20Is and has scored 2939 runs at an average of 32.29. You can take a risk in picking him as your fantasy team skipper.

Sohail Tanvir has played 2 matches and went wicketless and conceded too many runs, hence you can avoid him while making your fantasy teams.