Dilbar Hussain can be a very cunning budget pick for your Dream11 Fantasy team. 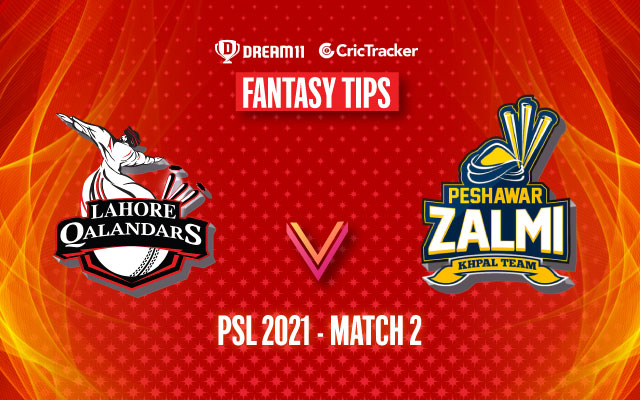 The 2nd match of the Pakistan Super League 2021 will be played between Lahore Qalandars vs Peshawar Zalmi on February 21st at National Stadium in Karachi.

The match is scheduled to start at 02:00 PM local time (02:30 PM IST) and it will be streamed live on Sony Sports Network and Sony Liv.

For the first four seasons, Lahore Qalandars primarily were treated as a bottom-dweller in the Pakistan Super League. However, they showed what they truly are capable of producing in the last season, where they made it to the finals. The last hurdle, however, was something they couldn’t cross.

They will be aiming to seek inspiration from their last season’s performance and go one step further this time around. However, the battle will certainly be stern against a strong Peshawar Zalmi team. The three-time finalists and one-time winner of the competition know  very well what success tastes like. They will try to taste it again.

It will be hot during the afternoon in Karachi tomorrow. The temperature will be around 31 °C, with the chances of rain being nil.

The pitch here at Karachi is a balanced one, where both batsmen and bowlers can find success. They will just need to get their gameplans executed perfectly.

Shoaib Malik was the highest run-scorer for Peshawar Zalmi in the last edition. He scored 278 runs at an average of nearly 35 and a strike rate of over 135.

Kamran Akmal also had a decent season with the bat for Zalmi last time out. He scored 251 runs at an impressive strike rate of over 160.

For Lahore Qalandars, Fakhar Zaman was the best performer with the bat in the last season. He scored 325 runs which is an impeccable effort.

Mohammad Hafeez also had a brilliant season for Qalandars in the last season. He scored 312 runs and also picked up 3 wickets.

Over the years, Ben Dunk has established himself as one of the most reliable overseas batsmen in this competition. He scored 300 runs in the last season. 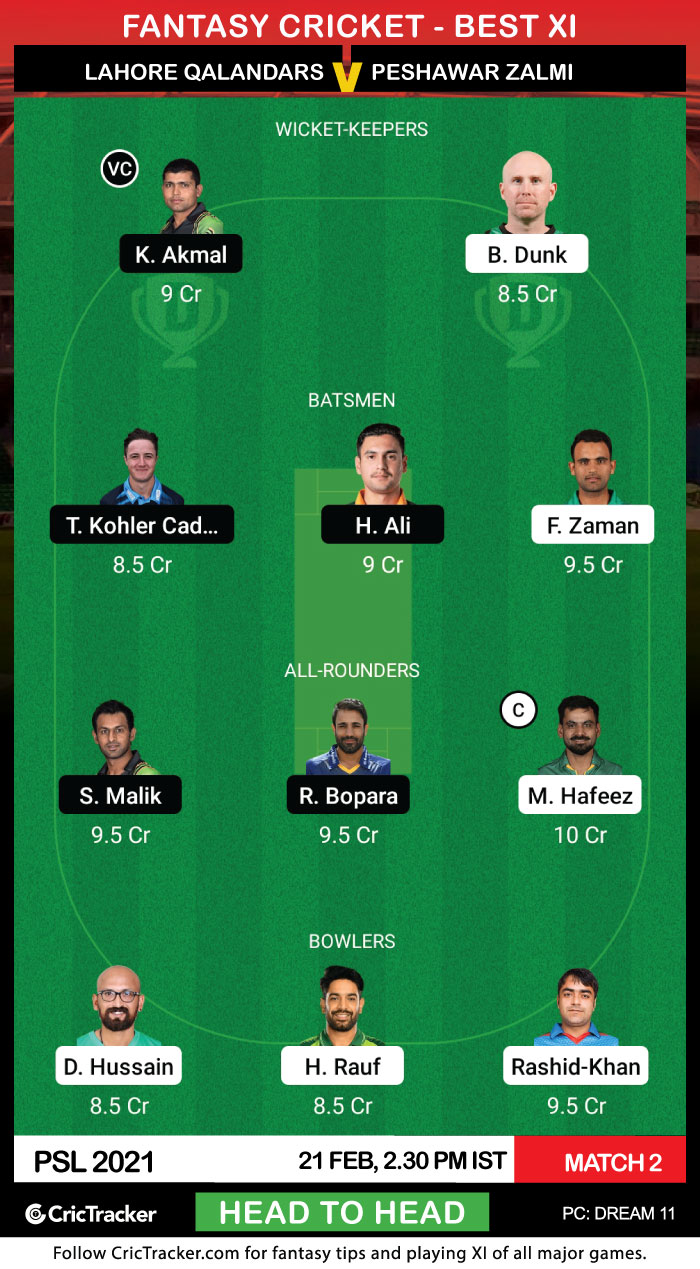 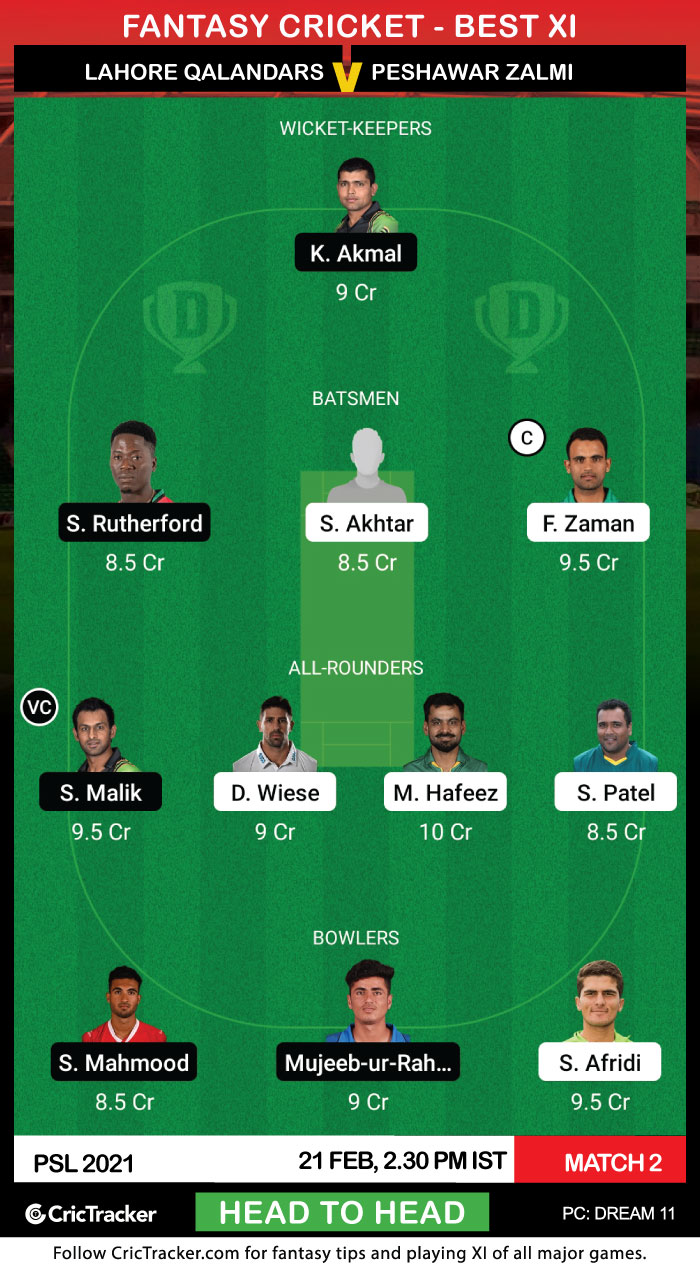 Dilbar Hussain can be a very cunning budget pick for your Dream11 Fantasy team. He scalped 14 wickets in the last edition, while maintaining an economy rate of just over 8 runs per over.

Peshawar Zalmi are expected to win this match.