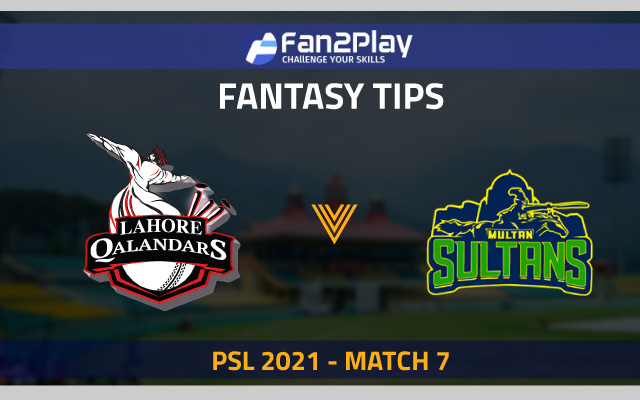 The 7th Match of the Pakistan Super League (PSL) 2021 season will be played between Lahore Qalandars and Multan Sultans at the National Stadium in Karachi.

This match will start at 3:30 PM IST (3 PM local time). It will be telecasted on Sony Sports Network and can be streamed live on Sony LIV.

The table-toppers, Lahore Qalandars, are into this fixture straight after a dominating 9-wicket victory over Quetta Gladiators, who had set them a target of 179 on the back of Chris Gayle (68 from 40) and Sarfaraz Ahmed (40 from 33). Sensational half-centuries from Fakhar Zaman (82 from 52) and Mohammad Hafeez (73 from 33) in a match-winning partnership of 115 runs for the second wicket led them to chase the target with 10 balls to spare.

Multan Sultans, on the other side, are yet to open their account and have undergone two consecutive defeats. Severe lack of discipline by the bowlers in their last fixture against Peshawar Zalmi meant that they failed to defend a winning total of 193/4, as James Vince (84 from 55) and Mohammad Rizwan’s (41 from 28) efforts went in vain and Zalmi successfully chased the total with 6 balls to spare, courtesy Tom Kohler-Cadmore (53 from 32), Imam ul Haq (48 from 39), and the late cameo of Haider Ali (24 from 8).

Even though James Vince’s 55-ball 84 came in a losing cause, it does not take anything away from the Sussex batsman, who is known for his belligerent style. Vince had recently set the Big Bash League alight and his last 5 T20 scores (84, 16, 95, 98*, 46) highlight the kind of form he is in. He finished as the second-highest run-scorer in BBL 2021 (537 at 38.85 in 16 innings), playing a critical role in Sydney Sixers’ tournament triumph.

Although it was Fakhar Zaman, who was adjudged the Player of the Match for his 52-ball 82 with 8 fours and 2 sixes, in the previous fixture against Quetta Gladiators, Mohammad Hafeez stoles the show with his quick-fire 33-ball 73 laced with 6 sixes and 5 fours. Hafeez, who was representing Arabians in the recently-concluded Abu Dhabi T10 League, played a string of blistering cameos in the tournament and has been able to carry forward the form in PSL 2021. 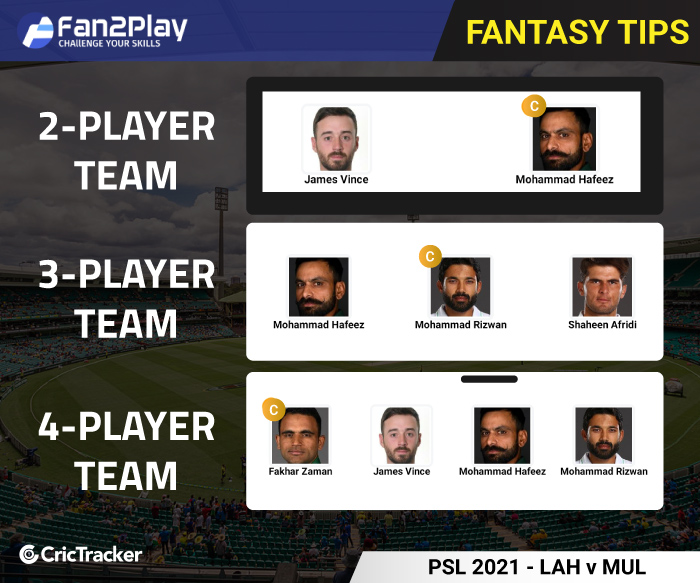 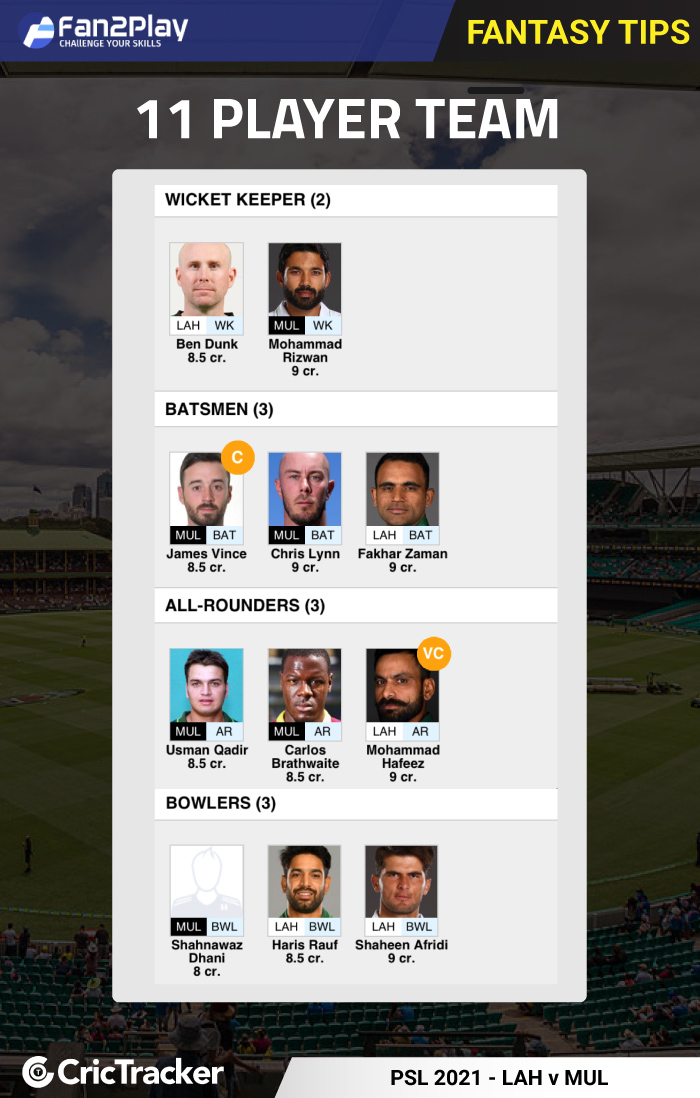