Babar Azam can lead one of your Dream11 fantasy teams. 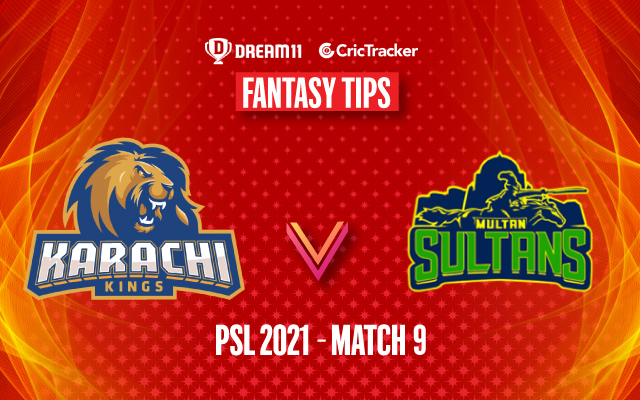 The 9th match of the Pakistan Super League 2021 will be played between Karachi Kings and Multan Sultans on 27th February at National Stadium in Karachi.

The match is scheduled to start at 2:00 PM local time (2:30 PM IST) and it will be streamed live on Sony Sports Network.

Defending champions Karachi Kings will square off against Multan Sultans in the 9th match of the Pakistan Super League 2021 on Saturday. Karachi Kings started the tournament in a grand fashion with an easy win over Quetta Gladiators by 7 wickets. Despite a century from Sharjeel Khan in their second game, they had to bow down against Islamabad United. With one win and a loss, they are currently placed at the 3rd spot in the standings with 2 points.

Meanwhile, with back-to-back losses against Islamabad United and Peshawar Zalmi put Multan Sultans in a spot of bother, but a victory over Lahore Qalandars by 7 wickets has bought some sort of relief for them. Carlos Brathwaite was impressive with the ball, while skipper Mohammad Rizwan and Shoaib Maqsood also contributed in the victory.

It will be bright and sunny in the afternoon here in Karachi, with the temperature ranging between 27-30 degrees Celsius and the humidity will be 50 percent. There is no chance of precipitation for this match.

The teams chasing haven’t lost a match till match no.7 in this tournament. As the tournament has progressed, we have witnessed a couple of high-scoring encounters which clearly shows the surface is becoming batting friendly. Batting second is always a good option at this venue.

Sharjeel Khan failed in the tournament opener by scoring just 4 runs, but in the second game, he scored an incredible 105 runs from just 59 balls. With that, he became the first centurion in this year’s PSL.

Pakistani batting sensation Babar Azam is in good touch at the moment after a quiet home series against South Africa. In 2 matches in this competition, he has scored 86 runs at a strike rate of 116.21.

Mohammad Nabi is a good pick for your Dream11 Fantasy teams, as he has the ability to change the course of the game with both the bat and the ball. In 2 matches in this tournament, he has scored 37 runs at a strike rate of 194.73. With the ball, he has picked up a wicket at an economy of 6.5 runs per over.

Multan Sultans’ skipper Mohammad Rizwan is in the form of his life at the moment. He is currently leading the most runs-scorers list with 188 runs in 3 matches at an average of 62.66 and a strike rate of 144.61.

Shoaib Maqsood batted well in the run-chase against Lahore Qalandars and ensured his side’s first victory in this competition. He remained unbeaten on 61* from just 41 balls. In 3 matches, he has scored 99 runs at a strike rate of 150.

Carlos Brathwaite bowled some good spells in this competition. He has picked up 4 wickets in 3 matches at an economy of 7 runs per over. In his only innings with the bat, he scored a quickfire 22* runs from 14 balls against Islamabad United.

Also Read – India vs England: When can a pitch be rated ‘poor’ according to ICC rules? 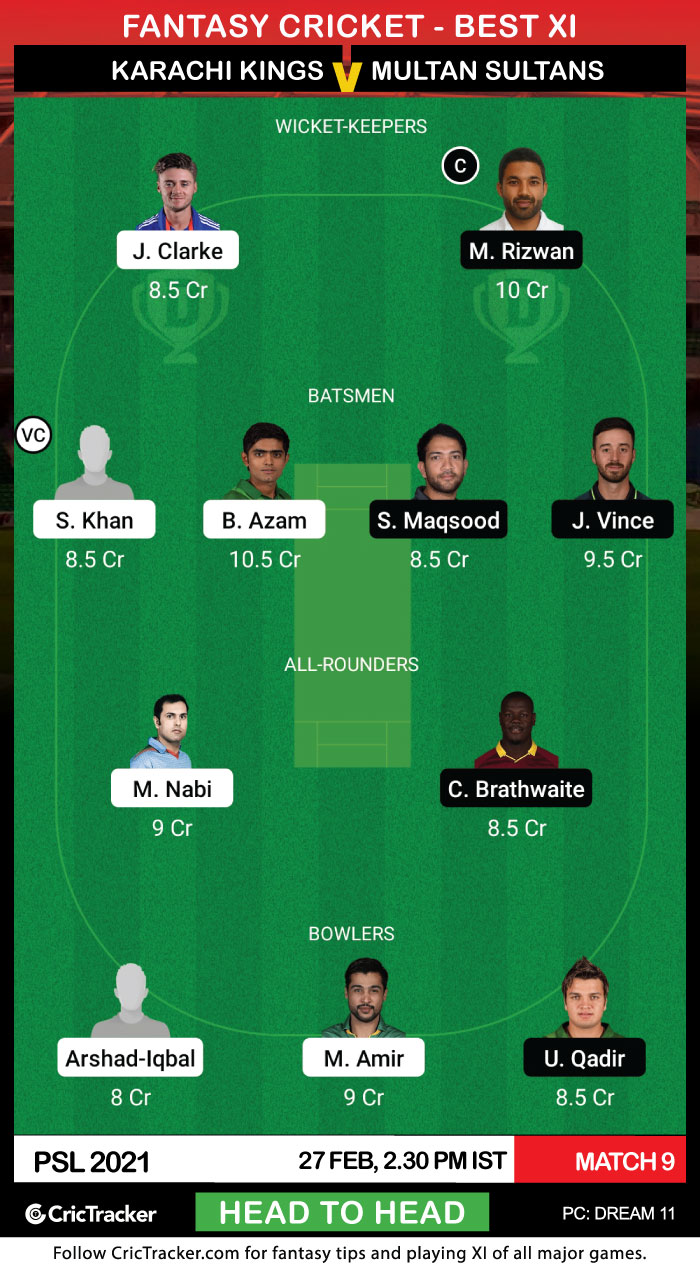 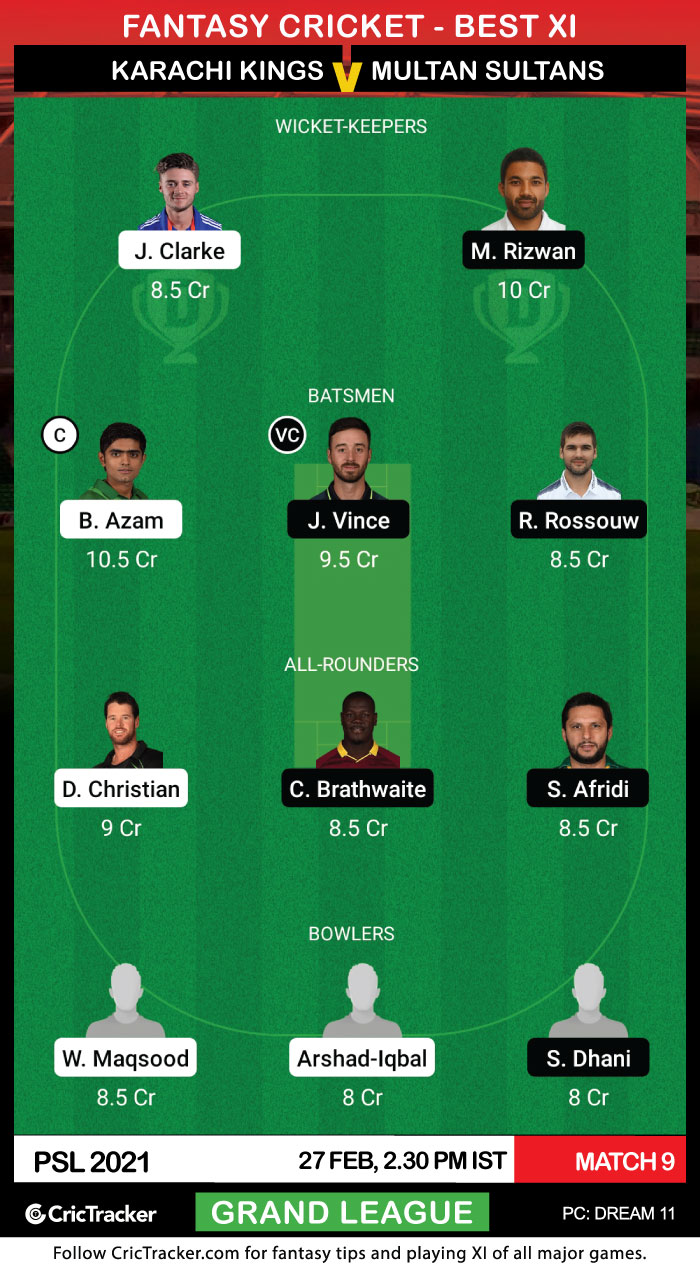 Babar Azam has returned to the form by scoring 62 runs in the previous game, he is someone who bats long and has the ability to score huge runs. Azam can lead one of your Dream11 fantasy teams.

Karachi Kings are expected to win this match