Laurie Evans should not be a bad pick at 8.5 Cr.

The 16th match of the Abu Dhabi T10 league will be played between Qalandars and Maratha Arabians at Sheikh Zayed Stadium, Abu Dhabi.

What created the difference between the two sides is their graph of progression after the good start. Qalandars managed to capitalize on the momentum and won their next two games, while the Arabians somehow lost their sheen and suffered back-to-back defeats. Understandably, the Qalandars are the favourites to win this game.

This particular section remains the same for every game in this competition, as the chances of rainfall are nil for this game as well. The temperature will be around 23 °C.

It is highly unlikely that the bowlers are enjoying their time in this competition, as they are getting hammered in practically every game. Anything under 120 might not be a good score to defend on this pitch.

Skipper Sohail Akhtar is a big reason behind Qalandars’ dominance in this league. He is currently leading their run-scoring charts, having scored 131 runs in 3 matches at a strike rate of over 210.

Tom Banton is just behind his skipper on the run-scoring charts of Qalandars. The swashbuckling Englishman has scored 111 runs in 3 matches and has a strike rate of over 210 as well.

As for the Maratha Arabians, Abdul Shakoor is the best performer with the bat, having scored 107 runs at a strike rate of over 175. The Arabians will be hoping for him to pull something similar to what he did against the Northern Warriors.

Chris Jordan is currently the highest wicket-taker for the Qalandars, having scalped 5 wickets. He also has a commendable economy rate of 9 runs per over.

Shahid Afridi is continuously defying age-related myths, as he has been bowling well for the Arabians. He has picked up 3 wickets and has an exceptional economy rate of under 8 runs per over.

Afridi’s fellow Pakistani legend, Mohammad Hafeez has not been able to do something magical with the ball, but he is in sublime touch with the bat. Hafeez has scored 85 runs at a strike rate of over 190.

Yamin Ahmadzai can be a decent budget pick at 8.5 Cr. He is currently Arabians’ joint-highest wicket-takers, with 2 scalps to his name.

If you can spend just 0.5 Cr more, Sultan Ahmed should be a much better pick. He has scalped 4 wickets and has an economy rate of under 8 runs per over. 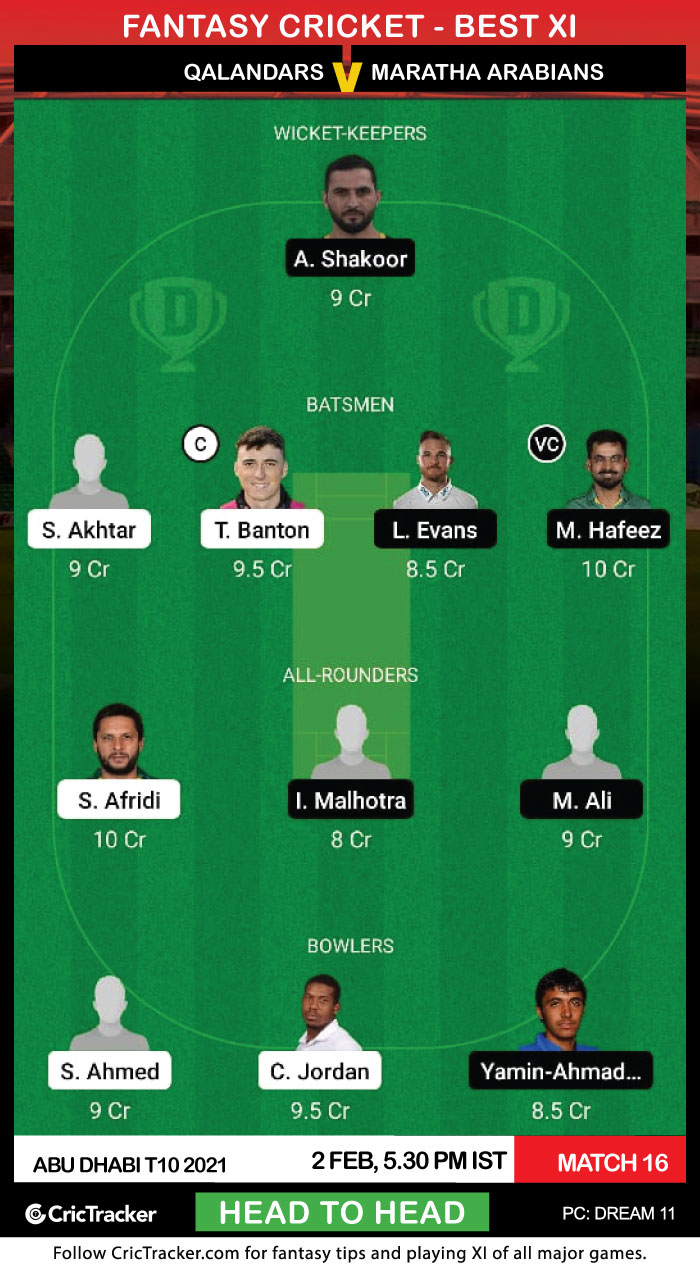 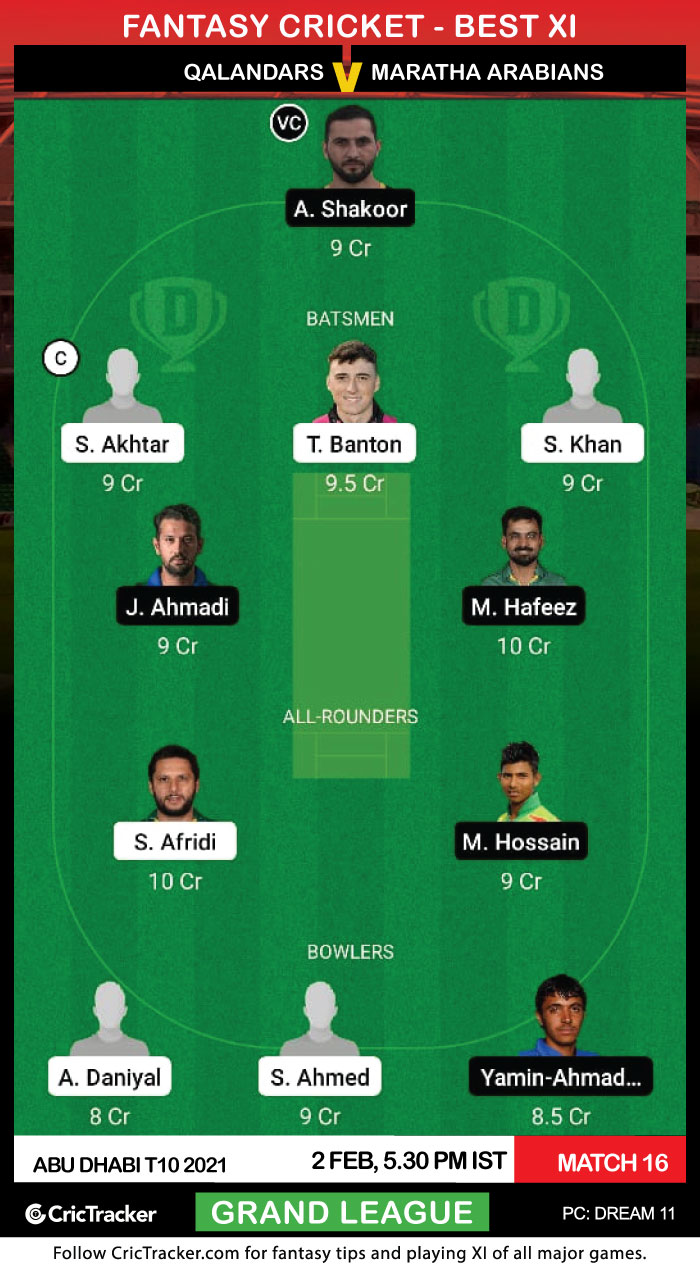 Laurie Evans should not be a bad pick at 8.5 Cr. He hasn’t been on song in this competition, but a career T20 average of nearly 35 and a strike rate of over 130 speaks volume about his abilities in the shorter formats of the game.