Andre Fletcher scored 186 runs during the recent Abu Dhabi T10 League across 8 matches including a fifty.

The 1st match of the Qatar T10 League 2019 will be played between Pearl Gladiators and Flying Oryx at the West End Park International Cricket Stadium in Doha.

The Qatar T10 League will kick start on Saturday when Pearl Gladiators and Flying Oryx face off in the opening game of the inaugural edition. The West End Park International Cricket Stadium will be hosting all the matches of this tournament. The Flying Oryx team look pretty strong with the likes of Andrew Fletcher, Hussain Talatm, Aftab Alam and Noman Sarwar in their line-up.

On the other hand, the Pearl Gladiators is filled up with the experienced players. The squad comprises of Karim Sadiq, Sharjeel Khan, Ajantha Mendis and Mohammad Sami who have been far from International cricket for a while.

The West End Park Stadium in Doha is expected to witness clear weather for the opening game of the Qatar T10 League.

The West End Park International Cricket Stadium also referred to as Asian Town Cricket Stadium hosted six Men’s T20I matches in 2019. Most of the matches recorded totals around 160 including a successful 200+ chase. The venue stood host for Women’s Internationals previously which were low scoring ones. Since this tournament is played in T10 format, we could see batting tracks.

Andre Fletcher scored 186 runs during the recent Abu Dhabi T10 League across 8 matches including a fifty. Noman Sarwar has an impressive all-round record in T20Is for Qatar. He scored 172 runs across 9 innings at an average of 57.33 and took 18 wickets in 13 innings at a strike rate of 11.6. Karim Sadiq is quite good at filling up any given role and is likely to be among top performers. Hussain Talat is slightly inconsistent but has the skill to exceed with both bat and ball at same time. 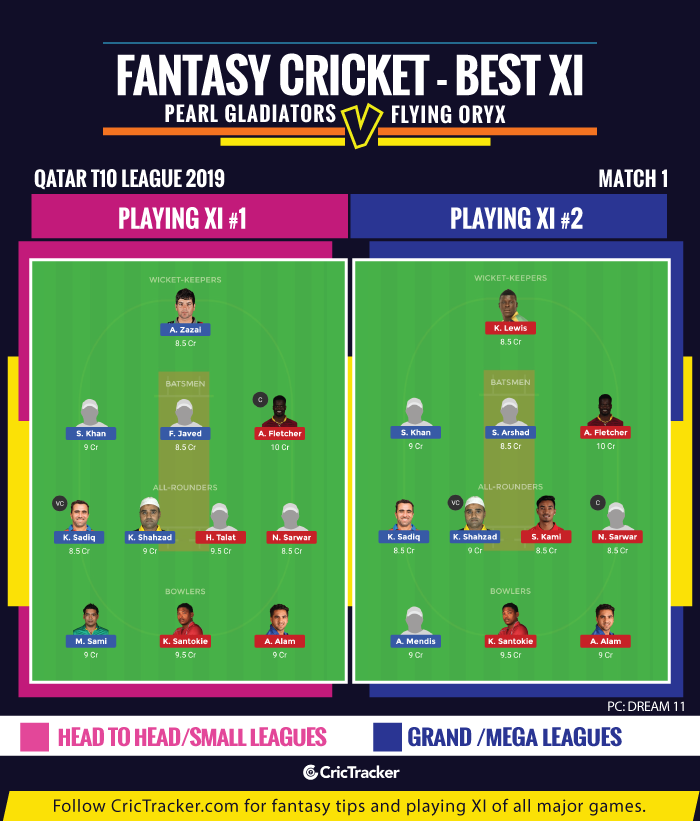 Flying Oryx is expected to win the inaugural match of the Qatar T10 League.