It's a must-win game for the Quetta Gladiators.

Quetta Gladiators and Karachi Kings will play the 28th match of the Pakistan Super League on Sunday. The Gladiators have won three out of nine games and are placed in the fifth position in the points table. They will need to win this game by a substantial margin to earn an opportunity to qualify for the playoffs.

Karachi Kings defeated Lahore Qalandars in their last game to earn their first points after losing eight games on the trot. The Kings made 149 runs before getting dismissed in 19.5 overs and Babar Azam made 39 runs off 32 deliveries. The bowlers made sure that the Qalandars don’t reach the target. Mir Hamza was the pick of the bowlers as he dismissed four players and gave away just 27 runs and won the player of the match award. Kings would be looking to end their campaign on a happy note.

The pitch is likely to remain really supportive to the batters throughout the match. The bowlers would have to do extra work to pick wickets in this game.

Jason Roy has made 221 runs in five matches at an average of 44.20 and a strike rate of 193.85. He has made one century and one half-century in the tournament.

QUE vs KAR Must Picks for Dream11 Fantasy Cricket: 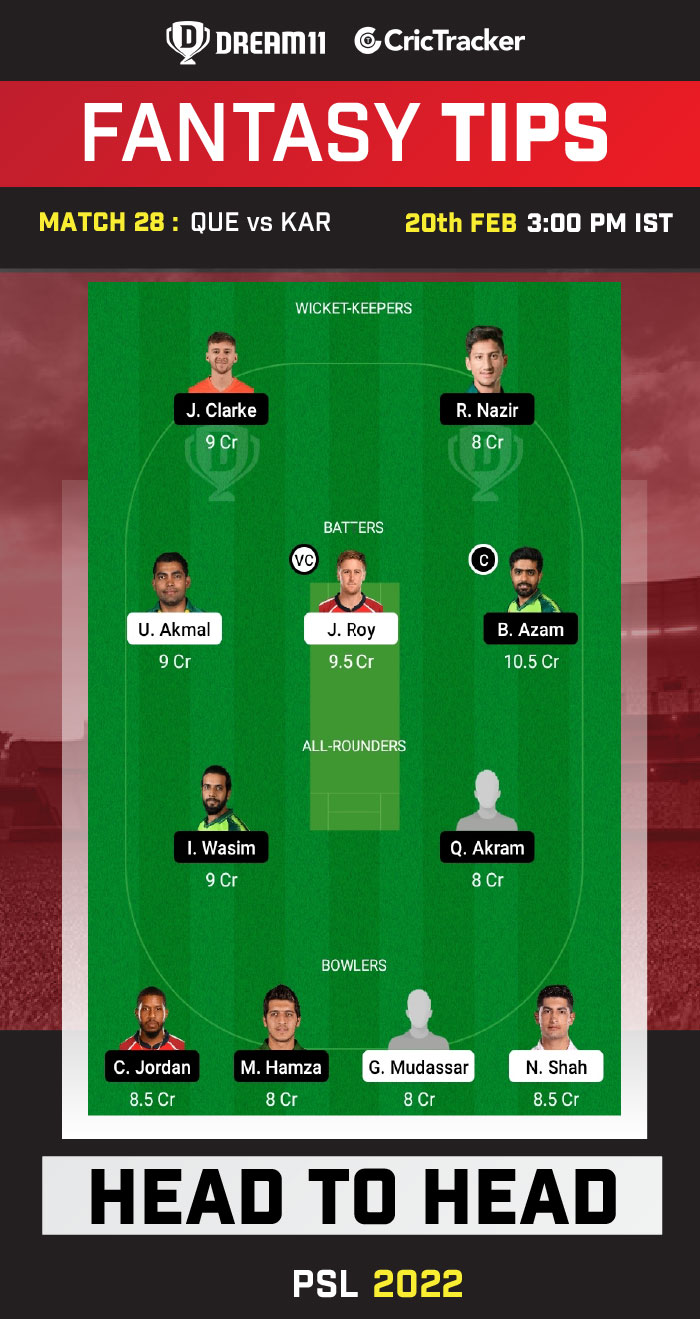 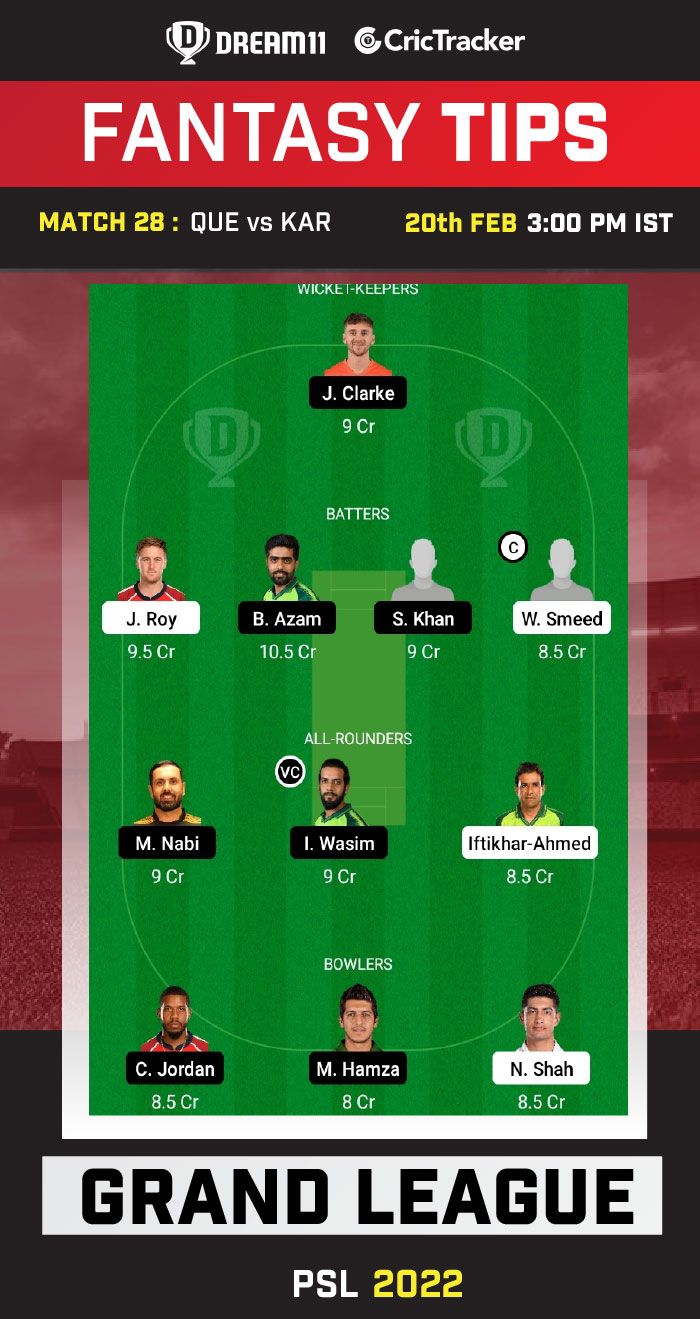 Umar Akmal has scored 99 runs in four matches at an average of 24.75 and a strike rate of 186.79 including one half-century. You can take a risk of picking him as the captain of your fantasy team.

Lewis Gregory has made 71 runs in six matches at a strike rate of 105.97 and has failed to pick a wicket. You can avoid him in your fantasy team.