Sarfaraz Ahmed has been the only Quetta batsman who has been able to score runs. 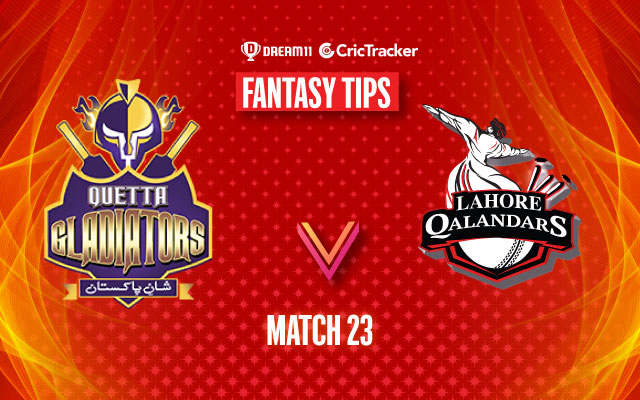 Lahore Qalandars will be taking on Quetta Gladiators in match no. 23 in the Pakistan Super League 2021. Lahore Qalandars are coming into this match after losing against Islamabad United. They have played seven matches so far, winning five and losing only two.

The surface is good for the bowlers who have variations and change-ups. We can expect a good match with the two teams coming head to head in a close contest, but the team batting first will hold an advantage. Batting might be difficult.

Fakhar Zaman was in tremendous form with the bat earlier this year. He has been amongst the runs for Lahore. He has scored 243 runs in seven matches so far.

Mohammad Hafeez is an experienced campaigner and in recent times, he has been very effective with the bat. He has scored 220 runs in this tournament already.

Rashid Khan has been highly impressive with the ball, having picked up seven wickets in just five matches. He has also contributed with the bat scoring 54 runs.

Mohammad Hasnain has been one of the few Quetta bowlers who has found some success. He has picked seven wickets in seven matches.

Ben Dunk has been one of the top performers in this tournament’s history. He has scored 146 runs with a strike rate of 129.

Sarfaraz Ahmed has been the only Quetta batsman who has been able to score runs. He has accumulated 223 runs in seven matches.

QUE vs LAH Must Picks for Dream11 Fantasy Cricket:

Cameron Delport played the last game and struggled to adjust. He was also expensive with the ball. He should be avoided.