Quiz: How well did you follow Parthiv Patel and his career?

Quiz: How well did you follow Parthiv Patel and his career?

Did you follow Parthiv Patel's career closely? Take part in our quiz. 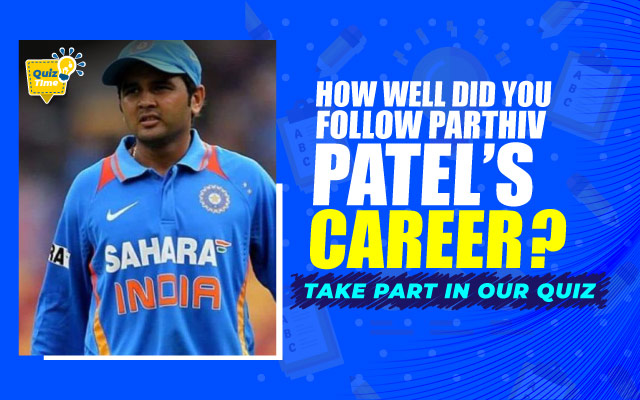 Retirement came at the age of 35 only for Parthiv Patel who bid adieu to all forms of the game earlier on Wednesday. The decision came after him being benched throughout the IPL 2020 by Royal Challengers Bangalore. This meant Parthiv’s final game of his professional career turned out to be the Ranji Trophy semi-final against Saurashtra. His team Gujarat succumbed to a 92-run defeat while chasing a 327-run target soon after he was dismissed for a gritty 93.

Parthiv has preferred to take up a support staff role in an IPL franchise instead of playing the overseas leagues like many other Indian players who have announced their retirement from all formats in recent times. A day after his retirement announcement, the wicketkeeper-batsman was named as the talent scout of Mumbai Indians, the team which he represented between 2015 and 2017.

Parthiv was part of the two title-winning campaigns with the Mumbai Indians. The franchise now has decided to utilize the services of Parthiv in the background as the Ahmedabad-born has got a good eye over the Indian domestic circuit. Leading the Gujarat team, Parthiv has won the Inter-State tournaments in all three formats – Ranji Trophy (2016-17), Vijay Hazare Trophy (2015-16) and Syed Mushtaq Ali Trophy (2012-13).

Interestingly, Parthiv had made his debut for Gujarat senior team only two years after his debut for India in Test cricket. Parthiv Patel was 17 years and 152 days when he made Test debut during the 2002 Nottingham Test against England which makes him the youngest wicketkeeper in Men’s Test cricket. By the time Parthiv made his Ranji Trophy debut, he had played 44 first-class matches including 19 Test matches.

Though Parthiv Patel is not well known for his wicketkeeping skills, his skills as a batsman got better with experience. Back in 2007, Parthiv Patel had a sequence of 10 first-class innings where he recorded as many as nine 50+ scores and was dismissed for 49 in the other. During this spree, Parthiv had 50+ scores in seven consecutive innings which includes a record five consecutive hundreds as well.