Jenny Gunn has been great with both bat and ball in this tournament and is advisable to pick her as your captain.

The 7th Match of North Group in Rachael Heyhoe-Flint Trophy 2020 is all set to be played between Thunder and Northern Diamonds at the Aigburth in Liverpool.This match is scheduled to start at 10:30 AM Local Time (3:00 PM IST).

In one of the matches that will be played in the Rachael Heyhoe-Flint Trophy 2020 on Thursday, September 10th, the Thunder are taking on Northern Diamonds in the North Group clash. The Diamonds have won all the first three matches in the tournament and are already a team to beat. They are sitting comfortably at the top of the table with a bonus point as well.

On the other side, the Thunder also had a good start with a win in the very first match of their campaign but they are coming to this game with two consecutive losses. They will be hoping to bounce back and gain some important points in this match.

The weather is suitable for a cricket match and will be mostly sunny during the course of the game. The temperature will be around 14-17 Degree Celsius with zero chances of rain during the match time.

This venue hasn’t hosted a well recognised List A match for a long time and the pitch is relatively unknown. Well it is known for giving equal assistance to both batsmen and bowlers.

Katherine Brunt, Natalie Sciver, Lauren Winfield, and Linsey Smith will be unavailable for the Diamonds.

Sopphie Ecclestone, Emma Lamb, Kate Cross will be unavailable for the Thunder.

Hollie Armitage scored 86 runs in three games at an average of 43.

Beth Langston picked up four wickets in three matches at an economy of  5.95 runs per over.

Jenny Gunn scored 70 runs in this tournament including a half century in her last match. She also has five wickets under her name at an ER of 4.44.

Alex Hartley has four wickets in the tournament with an impressive ER of 3.30. 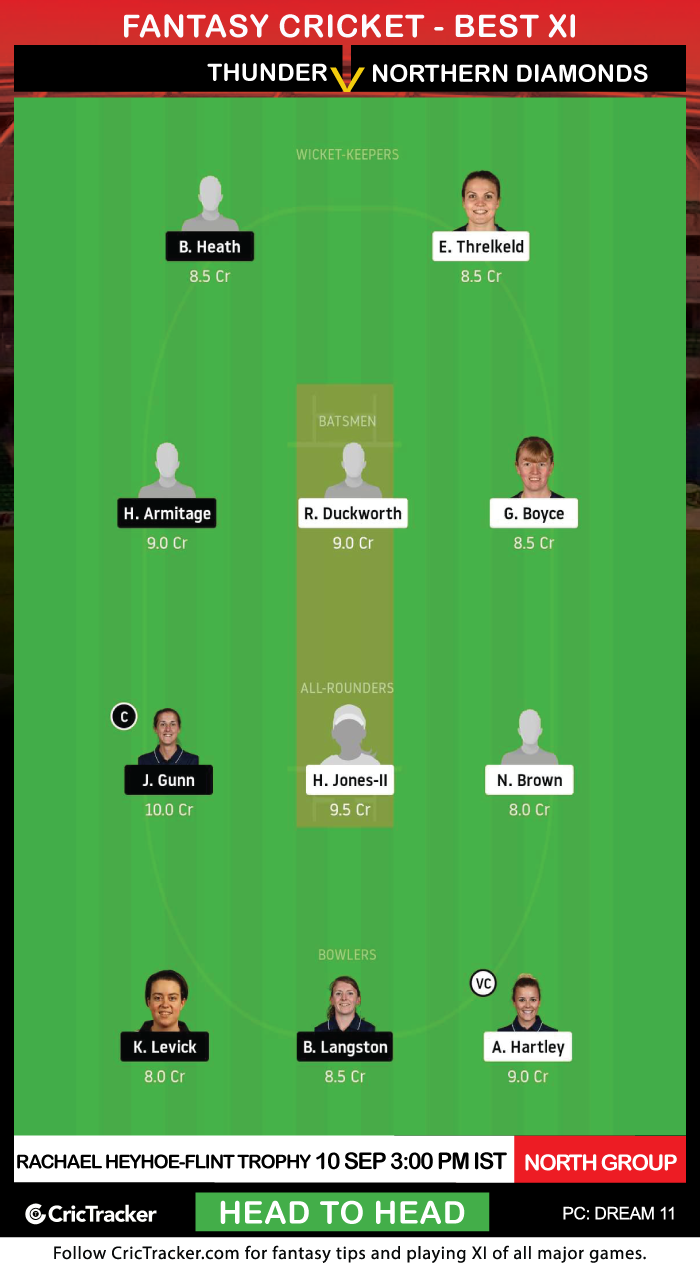 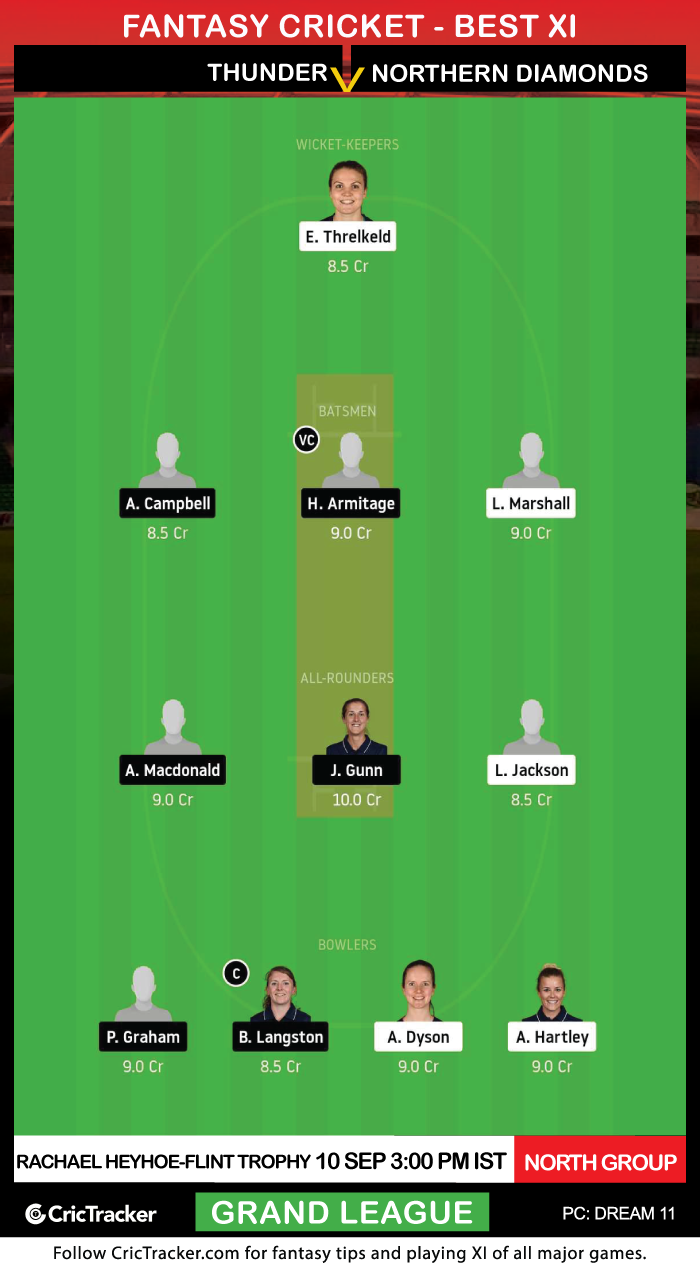 Jenny Gunn has been great with both bat and ball in this tournament and is advisable to pick her as your captain.