Emma Lamb is doubtful for this match.

In a dead rubber game, South East Stars will take on Thunder in the 26th Match of the Rachael Heyhoe Flint Trophy 2021. Both the teams are already out of the playoff contention and will be playing for their pride, as they would want to end the tournament on a winning note.

It’s a flat batting surface with not much to offer for the bowlers. Over 550 runs have been scored in the last match played here which shows the wicket doesn’t change much.

Bryony Smith has been quite extraordinary with her all-round performances. In 6 matches in this tournament, she has scored 252 runs at an average of 42, and with the ball, she has picked up 12 wickets.

Alice Capsey is a must-buy for your fantasy teams. She has accumulated 133 runs with the bat in 6 matches at an average of 22.16 and has picked up 3 wickets as well.

Georgie Boyce has done a tremendous job with the bat for Thunder in this tournament. In 6 matches, she has scored 212 runs at an average of 35.33, with the highest score of 91.

SES vs THU Must Picks for Dream11 Fantasy Cricket: 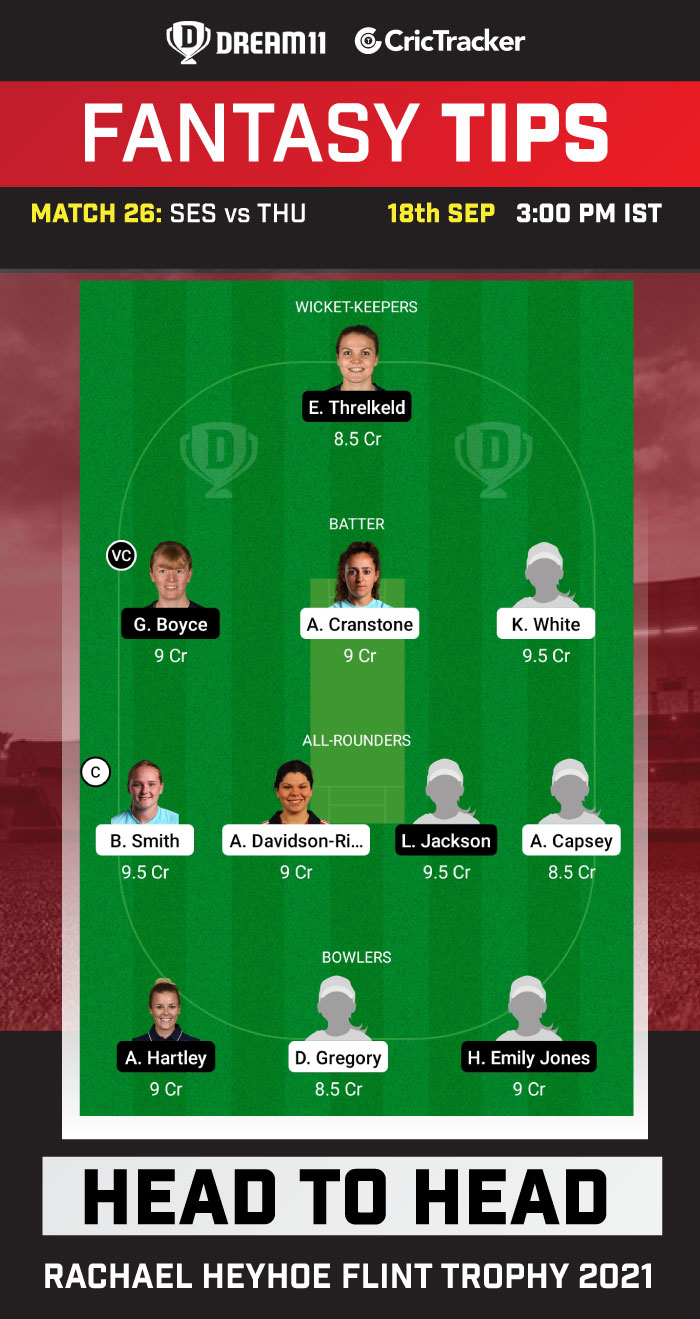 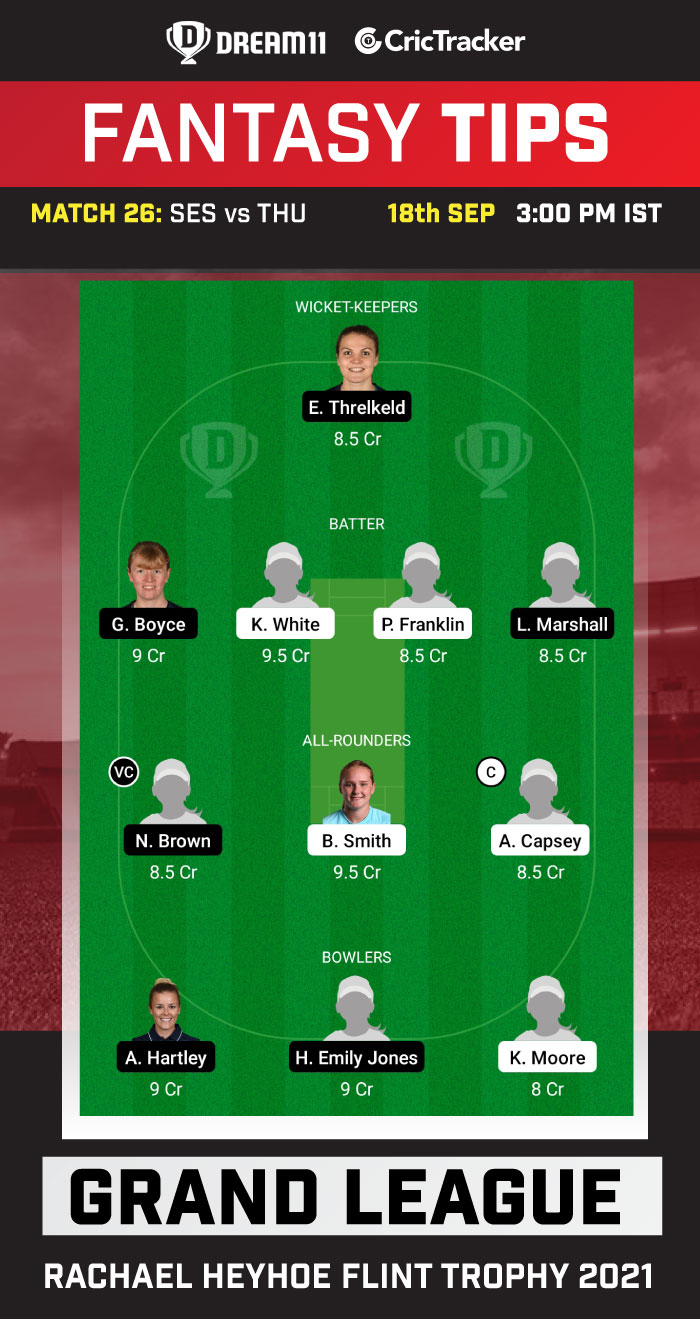 South East Stars are expected to win this match.