Southern Vipers are going to take on Northern Diamonds in the 28th match of Rachael Heyhoe Flint Trophy 2021. This game is scheduled to be played at The Rose Bowl in Southampton on 18th September. Both the teams are going to face each other for the first time in the league.

Southern Vipers won their last encounter against Sunrises by a margin of just one run. Coming to Northern Diamonds, they defeated Thunder in their last game and won comfortably with 105 runs in hand. So, we can expect a nail-biting game between these two sides on Saturday.

The track at The Rose Bowl has been helpful to bowlers more than the batters. The team winning the toss will look to bat first on this pitch as chasing looks difficult at this venue

The skipper of Southern Vipers, Georgia Adams has done a lot for her side. She scored 166 runs with the bat and picked up 7 wickets with the ball as well.

Charlotte Taylor is another important player that should be added to the team. She is the leading wicket-taker for her side, having scalped 11 wickets from six games that she played.

Sterre Kalis could be an X-factor player for Northern Diamonds in the upcoming game. She has amassed 208 runs that she played at an average of well around 42 and has two fifties to her name.

Linsey Smith has been the best bowler for her side in the ongoing tournament. She has bagged 10 wickets after featuring in 5 games. 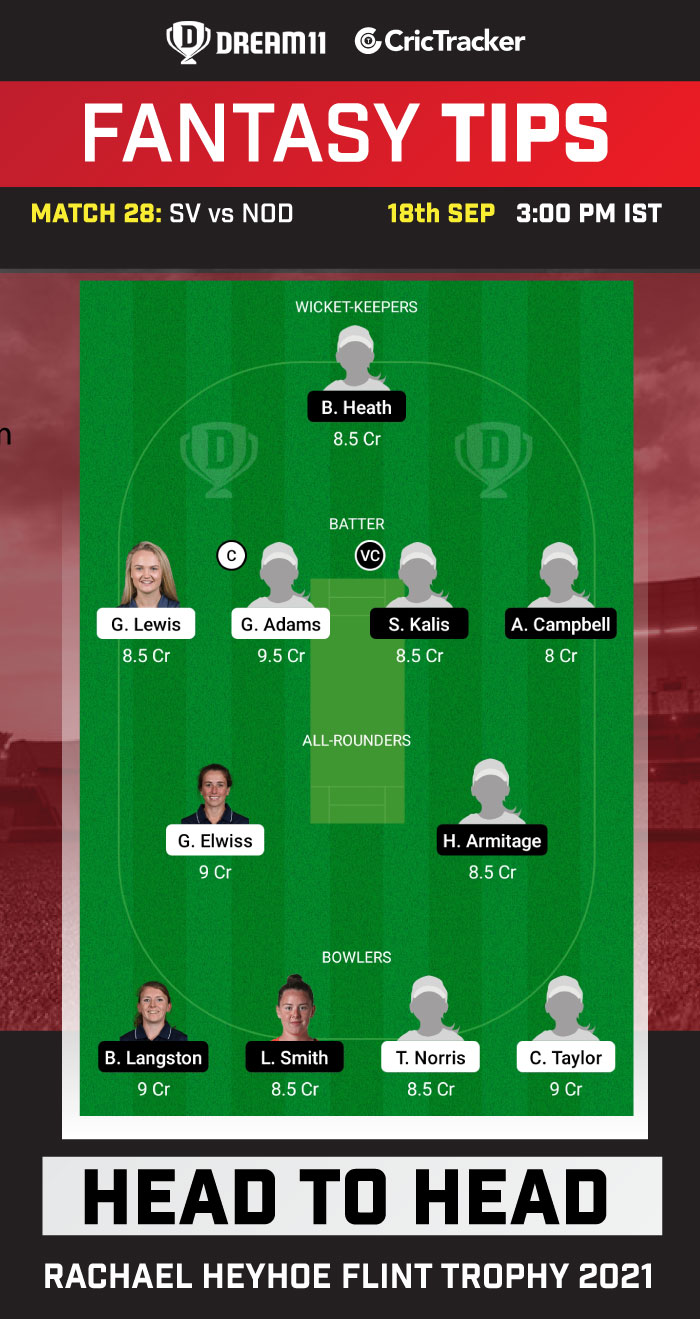 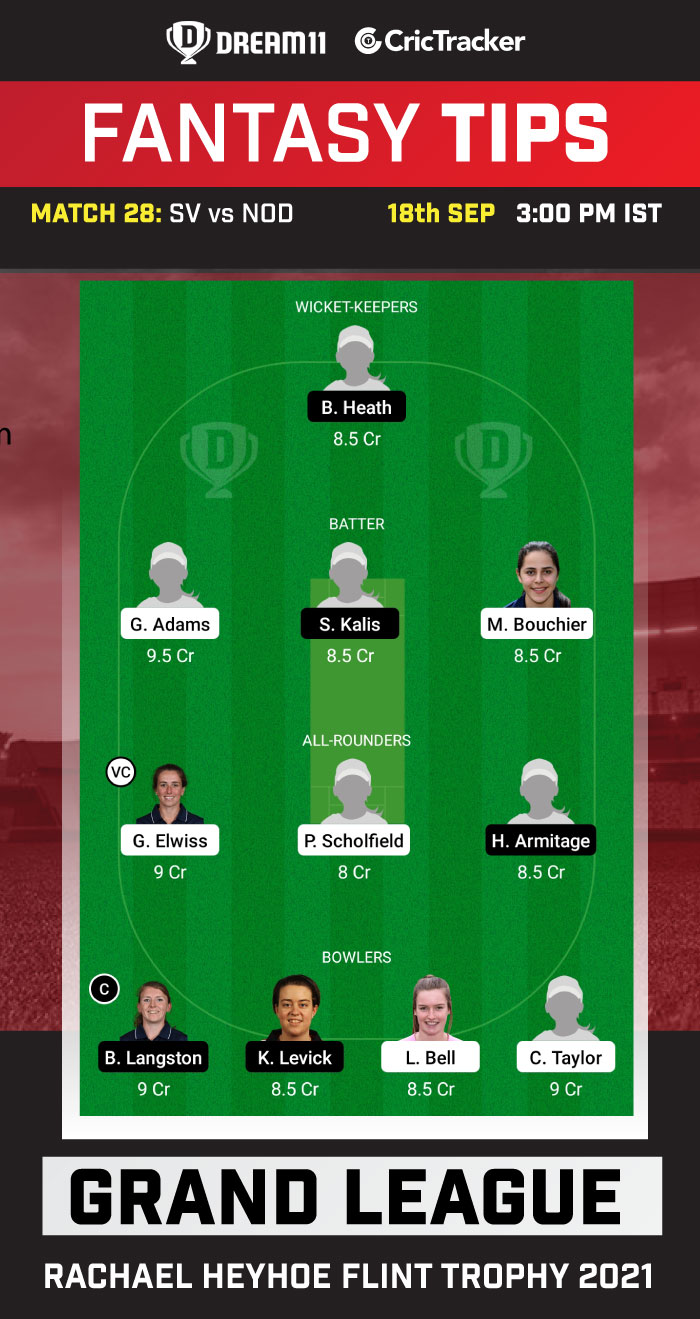