It will be a close match as Saurashtra team is very balanced in all the departments.

The 4th Quarter Final of the Ranji Trophy 2019-20 wiĺl be played between Saurashtra and Andhra at the CRS Sharma College Ground in Ongole.

Saurashtra and Andhra will meet in a do or die match in Ongole, both teams have a decent run in this tournament, Saurashtra finished the league stage at 4th position in their Elite A & B group with 31 points while Andhra Pradesh finished at 5th position with 27 points in 8 matches.

Surely Saurashtra has upper hand over Andhra Pradesh in the league stage but this match will be played in Ongole where Andhra Pradesh has played 3 matches in this tournament and won all 3 of them, as the hosts will be more familiar with the pitch, it will be a close match as Saurashtra team is very balanced in all the departments.

The forecast for the four days in Ongole is almost clear and we will witness the full match without any interruption of rain, and temperature will be around 25 to 30°C according to AccuWeather.

First innings lead will be crucial on this pitch. In the last 3 matches, Andhra took lead in 1st inning and won all 3 of them. This is a typical Indian pitch where Initial two days will be helpful to batsmen and after that spin bowlers will come into play and this is the starting time of summer in India, so due to heat, the pitch will wear rapidly and quickly spinners will come into the action.

In the last league match, Saurashtra has rested some of their key players but as this is a do or die match, both the teams will come up with their best XI 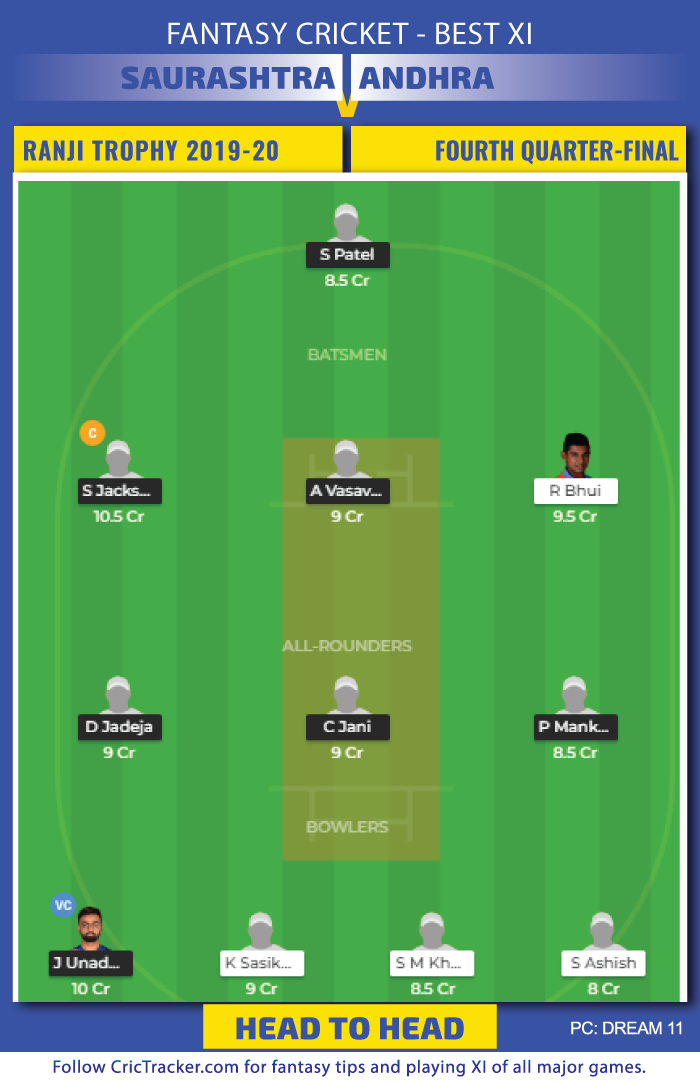 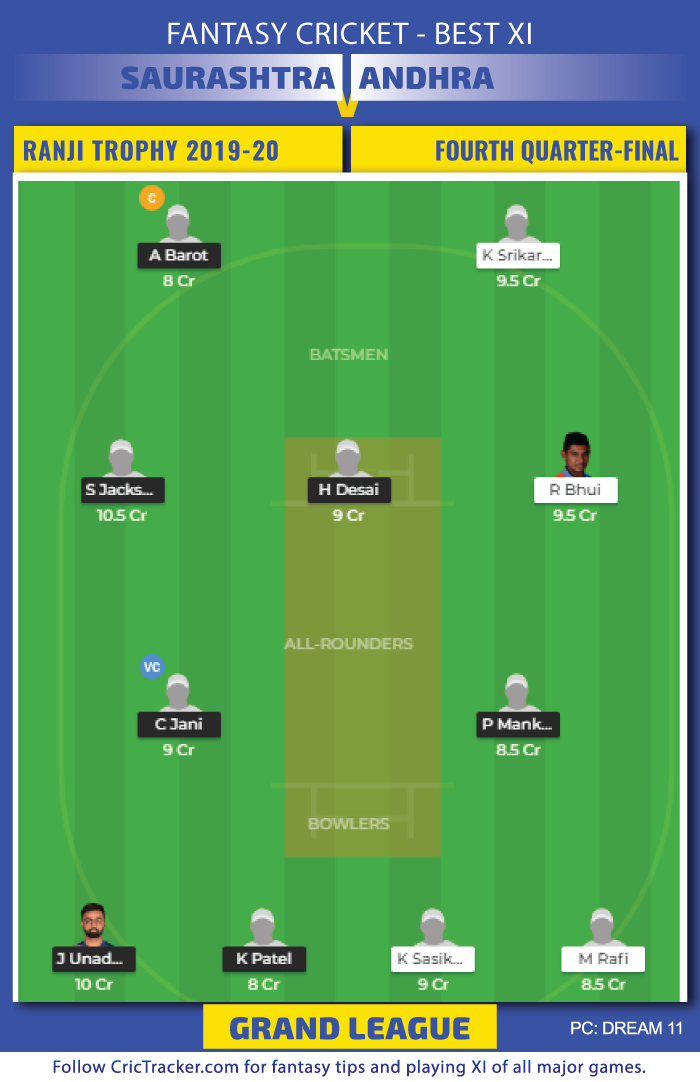 Try to pick more bowlers and all-rounders in your team because both teams have good bowling attack and any batsman might have off day on the field.

Andhra Pradesh has played 3 matches on this ground in the league stage and have won all 3 matches, so they will have upper hand in this match.